That SSM Mural in Newtown Has Already Been Painted Over

“My father warned me not to mess with the Catholic Church.” 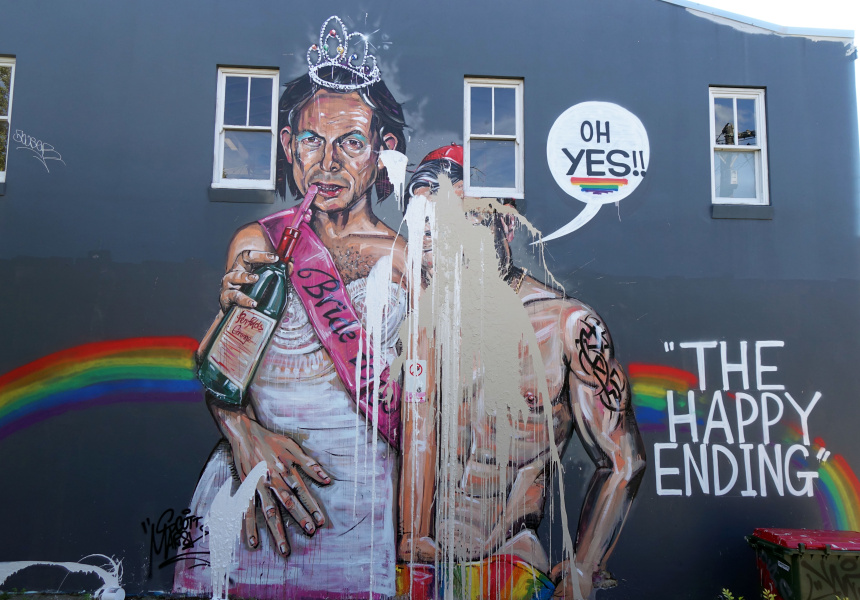 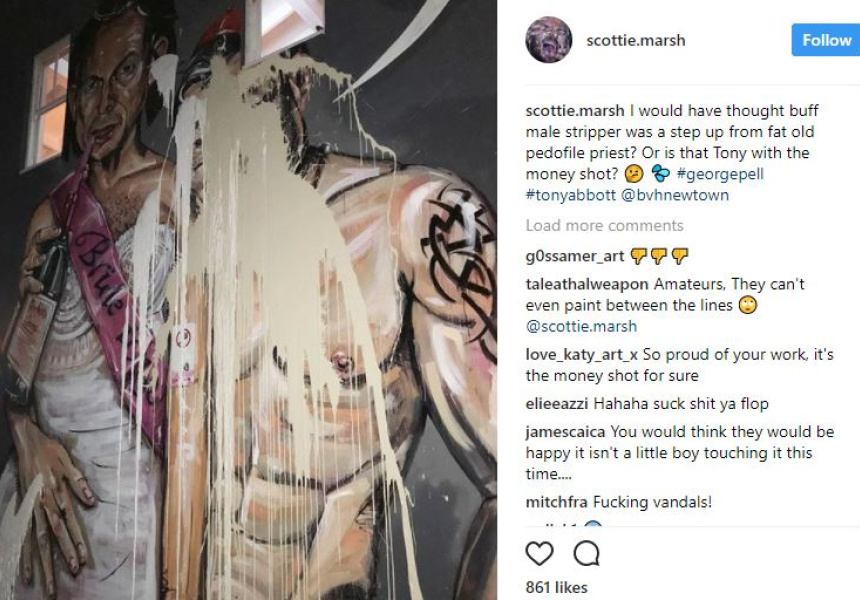 Last night around 5pm, artist Scott Marsh finished a same-sex marriage mural on the back of the Botany View Hotel in Newtown, Sydney.

The Happy Ending took two days to paint and depicts Liberal MP Tony Abbott in a wedding dress, sucking from a bottle of Penfolds Grange with a plastic penis straw. He wears a sash that says, “Bride to be”. Cardinal George Pell stands next to him, near naked, showing off some impressively cut abs, with Abbott’s hand down his rainbow-striped jocks. The two men have both strongly opposed gay marriage equality. (Note: 75 per cent of Abbott’s electorate, Warringah, voted “yes”.)

The pub was one of many spots celebrating yesterday’s win and tapped a free keg of alcoholic lemonade for the occasion. But while things were happy on the inside, they weren’t necessarily so on the outside.

“The manager called me and said he had taken the pub’s phone off the hook because of the religious folk calling the pub non-stop all night,” Marsh says. The pub has also racked up 743 one-star reviews on its Facebook page from people offended by the mural.

“Absolutely stunned! As someone who voted yes and believes there should be equality for all, I'm gobsmacked by the distasteful mural that now adorns your wall,” one user wrote.

One bold person was sufficiently offended to throw paint over the mural at some point between 6pm and 10pm, when the pub was still packed with revellers.

I would have thought buff male stripper was a step up from fat old pedofile priest? Or is that Tony with the money shot? 🤔 💦 #georgepell #tonyabbott @bvhnewtown

“They had a lot of paint and a good throwing arm, as the mural is pretty tall,” Marsh says. “It’s a great collaboration with the church, who have really over over-emphasised George Pell’s excitement at the historic ‘yes’ vote by plastering his face with white paint. Well done.” 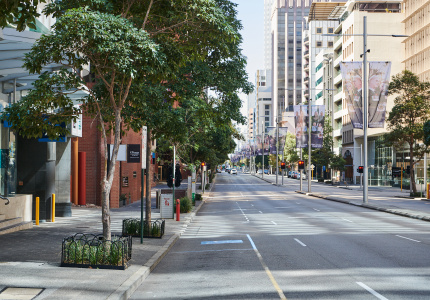 WA Announces It Will Open Its Borders To Interstate Travellers, But Conditions Apply

WA Announces It Will Open Its Borders To Interstate Travellers, But Conditions Apply