Some of Australia’s Best Women Writers Are Dropping Free, Signed Copies of Their Books on Public Transport This Week

Keep an eye out for books by Maxine Beneba Clarke, Kitty Flanagan, Clare Bowditch and Anita Heiss in honour of International Women’s Day. Photography: Photo by Will Tarpey on Unsplash
by Che-Marie Trigg
Share

It’s a literary lottery of sorts – this week, free books by popular Aussie women writers will be left on buses, trains, trams and ferries in Brisbane, Sydney, Adelaide and Melbourne.

The giveaway is being conducted by Books on the Rail, an organisation that leaves books on public transport for readers to take home, read and then re-share. This latest drop, in honour of International Women’s Day (on Sunday March 8), aims to encourage people to read more books by local female authors. Books on the Rail was founded by Aussie authors Ali Berg and Michelle Kalus in 2016.

Commuters can track the upcoming drop on Instagram, Facebook and Twitter. Previous giveaways have included Love by Zoë Foster Blake, The Coconut Children by Vivian Pham and About a Girl by Georgie Stone. 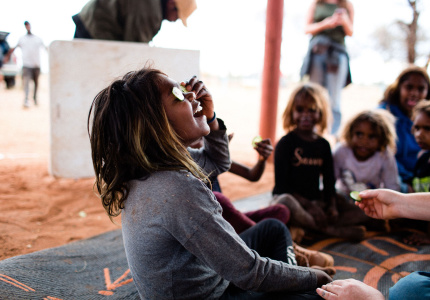