The program connects hospitality businesses with people in need of a meal in Victoria, New South Wales and Queensland. 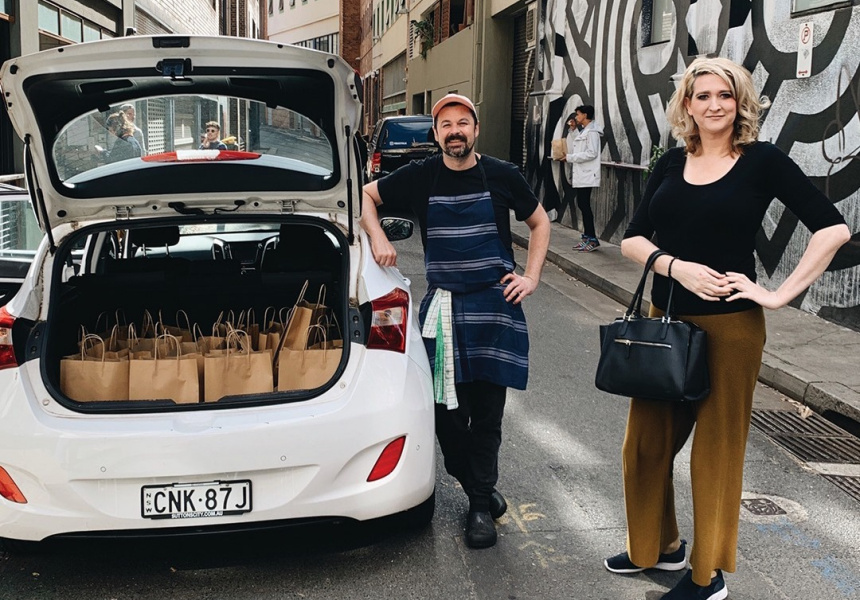 The coronavirus crisis has hit the hospitality industry hard. The unemployment rate increased from 5.2 per cent to 6.2 per cent from March to April, according to the Australian Bureau of Statistics, with the number of unemployed people jumping from 104,500 people to 823,300. Jobs in the food and accommodation sector alone have slumped by a third.

In response, Melbourne-based social enterprise Streetsmart has launched Smartmeals, a program aimed at keeping hospitality staff employed while providing food security in vulnerable communities. Smartmeals connects community groups that provide support for those affected by homelessness or unemployment with restaurants, cafes and other venues in Melbourne, Sydney, Woollongong, Brisbane and the Gold Coast.

Keeping chefs in kitchens and feeding vulnerable groups has been a “double win” for the two communities, which have both been heavily affected by the coronavirus pandemic, according to Streetsmart co-founder Geoff Hills.

“[Many] charity meal programs had to shut down because of coronavirus, so we got in touch with hospitality businesses that had all these skilled employees facing unemployment and put them to work,” says Hills. “It made sense to bring these two affected industries together to help prop each other up.”

Streetsmart has partnered with eight venues around Australia to deliver the service, including Melbourne’s Ladro and Earl Canteen, and Single O in Sydney. The venues then cook and deliver meals to local community groups, such as St Mary’s House of Welcome in Fitzroy, Melbourne, or the Gold Coast Youth Service, which distribute the food to those in need.

Earl Canteen co-owner Jackie Middleton and Ladro co-owner Sean Kierce were instrumental in getting the program off the ground, Hills says.

“The way it’s been built has been thanks to the efforts of Sean and Jackie, particularly at the beginning. They helped give us legs by providing feedback around our trial period on what was and wasn’t working,” he says.

The Smartmeals campaign has already seen 8450 meals delivered to people in need around the country, and almost $73,000 distributed to hospitality businesses. (Streetsmart has raised more than $6 million to support social services in Australia since it began operating in 2003, through annual initiatives involving the country’s cafe and restaurant communities.)

The program has also given venues some flexibility in the kitchen.

“With Earl Canteen we’re seeing gourmet sandwiches created with fresh fruit and vegetables, and we’ve had pasta and risotto coming from Ladro,” Hills says. “Venues are generally making things that they would normally cook but simplifying them to be more universally palatable and easily transportable.”

The success of the program means it will likely continue, even once restrictions are eased and hospitality businesses reopen for dine-in customers.

“At the beginning it was a week-by-week thing, but there’s been increasing demand for a service like this. The issue of food security for vulnerable individuals is long-term, even compared to the pandemic,” Hills says. “Community organisations that haven’t had meal programs in place are using us now to provide those, so I think we’ll continue to do that going forward.”