“The Opposite of What We Experienced Last Year”: It’s Looking Like a Wet Summer, Australia

The Bureau of Meteorology has released its outlook for the next couple months, and there’ll be plenty of rain – flooding even – and hot, sweaty nights. Sadly bushfires are also likely. This summer is going to be wetter than normal, but bush and grassfires can still be expected – that’s the gist of Australia’s weather outlook for the next few months, according to the Bureau of Meteorology.

The active La Niña event means increased rainfall across the country until at least the start of autumn, and an increased risk of flooding in eastern parts of the country.

“Our climate outlook is the opposite of what we experienced last year in Australia,” says Dr Andrew Watkins, the bureau’s head of operational climate services. “This summer, New South Wales, Victoria and Queensland are expected to see above average rainfall, meaning we face an increased risk of widespread floods.” 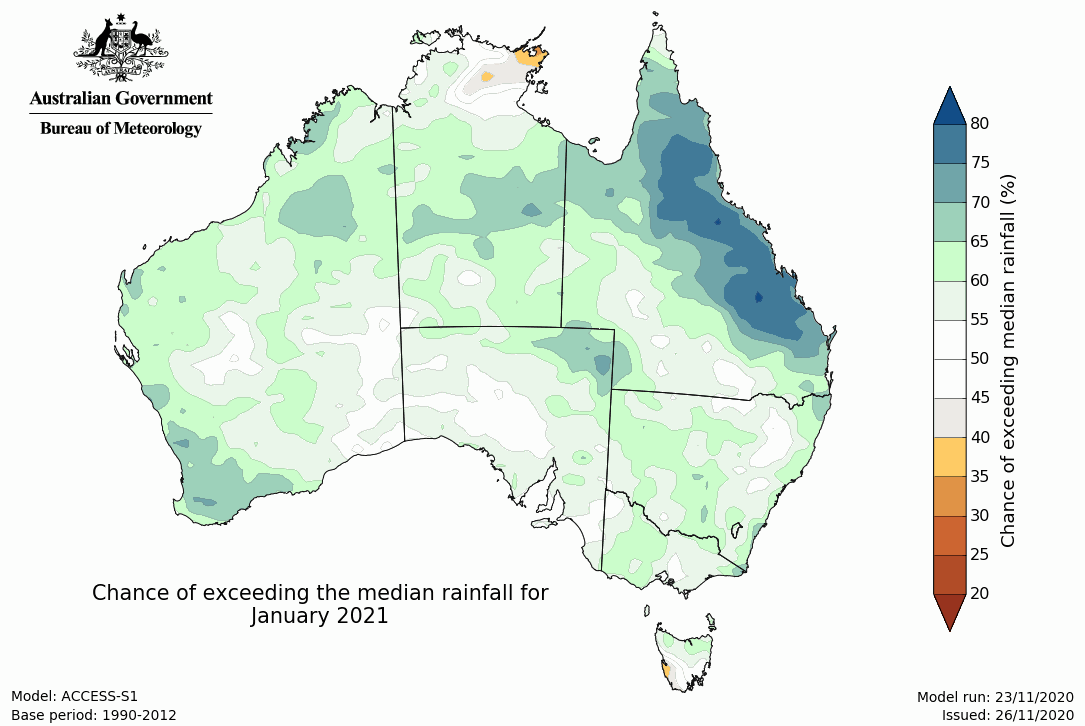 He says that while the risk of bushfires isn’t as high as last summer’s unprecedented blazes, fires will still occur in some parts of the country.

“There's a great chance of grass fires in some areas as recent rain and warm weather have led to vigorous vegetation growth,” he says. “South eastern Australia is one of the most fire-prone regions in the world. Even short periods of hot and dry weather increase the risk of fire in summer."

And the heatwave in Sydney over the weekend was a taste of things to come: there will be more in coming months.

“This summer heatwaves may not reach the extreme temperatures of recent years, but may be longer duration and more humid, which can still have a significant impact on human health,” Watkins says. "Daytime temperatures in summer are likely to be near average, but there will be periods of high heat combined with milder periods.”

And because average night-time temperatures between December to February are anticipated to be above the long-term average across almost all of Australia, sleeping is likely to be tough going for those without air conditioning.

Meanwhile, northern Australia is on track for an average (to slightly above average) cyclone season. The region typically sees nine to 11 tropical cyclones each year, with the first usually developing earlier during La Niña years.

The Bureau of Meteorology releases information about heatwaves here.

And here's Broadsheet's guide to sleeping when it's offensively hot.