Aboriginal-owned-and-led social enterprise Clothing the Gaps, together with Yorta Yorta woman and writer Taneshia Atkinson, on why Australia Day is a day of mourning – not celebration. 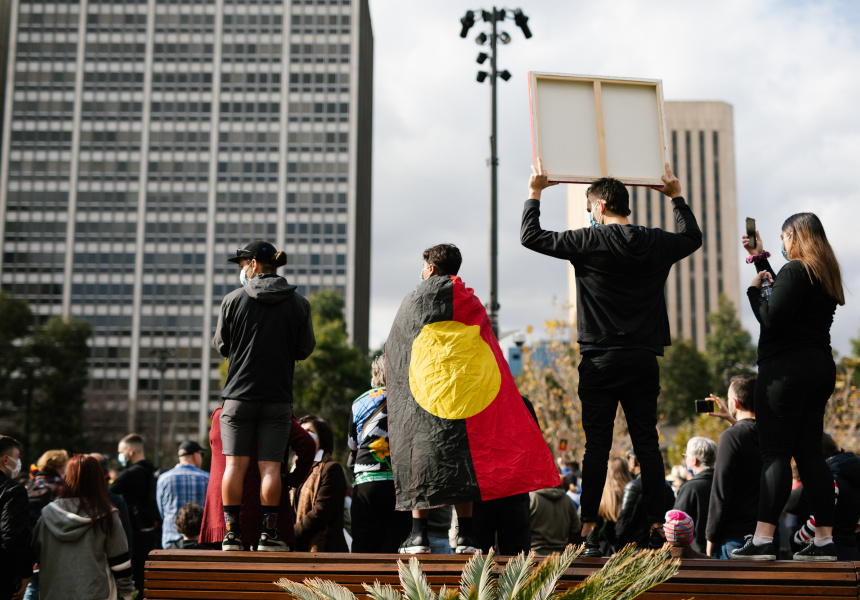 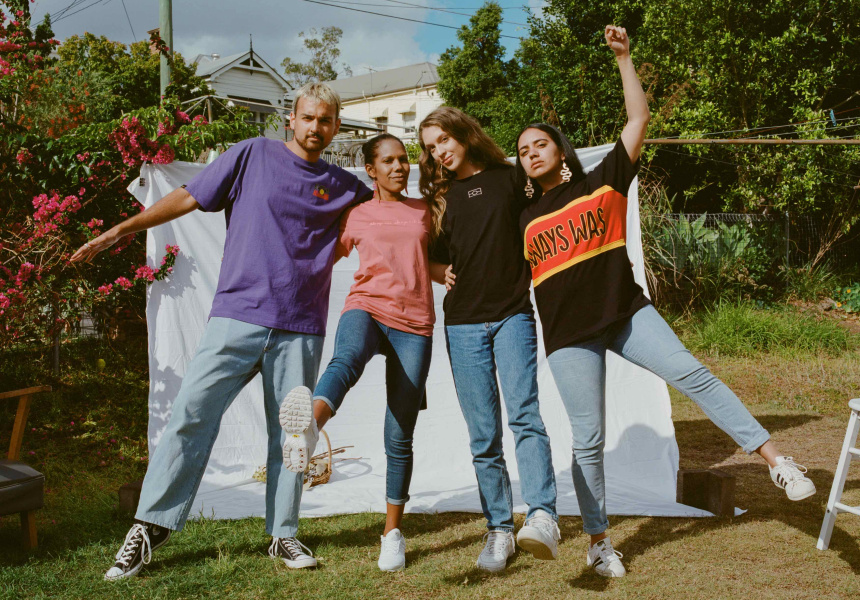 “To me, January 26 is an annual placeholder that highlights the continued colonial violence towards centuries of mob, and the ignorance and lack of empathy present in Australia. The celebration of invasion and perpetuated colonialism makes me feel deep anger, sadness and disappointment, however, I’m constantly reminded of the strength and resilience of our mob,” Atkinson writes.

Why January 26 is, well, significant
Since 1994, January 26 has been dubiously celebrated in each state and territory as “Australia Day”, observing the day that Captain Arthur Phillip “founded” the penal colony of New South Wales on already occupied Aboriginal land by raising a Union Jack flag at Sydney Cove in 1788. Phillip was tasked with finding a suitable location to relocate convicts that had been exiled from Britain, and in doing so he disturbed, invaded and occupied what we now know as Sydney.

This day marks the beginning of colonial violence, illegal occupation, dispossession of land and attempted genocide. Australia was not an undiscovered empty continent
On August 22, 1770, Captain James Cook landed at Kamay (Botany Bay) claiming the discovery of what we now know as Australia, and implementing the doctrine of terra nullius, which translates to “land belonging to no one”. It contradicts Cook’s journal entry from April 26 that year, where he wrote: “[I] saw several [smokes] along shore before dark and two or three times [a fire] in the night.” Based on this journal entry alone, Cook was well aware the land was occupied. Despite this, he continued his voyage and allowed news to reach across the seas that the unknown southern land was a boundless place to share – uninhabited – and ready for occupation by the Commonwealth.

To affirm that Australia was “discovered” is to actively erase history and perpetuate terra nullius. Archaeological evidence ties Aboriginal people to the mainland of Australia for more than 65,000 years, but history books perpetuate the false narrative of discovery to legitimise ongoing colonial invasion.

Massacres, dispossession and attempted genocide – British settlement was far from peaceful
It’s estimated that the population of Aboriginal people decreased by a devastating 90 per cent between 1778 and 1900. The convict-loaded ships that arrived were also loaded with smallpox, influenza, measles, tuberculosis and sexually transmitted infections, all of which Aboriginal and Torres Strait Islander people had no resistance or immunity to.

Aboriginal and Torres Strait Islander people were not saved by settlers
The first step of colonialism is to assume political and legal domination over the existing population. By 1911, every state and territory in Australia had introduced “protection” policies, which gave the government almost full control over the lives of Aboriginal and Torres Strait Islander people.

They were denied basic rights – including freedom of movement, where they could live, custody of their own children, the right to marry and the right to practice culture and speak language, to name a few. It’s estimated that under the false guise of protection, as many as one in three Aboriginal and Torres Strait Islander children were stolen from their families and placed into institutions or with settler families where they were subject to many forms of abuse, and exploited as cheap or slave labour.

In addition to these humanitarian crimes, Aboriginal and Torres Strait Islander people were subject to harsh policies of segregation and assimilation. Operating under the assumption of Black inferiority and white superiority, the government attempted to assimilate Aboriginal and Torres Strait Islander people into settler society, believing they’d die out through natural selection, and that “half-castes [sic] could be converted to a white citizen”. “Protection” and “assimilation” were purely euphemisms for genocide.

Many of the children, grandchildren and great-grandchildren of these Aboriginal and Torres Strait Islander people are alive today, and we have inherited the intergenerational struggle, anger and memory of these events.

In actual fact, the first official national Australia Day was observed on July 30, 1915 to raise funds for World War I. It wasn’t until 1994 – just 27 years ago – that all states and territories across Australia landed on January 26 as the date of the national holiday. “The 26th of January, 1938, is not a day of rejoicing for Australia’s Aborigines; it is a day of mourning. This festival of 150 years’ [of] so-called ‘progress’ in Australia commemorates also 150 years of misery and degradation imposed upon the original native inhabitants by the white invaders of this country,” said Aboriginal civil rights leader Uncle Jack Patten at the time.

Led by the Aborigines Progressive Association and the Aborigines Advancement League, the Day of Mourning succeeded in raising awareness about the conditions Aboriginal people were subject to, but pleas to boycott Australia Day celebrations were blatantly ignored and continue to be ignored to this very day. Eighty-three years on, we continue fighting the fight our grandparents fought. 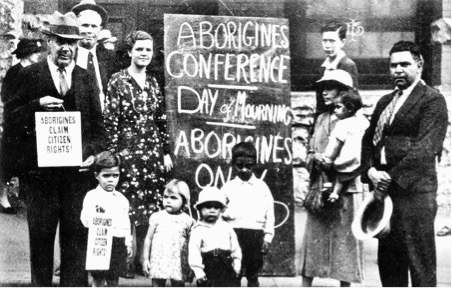 “It happened 200 years ago, get over it.” Here’s why we can’t just get over it.
It’s important to recognise that colonialism is an ongoing process and isn’t a thing of the past. Colonialism didn’t end 200 years ago. Colonialism is prevalent today and has its roots deeply planted in every part of our society. As Kurnai/Gunai, Gunditjmara, Wiradjuri and Yorta Yorta writer Nayuka Gorrie wrote in 2019, “[colonialism] manifests in black incarceration rates, child removal rates, assimilation in the form of education and entertainment”.

Colonialism has introduced and perpetuated a society that normalises the structural oppression of Aboriginal and Torres Strait Islander people, while centering and benefiting settlers. Not convinced?

All you have to do is take a look at the systems that fail us across all endeavours, in politics, education, employment, justice and health. These systems were not designed for Aboriginal and Torres Strat Islander people to succeed in.

Alarmingly, we are 16.5 times more likely to die in police custody, and somehow this is not considered a national priority.

The state is continuing to remove our children from their families at a disproportionate rate.

Despite the admiration and appreciation Australia has for its war heroes, we have a national War Memorial that will not officially recognise the Frontier Wars.

Stolen Wages have still not been returned to the thousands of Aboriginal and Torres Strait Islander people who had their wages stolen or who were subject to slavery – yes, slavery happened in Australia too.

Aboriginal and Torres Strait Islander cultural heritage is still overseas in British museums. Our government is failing to address climate change, which is severely threatening the Torres Strait Islands. We are defamed and labelled as sooks for calling out blatant and covert racism.

We are still fighting for land rights and land protection against a government that allowed a 46,000-year-old sacred site to be destroyed by one of the biggest mining companies in the world.

We are expected to sing a divisive national anthem that dismisses history, even with the symbolic groundbreaking change to the lyrics.

And, as a cherry on top, James Cook and Arthur Phillip are immortalised in Sydney – and just last year their statues received round-the-clock taxpayer funded protection at the height of the Black Lives Matter movement, because apparently #StatueLivesMatter. 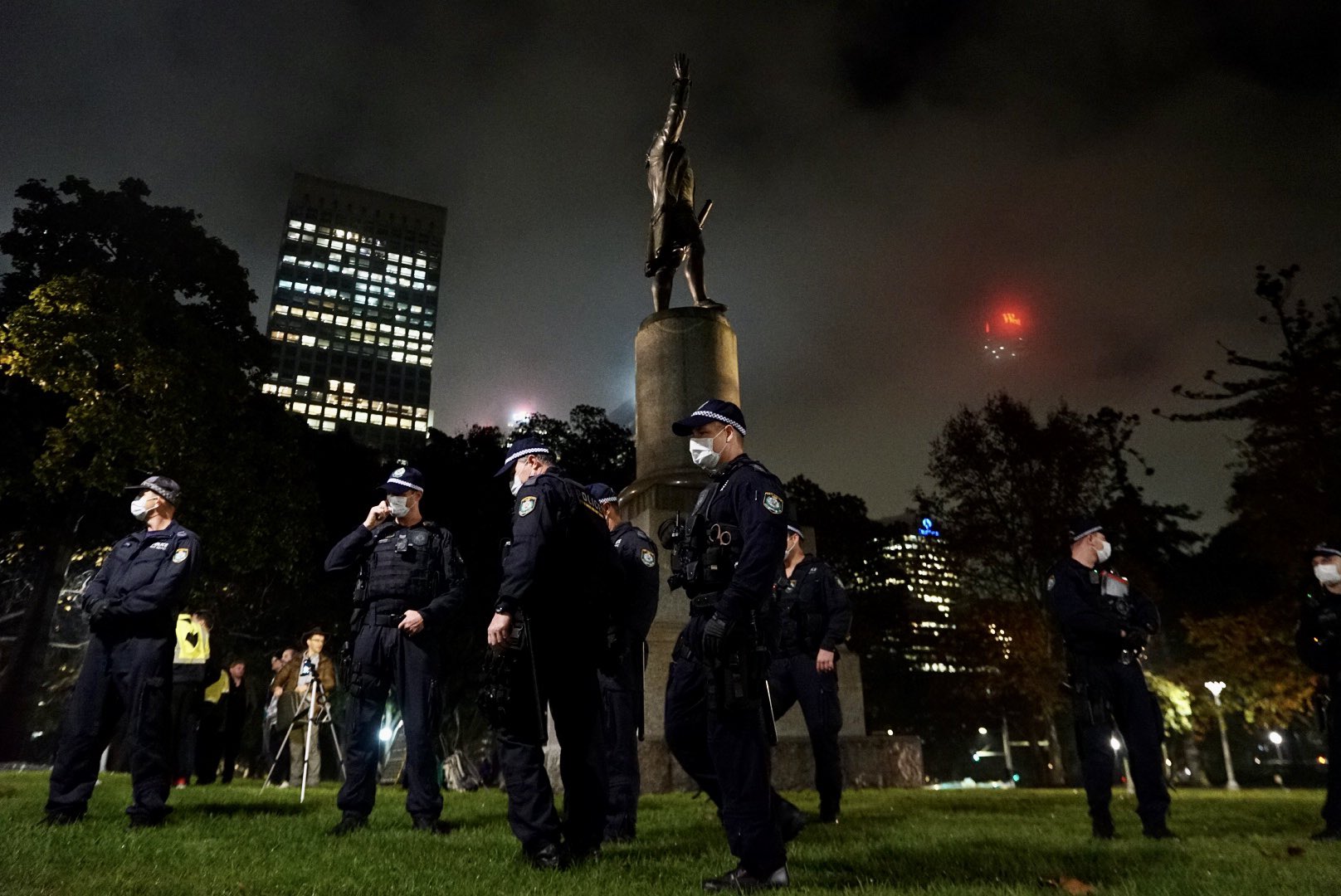 When Aboriginal and Torres Strait Islander rates aren’t highest nationally in suicide, incarceration and child removal, then we may be a country worth celebrating. But until then, every day in this country is a day of survival.

As Sophie Verass wrote in this brilliant opinion piece for NITV in 2018, let’s call Australia Day for what it is: a legacy of invasion and a “birthday for Anglo-Australia”.

Anglo-Australia was born on the bodies of Aboriginal people.

A version of this article was first published on Clothing the Gaps' website. 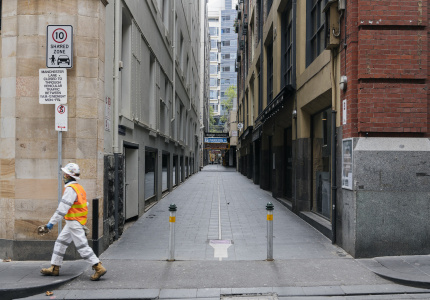 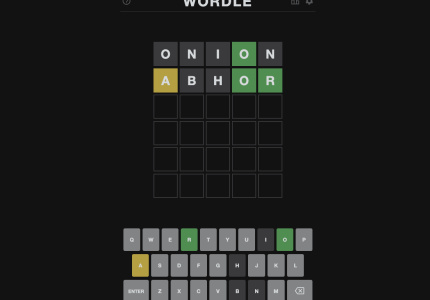