The national cabinet will meet earlier than expected to consider loosening federal restrictions related to covid-19. But the prime minister says that before that can happen, the public needs to help the government jump one final hurdle.
Photography: Twitter / Scott Morrison MP
by Nick Connellan
Share

The national cabinet, a group made up of every state and territory leader, was formed earlier this year to deliver a united response to coronavirus.

The group met again today. In the press conference that followed, Prime Minister Scott Morrison announced that a scheduled discussion about relaxing coronavirus restrictions has been moved forward.

“Today, the national cabinet agreed to bring forward our consideration of the decision on relaxing restrictions to next Friday,” he said. “We’ll be meeting twice over the course of the next week to ensure that we can work through the many things that have to be resolved in order to make those decisions.”

To be clear, only the decision has been brought forward. When the national cabinet meets on Friday May 8, it could conclude it’s still too early to relax restrictions.

The prime minister said the government’s plan has been to contain the virus’s immediate spread with isolation measures, while building more robust, long-term responses. Before the country can begin reopening, 15 such criteria must be met. Stockpiles of medication, ventilators, coronavirus testing kits and personal protective equipment must reach certain levels, for example. Likewise, a portion of the public health workforce must have undergone training, and the capacities of hospitals’ intensive care units built up.

The prime minister said 11 of those 15 criteria have been met, but there’s still one major condition outstanding: the Australian public’s uptake of the government’s controversial Covidsafe app (available here), which tracks community transitions of the virus.

Though 3.5 million people have already downloaded the app, that’s not enough, he said: “There needs to be millions more. This is incredibly important. This is a critical issue for national cabinet when it comes to making decisions next Friday.” 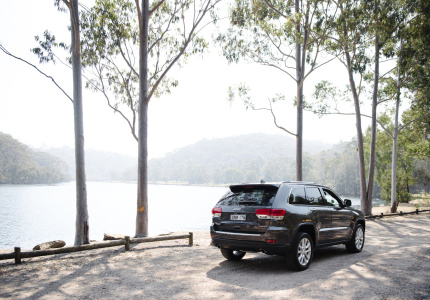