La Niña Is Bringing All the Mozzies to the Yard

Old mate La Niña is creating the perfect breeding ground for another summer spoiler – the mosquito. We find out more, including clever ways to combat these unwelcome blow-ins. Just when you thought La Niña couldn’t make summer any less appealing, it’s gone and created the perfect conditions for a bumper mozzie season. The CSIRO is warning about an increased risk of mosquito-borne infections in some places, and mosquito experts around Australia are sharing tips on how to keep the annoying arthropods at bay – for the sake of your health as well as your sanity.

In Australia, most bugs we encounter in urban centres aren’t particularly harmful. But Dr Perran Ross, a research fellow at the University of Melbourne School of Bioscience, says mosquitos, even in cities, aren’t just irritating, they can be dangerous.

“Mosquitoes are more than just annoying. In Australia, mosquitoes spread dengue, Ross River virus and Barmah Forest virus [and] may also be responsible for transmitting the Buruli ulcer – a nasty flesh-eating bacterium that can cause disfigurement and disability if left untreated,” says Ross. He adds scientists have noticed “concerning patterns of transmission” of the disease around Melbourne in recent decades.

The collision of potentially dangerous mosquito populations with people in urban centres is mostly thanks to our changing weather, says the CSIRO. “In Australia, climate change is making areas like Sydney and Melbourne more receptive to invasive mosquito species and therefore the diseases they spread.”

The CSIRO also reckons that some efforts to respond to the changing climate are adding to our woes. The rainwater tanks installed during the drought are increasingly a place where invasive mosquito species “thrive”, says Trewin.

Mozzie experts reckon there is more we can do to combat these unwelcome blow-ins than grabbing the (CSIRO-invented) Aeroguard. According to Trewin, the humble pedestal fan offers good frontline defence – the cooling breeze we feel is an impenetrable windstorm to a mozzie, he says.

“The most effective protection against mosquitoes is to stay indoors, particularly at dawn and dusk when many species of mosquito are most active,” adds Ross. “Install fly screens to keep mosquitoes from getting inside. When outside, wear long clothing and cover unprotected skin with mosquito repellents, especially those that contain DEET, which is a very effective mosquito deterrent.”

As we reported earlier this year, some clever brands are even treating clothing with odourless repellants that keeps mozzies and other bugs like ticks, flies and midges away.

Another tip? Find someone who is more attractive to the pests than you. Ross says it’s true that mosquitoes prefer some people over others. It’s mostly down to genetics and your “unique blend of odours” – so hanging around people who are mosquito magnets will likely mean less bites for you. And while you can get sick from just one, reduced bites mean reduced risk.

We’re not the only country being affected by the mozzies. The Asian tiger mosquito, aka “the BBQ Killer”, has spread from its natural habitat in recent decades and is now menacing barbeques and picnics across Europe and America, biting the unprotected up to 100 times per hour. It’s been found at most seaports and some airports in Australia, and has established a population in the Torres Strait, but so far, we’ve managed to keep it off the mainland.

The CSIRO says these invasive species are the types we should be most concerned about.

Ross also reminds us that, despite being irritating, mosquitoes are also pretty important. “They contribute a lot to our ecosystem, acting as pollinators and sources of food for birds, amphibians, fish and other insects. Some mosquitoes are beneficial to have around – there are some species where the larvae eat other larvae from species that spread disease.” 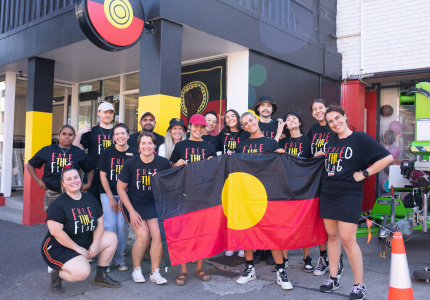