The Climate Council says extreme weather events are putting our suburbs at risk. Victoria’s Bass Coast council is calling for both short- and long-term financial support from governments, as its beloved beaches vanish before residents’ eyes. The Bass Coast – which includes southern coastal havens such as Wilsons Promontory, Phillip Island, Cape Paterson, Inverloch and Venus Bay – is facing extreme erosion, with some parts of the “pristine” coast “only one storm event away from being changed forever”, local councillors say.

“If you live in a low-lying area, by the sea or in bushland you should be worried.” Mayor Michael Whelan said this week.

The Bass Coast Shire council is now calling on state and federal governments to make an “urgent” contribution of $12 million as some beaches disappear before the community’s eyes.

The plea comes as the Climate Council releases new data suggesting one in 25 Australian properties will be effectively uninsurable by 2030. It has also shared an interactive map that lets people check their property’s risk.

With global sea levels expected to rise an average 0.84 metres by 2100, long-term solutions are imperative to the coast’s survival. But the Bass Coast council says an immediate response is needed to tackle the situation as well.

Whelan thinks more needs to be done before the next extreme weather event hits the region. “We’re urging the state and federal governments to fund immediate ‘soft’ coastal protection measures, such as sand renourishment, to secure the coastline from being irreversibly changed in the next big storm.”

The state government is currently delivering the Cape to Cape Resilience project, which it says “combine[s] the latest science, technical assessments and community aspirations” to devise and enact a long-term plan to protect the region, as well as its infrastructure and assets, long into the future.

The issue, and its potential effects on the landscape and those who rely on it, has long been “a number one priority” for the area. In 2018 then-mayor Pamela Rothfield sounded the alarm, saying “the beaches and natural landscapes on which our economy depends may be lost and literally swept into the sea”.

Bass Coast is one of Victoria’s fastest growing rural areas, according to the council website. Its main towns of Wonthaggi, Cowes, Inverloch, San Remo and Grantville play host to more than 3.4 million holidaymakers each year. 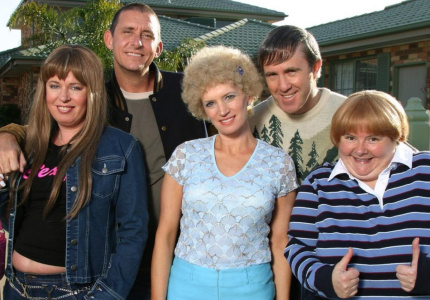