The “bush capital” hides a hub of outsized creative outlets. In partnership with Visit Canberra, we speak to the fashion designer behind George about favourite little-known spots in Australia’s underrated capital. Designer Georgina Whigham didn’t just grow up in Canberra. She considers the city’s close-knit creative community crucial to the success of her knitwear brand, George.

“There’s a really vibrant creative community here,” she says. “People are perhaps more willing to share knowledge, connections and mentorship with each other than in saturated cities like Sydney and Melbourne. I feel like people in Canberra are really open to connecting.”

Whigham also loves the city’s proximity to nature. “Canberra has the ‘bush capital’ nickname for a reason,” she says. “You can feel like you’re in the middle of nowhere but look behind you and see the city.”

From a creative community hub to a hidden coffee shop, a bushwalk and a waterfall, here’s a handful of Whigham’s favourite things to see, do and visit in Canberra.

Ceremony
George is actually Whigham’s side hustle; she’s also a full-time exhibition designer at the National Gallery of Australia, which this year has curated Ceremony, the latest show from the National Indigenous Art Triennial. Indigenous curator Hetti Perkins, an Arrernte and Kalkadoon woman, has brought together work from 38 artists centred around the concept of ceremony. There will be ceramics, paintings, films, live installations and sculpture on show, and the exhibition opens to the public on Saturday March 26 with Paul Girrawah House carving designs onto several living trees under the guidance of his mother, respected Elder and traditional custodian Dr Matilda House to form part of a permanent installation.

Church Neighbourhood Goods
Run by two friends with a passion for food, drinks and skateboarding, Church Neighbourhood Goods is a “community hub” in an alleyway in the Melbourne Building (one of Canberra’s oldest structures). It started off as a cafe that sold skate clothes, but has since expanded into an all-day restaurant that serves burgers and local beers at night, while hosting gigs, events and collaborations with local artists. Whigham says it’s popular with Canberra’s creative community: “It’s got a nice, grungy vibe that draws a different crowd to other places.”

Kyo Coffee Project
Whigham says some new developments can feel like they don’t contribute to what makes a city work. “But [then] some get the right people involved and get it right,” she says. Kyo Coffee Project is one such place: a Japanese fusion cafe tucked inside a big, brand-new apartment block in Braddon. “I go here more than anywhere,” she says. “It has a beautiful courtyard with all these plants hanging down from the ceiling, there’s really great coffee and it’s really well-priced.”

Raku
At Japanese fine-dining restaurant Raku in Canberra’s CBD, head sushi chef Hao Chen serves up art gallery-worthy plates of sashimi and meat cooked over a robata grill alongside an extensive drinks list. “It’s pricey, so it’s somewhere I would only go for a special occasion,” says Whigham. “But there’s a set lunch menu during the week which is really great value and the interior fit-out is just beautiful.” Available on weekdays only, the Express Lunch Menu is $45 a head and gets you six dishes, including six pieces of sashimi, miso soup and a main.

Walk the Gibraltar Falls
Whigham says Gibraltar Falls are like Canberra’s version of the beach. “[You] can take lunch and snacks and spend the day there.” About a 45-minute drive from the city, it’s an easy walk (about 30 minutes) through the glorious bush of the Tidbinbilla Nature Reserve, where you’ll find the waterfall and barbeque and picnic area nearby. 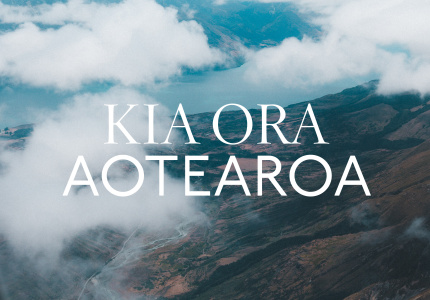