If you live in a major city, get ready for more wild weather. Here’s why. 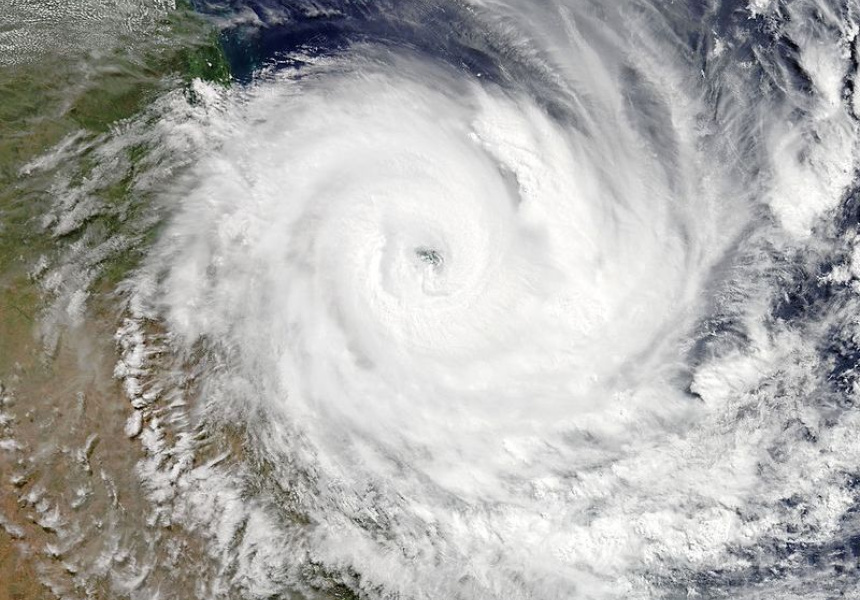 In February, Sydney saw a month’s worth of rain fall in a single hour. In March, Brisbane was flooded by Cyclone Debbie. This month, Melbourne had the average rainfall for the whole of April in a day.

We call these “extreme weather events.” As the climate changes, we’re going to see more of them.

A new report by the Climate Council, Intense Rainfall And Flooding: The Influence Of Climate Change, has found extreme rainfall events are increasing in intensity. Bushfires, drought, heatwaves, storms, and extreme wind are all also expected to become more frequent, and not in some far off future: it’s already happening.

Greenhouse gases released from burning of fossil fuels act like a blanket over the atmosphere, trapping heat. “As you get a warmer world, you get more heatwaves,” explains McKenzie. On land, that means more bushfires. In the ocean, it leads to the coral bleaching that has devastated parts of the Great Barrier Reef, as well as other effects such as ocean acidification.

Another consequence of the greenhouse effect is more moisture in the atmosphere, as warm air can hold more moisture than cold air. Obviously, more water vapour in the air means a higher chance of intense downpours, but this effect is not uniform across the globe, or even the country. Some places, like south-east Australia, are getting drier.

The costs of extreme weather

Extreme weather events can cost lives. In 2009, 432 people died in Victoria and South Australia in a heatwave that preceded the terrible Black Saturday fires, in which another 173 people perished. In 2011, 23 people drowned in the devastating Queensland floods. In November 2016, eight people died in Melbourne when a freak thunderstorm triggered a city-wide asthma event.

There are other health risks associated with extreme weather events. Floods are often followed by water contamination and outbreaks of mosquito-borne diseases. Bushfires can contribute to poor air quality in cities. Hospital admissions for heatstroke, heart attacks and kidney problems go up during heatwaves.

The economic costs are similarly significant. Damage to property, road and rail networks and ports contributed to the 2011 Queensland floods’ $5 billion price tag. Continued coral bleaching on the Great Barrier Reef could reduce tourism spending by $1 billion a year. According to the Climate Council, bushfires currently cost the Victorian economy $180 million annually. That amount is expected to more than double in the next 30 years, to $378 million by 2050.

What climate change means for life in the city

If this summer felt unbearably hot, that’s because it was. More than 200 records were broken nationwide, including in Sydney, Brisbane and Canberra. Residents of Moree in the north-west of NSW sweltered through 50 days in a row of temperatures above 35 degrees. That’s nearly two straight months without a break in the weather.

Due to the urban heat island effect, cities are particularly susceptible to heatwaves. The trade-off we make for choosing to live somewhere covered in hard surfaces with very little plant life feels obvious whenever we walk through a park on a really hot day. But it’s also dangerous.

While each major city in Australia is vulnerable to different effects of climate change, heatwaves pose a universal risk. According to research from the Centre of Excellence for Climate System Science, Sydney’s summer heatwaves are already starting 19 days earlier. In Adelaide, heat extremes predicted for 2030 are happening now. The same report from the Centre of Excellence shows that over the past 30 years, the number of heatwave days has doubled in Adelaide when compared to the previous 30 years. Not only that, “The hottest day of their heat wave is 4.5 degrees hotter than it used to be,” says McKenzie.

Another threat to Sydneysiders is a rise in sea level. “The big issue is when there's a storm surge,” McKenzie says. “That's now riding on a 20-centimetre higher sea.” In 2016, huge waves caused by a low-pressure system damaged waterfront properties in Collaroy. In the future, regular flooding could affect even sheltered areas such as Darling Harbour.

In Melbourne, bushfire is a major risk, while Brisbane must contend with the possibility that tropical cyclones will move further down the Queensland coast. “There's going to be less cyclones overall, but the ones that do come are likely to be more severe,” says McKenzie. “You just saw from Cyclone Debbie that the destruction affected areas farther to the south than where Debbie actually landed.”

In Western Australia, sea-level rise threatens coastal areas such as Mandurah and Fremantle. Water security is also a major concern in Perth, which already relies on desalination plants for up to 40 per cent of its water supply.

Australia’s urban infrastructure is not keeping pace with the changing climate. “It’s built for the climate of the 20th century, not the 21st century,” says McKenzie, pointing to the blackouts that beset South Australia when high winds knocked over transmission towers in December 2016.

“We need to make sure we have a clear idea about what the changing climate will mean, and that we're ensuring that our infrastructure is prepared, our emergency services are prepared, and communities are prepared too.”