No – it’s not public art; it’s one of the latest ads for Australian Lamb. There’s also one addressed to the French president, and one grilling the British for losing the Ashes. 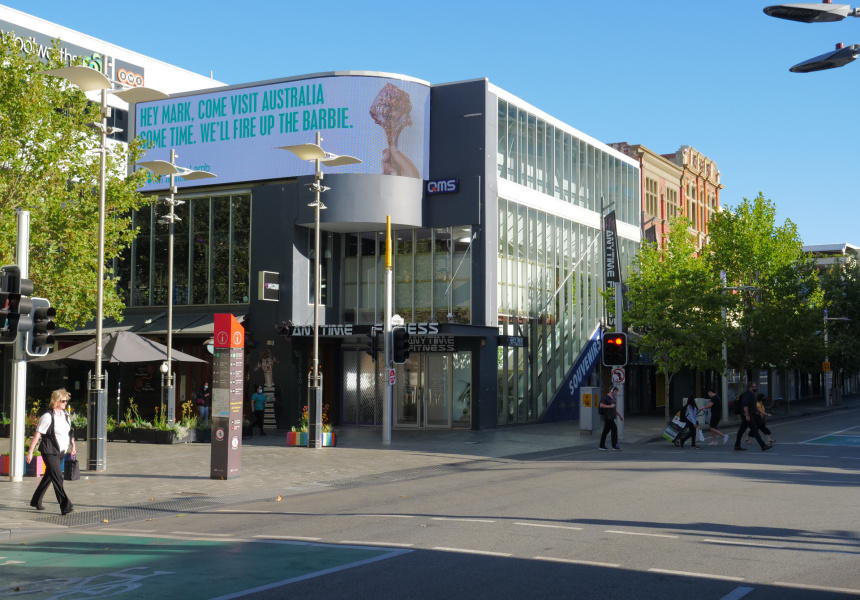 Australian Lamb’s latest ad campaign has seen a billboard pop up in Perth grilling the Western Australian Premier Mark McGowan. “Hey Mark, come visit Australia some time. We’ll fire up the barbie,” it says, referencing the state’s ongoing isolation from the rest of the country due to the border closure.

The tongue-in-cheek ad campaign is the latest by Meat and Livestock Australia to promote the eating of Aussie lamb. Each year it releases a series of attention-grabbing TV commercials – some more controversial than others. In 2017 its summer ad campaign received a number of complaints, with the Hindu Council of Australia saying it should be banned for being “crude and deplorable” by featuring “images of Ganesha to promote lamb consumption”.

Meat and Livestock Australia says this year’s ads, entitled “Letters to Leaders”, tap into “topical events and light-hearted rivalries”, and include billboards in London, New York and Paris all this week, until Sunday January 30.

The London billboard takes a jab at the recent Ashes cricket series played between England and Australia, of which Australian won. “Hi England, cooking lamb over some ashes if you’re keen?”.

The French billboard reads, “G’day Manny, Let’s forget the past. BBQ at my place? Kisses, Scotty”, referencing the recent nuclear submarine saga that saw a $90 billion deal between Australia and France dumped for one with the US and the UK. The Manny is of course the French president Emmanuel Macron.

The billboard in Auckland is addressed to the New Zealand Prime Minster Jacinda Ardern. “Hey Jacinda, BBQ at ours. No need to bring any lamb”, which Meat and Livestock Australia says is “a gentle reminder to our friends over the ditch where the best lamb really comes from”.

It also released a series of commercials entitled “Lost Country of the Pacific”, touching on the same themes. WA premier McGowan shrugged off the billboard in a recent press conference, saying “it was a very funny ad”.