The Best Bike Trails Around Australia

We may not be able to traverse the bike trails of Amsterdam right now, but we’ve still got some excellent options closer to home. In partnership with Magnum’s new Amsterdam-inspired Chocolate & Cookie Butter ice-cream, we pedal our way around some of Australia’s most spectacular urban cycleways. 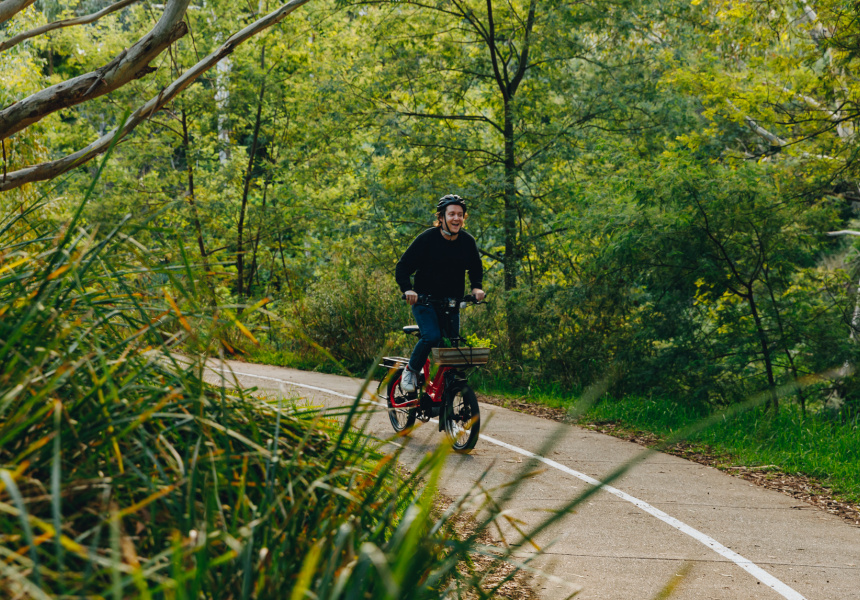 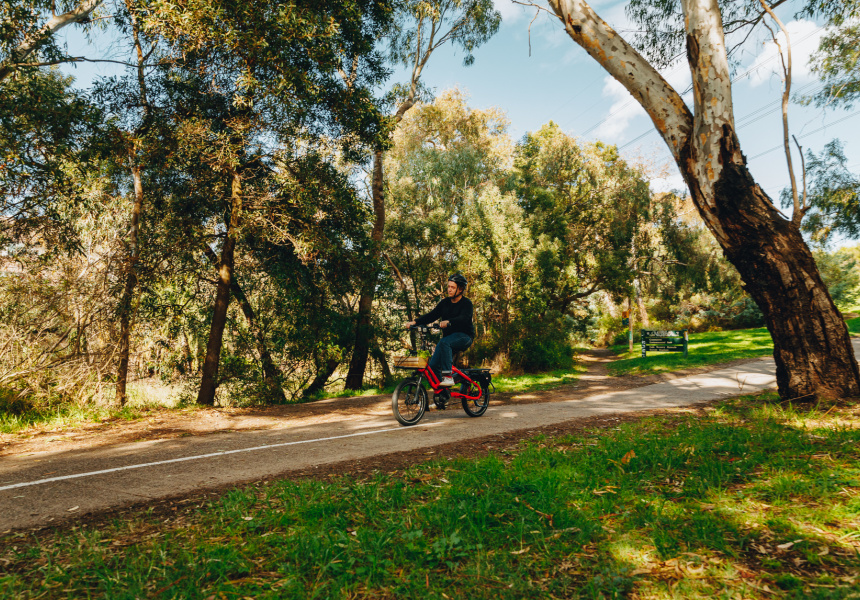 Sure, Amsterdam is the world’s most famous cycling city, but Australia’s state capitals give the European biking hub a run for its money. Australian bike trails cater for all tastes: you can pedal in the shadows of skyscrapers, past famous landmarks, beside the roaring ocean, along winding rivers and through natural landscapes you won’t find anywhere else in the world.

Dedicate your weekend to exploring one of these five world-class cycle paths in your own city (or interstate, if you’re lucky enough to travel). In partnership with Magnum’s new Amsterdam-inspired Chocolate & Cookie Butter ice-cream, we take a look at some of the best.

Capital City Trail, Melbourne
Traversing 30 kilometres in inner-city Melbourne, this circuit travels past many of the city’s famous sights, including the Melbourne Zoo, the aquarium, Como House and Garden, the Royal Botanic Gardens and Yarra Bend Park. The pathway stretches from Parkville to Clifton Hill in the north and Burnley and South Yarra in the south. A popular starting point is Princes Bridge near Flinders Street station, where riders can head east along the Main Yarra Trail or west towards the Moonee Ponds Creek Trail.

Marmion to Burns Beach, Perth
An easy 14-kilometre ride along well-maintained oceanside cycle paths, the Ride the Sunset Coast pathway is family-friendly and there’s signposted information along the route to explain significant flora and fauna on display. Lookouts, swimming spots, cafes and pubs dot the trail, which weaves its way past natural scrubland and stunning coastal views. Time your ride for late in the day to enjoy the spectacular sight of the setting sun sinking over the Indian Ocean.

Brisbane River Loop, Brisbane
The Brisbane River Loop is a brilliant 30-kilometre circuit that follows the banks of the meandering river past the CBD and through the city’s leafy suburbs. The path comprises a mix of cycleways and on-road riding, passing through West End and Yeronga on the eastern bank, Sherwood in the south, and St Lucia, Toowong and Milton on the river’s western side. Stop at Cafe on the Goodwill Bridge to refuel and take in the stunning city views.

River Torrens Linear Park Trail, Adelaide
This shared-use trail follows the river from the hills to the sea. The 30-kilometre River Torrens Linear Park Trail begins at Athelstone in Adelaide’s north before travelling through the city’s CBD and beyond to the river mouth at West and Henley beaches. Lined with river red gums and reed beds, the trail is an oasis hidden in the middle of the city and the suburbs. Playgrounds and scenic spots to stop for a picnic or to feed the ducks dot the route.

Cooks River Cycleway, Sydney
The Cooks River Cycleway is a celebrated 30-kilometre shared trail that cuts a path across the city from the north-west to the south-east. The trail begins at Settlers Park in Ryde, where it crosses the Parramatta River, and extends all the way to Botany Bay at Kyeemagh, 12 kilometres south of the CBD. Also known as the Bay to Bay Shared Pathway, the trail offers a fresh view of Sydney, swapping the famous sails of the Opera House and sweep of the Harbour Bridge for the familiar sights of the suburbs: everything from used car yards and sporting fields to market gardens and mangroves.

This article is produced by Broadsheet in partnership with the Magnum Destinations range. Magnum is giving four readers the chance to win the ultimate luxury holiday for two to their choice of The Whitsundays, Sydney, Melbourne or the Gold Coast by purchasing any Magnum Destinations product. Enter here