The Arnhem Land artist received the $100,000 Telstra Art Award for her monumental woven sculpture, which references the connections between Yolngu people and the people of modern-day Indonesia. It’s the biggest prize in the annual Telstra National Aboriginal and Torres Strait Islander Art Awards. 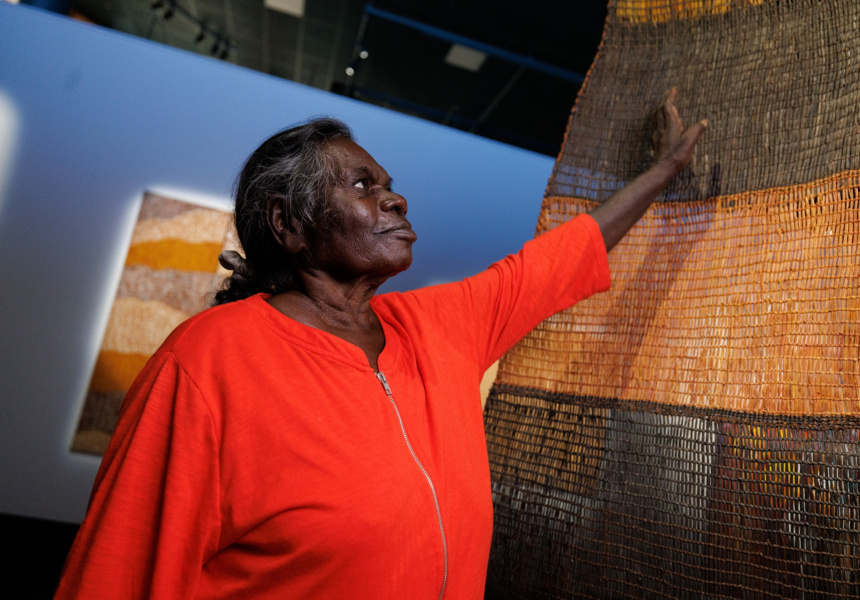 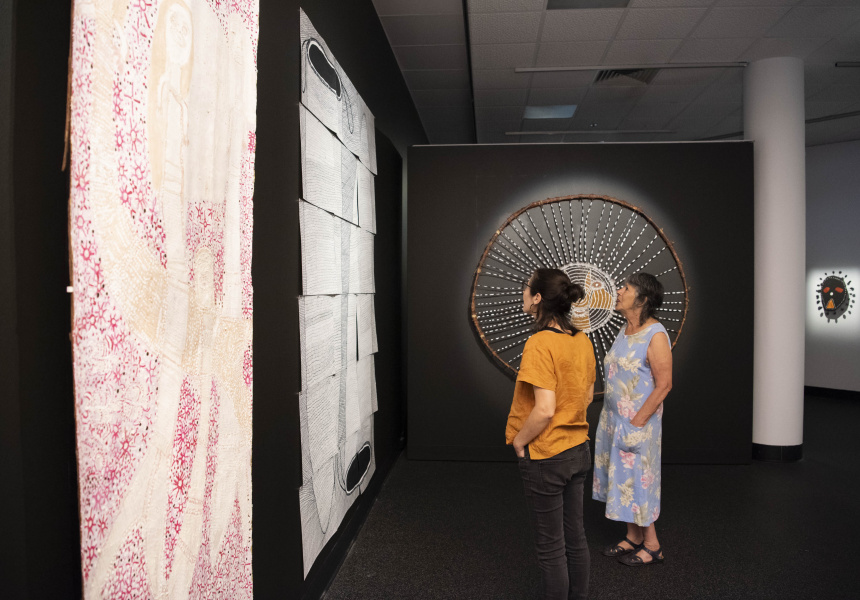 In its 38th year, the Telstra Natsiaas now hold a total prize pool of $190,000 (previously $80,000). Taking out the top prize is senior Yolngu artist Margaret Rarru Garrawurra, who was presented the 2022 Telstra Art Award at a ceremony in Darwin on August 5.

Rarru Garrawurra’s ambitious Dhomala (pandanus sail) won her the prestigious $100,000 prize. It is “a monumental sculpture”, in the words of judges Myles Russell-Cook and Dr Joanna Barrkman, who were impressed by the artist’s “majestic scale” and “exacting technical virtuosity”.

The sculpture references the artist’s cultural identity as well as the historical relationship between Yolngu people and those of modern-day Indonesia. “[It’s] a powerful work which reminds us that Yolngu have long been active and intrepid explorers, participating in international trade since well before the arrival of the Europeans,” added the judges.

The Arnhem Land-based artist said she was very proud to win the award. “Yolngu people were watching Makassan people [from the Sulawesi region] weaving their dhomala [sail] ... then they started to make them. My father picked up the skill as well … and I was watching,” she said in a statement.

See the full list of winners and view the virtual gallery at natsiaa.com.au.

The Telstra Natsiaa exhibition runs from August 6 to January 15, 2023, at the Museum and Art Gallery of the Northern Territory (Magnt) in Darwin.