Yes, Spencer Tunick Wants to Photograph You Naked During a Pandemic. No, Not the Way You Think.

With Stay Apart Together, the famous American photographer has found a way to document mass nudity in the midst of a global pandemic. 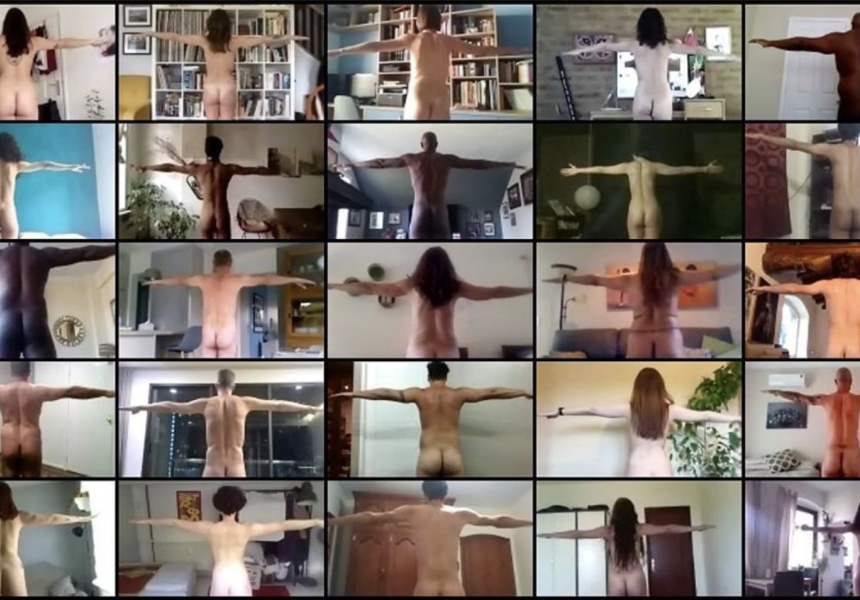 American photographer Spencer Tunick is best known for capturing ambitious displays of high-concept nudity en masse. He’s been doing it since the ’90s, with several visits to Australia over the years. Each time he announces a new project he receives thousands of applications from people eager for a chance to disrobe and participate.

He’s shot hundreds of people lolling about a vineyard in France; a crowd scattered across an alpine glacier in Switzerland; and in Cleveland and Montreal he arranged thousands of bodies across entire boulevards, like human brickwork. In Australia, Tunick has shot iconic photos in front of the Sydney Opera House and on a rooftop in Melbourne’s Prahran. All of his volunteers are photographed naked, happy to be a part of the collective experience.

That’s because Tunick’s work is about community and togetherness through shared vulnerability. And while those themes are certainly apt during a global pandemic, it’d be dangerous (and, in many countries, illegal) for thousands of people to gather together naked right now. But the artist isn’t letting that obstacle get in the way of his work – he’s launched a new digital project called Stay Apart Together. You take care of the nudity, he takes care of the rest.

To participate, just email Tunick indicating your interest. If your application is successful (there are usually thousands of applications), you’ll be asked to join a videoconference with dozens of others. Then Tunick will direct the scene just like any other shoot – only this time, he’ll screenshot you instead of hitting the shutter release on a camera.

This is your chance to finally put all you’ve learned about lighting and angles on video chat in isolation to good use. Stylistically, Stay Apart Together is a departure from Tunick’s regular work. But the overall effect – of mass nudity to send a broader message about humanity – is still there.

To volunteer in Stay Apart Together, send an email to s.tres.tres.tres@gmail.com.