Tropical Light Is a New 2.5-Kilometre Trail of Free Light Installations That Weaves Along the Darwin Waterfront

Bruce Munro – who gave us Uluru’s unearthly Field of Light installation – is back in the NT, this time with eight large-scale installations including ultraviolet Hills Hoists, a rainstorm suspended in time and a mythical Green Flash. 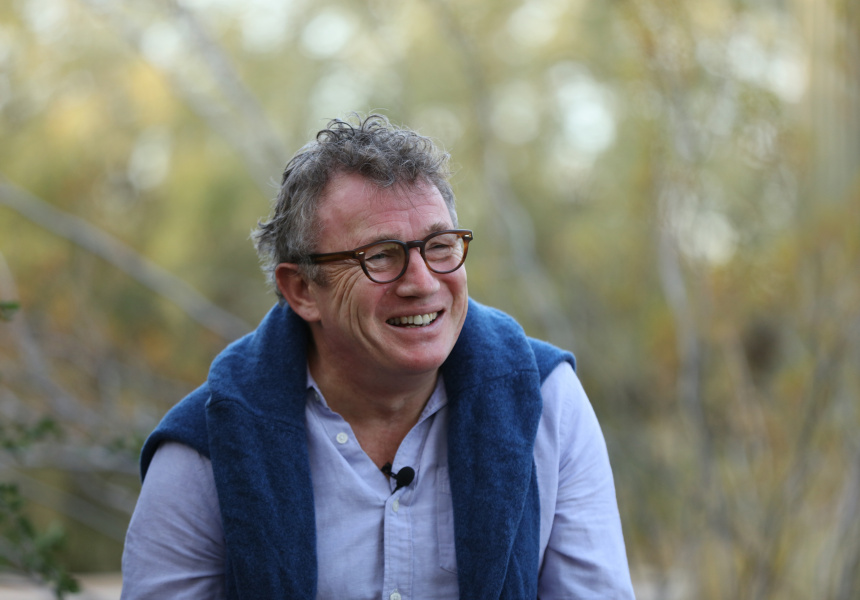 Coming from the east coast of Australia – where seasons change gradually and are marked by small epiphanies, such as the emergence of the purple jacarandas in Sydney – it’s difficult to fathom just how deeply a climate such as Darwin’s assaults the senses.

It’s the beginning of November, and the wet season is about to begin. But, counter to what a rain-hating metropolis dweller might think, getting wet isn’t all bad. What the locals are calling “tropical summer” means swollen rivers, mangoes, the re-emergence of birdlife, green shoots that appear on blackened tree stumps overnight, and downpours that offer welcome respite from the tropical heat. “I just love the wet season; it’s my favourite time of year”, I hear over and over again.

Sitting in the hotel room of London-born light artist Bruce Munro – best known in Australia for Field of Light, an unearthly work that turns the flatlands around Uluru into a glowing field of nocturnal wildflowers every night – it is all he can do to keep from raving about the landscape and its wild, unruly seasons.

Munro is in town for the launch of his latest exhibition – his first city-wide project – called Tropical Light, a 2.5-kilometre trail of eight large-scale light installations that weave along the Darwin waterfront in a cacophony of light and colour. He’s no stranger to the Northern Territory: Munro spent a significant amount of time in Darwin in 1992 when he travelled here from his then home in Sydney with his girlfriend (now wife), Serena Munro. The pair fell in love with the Top End.

“The first time I saw the sun sink into the sea in Darwin I was blown away by the colours and the light,” Bruce Munro tells me. “Australian light is incredible. The midday sun makes everything washed out. Early and late in the day – that’s where the chroma is. It’s very visceral light here. You’ll never see colour as rich as here anywhere in the world – and as washed out.”

While it might seem odd not to commission a local artist for this project, Munro is arguably better placed to appreciate the nuances of the region. As we talk, Munro takes me through years’ worth of sketches and notes jotted down in an impressive accumulation of diaries, from which he drew inspiration for Tropical Light.

“I believe your senses are heightened when you’re travelling,” he says. “When you’re in the landscape, you’re having an emotional response … It’ll trigger this sense of the past and of memory, and at the end of the day that’s all we have. And I’m always trying to take that experience down to its basic building blocks.”

Each of the eight new installations are based on personal memories, stories, impressions and observations that struck Munro during his initial trip to Darwin. Unlike his previous projects – which have generally been single, large-scale works that and enhance the landscape in an abstract way – these act as powerful visual anecdotes of specific Darwin experiences, distilling specific moments into miniature.

As I begin following the winding path of Tropical Light later that night, the air is heavy with Top End humidity that threatens to transform into a downpour. There’s something distinctly energised about the mix of heat and stars and moisture. I can hear the first installation before I see it, its crackling soundtrack of native bird calls mingling with the anticipation in the air. Gathering of the Clans encapsulates Munro’s appreciation for the cacophony of sulphur-crested cockatoos that woke him and Serena up every morning back in the ’90s. Two rows of Hills Hoists are embedded in the lawn at Civic Park, each one strewn with luminous clothes pegs made using a special fluorescent acrylic that Munro developed in his studio. Each ultraviolet peg is colour-coded to a different native bird call. It’s impossible to tell which colour matches which sound, but the chaotic effect feels entirely intentional. In fact, walking down the rows of clothes lines with their noisy avian ghosts and eerie radiance, the sensory overload makes me feel slightly intoxicated, like I’ve drunkenly stumbled into someone’s backyard.

The Green Flash, which sits among Darwin’s old Town Hall ruins, is a geodesic sphere made up of 1820 empty PET bottles that radiate like a setting (or rising) sun at dusk and dawn. As you watch, the sculpture moves through a spectrum of amber colours, periodically flashing green.

“Serena and I, in 1992, were trying to capture the ‘green flash’,” Munro says. “This is when the sun goes down and at the moment it’s at the last cusp of the sun, you’re meant to see this flash of green. You don’t have much to do when you’re travelling; our typical day would be to have a drink or two and get the cameras out and try to capture this mythical green flash. And I think we both loved seeing the sun go down. There’s a little bit of humour: I’ve never actually seen it, but I thought, the sunset is such a magnificent thing here, and I’m just going to build one for the hell of it.”

Munro’s knack for combining the personal and the ephemeral weaves throughout Tropical Light. One of the larger pieces in the exhibition, Light Shower, consists of 3000 raindrop-shaped orbs of glass filled with fine golden fibre-optic cables. These glass droplets are strung beneath the canopy of Darwin’s waterfront walkway. By day, glass catches the light and reflects prismatic, dappled flecks back onto the walkway; by night, they form a warm canopy of light that elicits a rainstorm suspended in time. It’s not raining when I walk through, but it’s easy to imagine the surreal effect it would have during a storm, with the crashing sound of rain on the corrugated tin roof, tropical showers coming down on either side and a shower of light above you.

What’s amazing about these installations is that they evoke nostalgia both for something specific and for something intangible. After just two days in Darwin I’ve seen beauty after beauty: swimming holes in Litchfield National Park fringed on all sides by red rock and cascading waterfalls, termite mounds dotting the landscape like soaring terracotta cathedrals, and a molten orb of a sunset that would compel even the most unsentimental viewer to post on Instagram.

But the clever thing about Tropical Light is you don’t need to understand Munro’s references to be moved by them. The walkable accumulation of Darwin impressions, collected magpie-style over three decades and filtered through the affectionate lens of a Top End adorer, heralds all the senses and propels a distinct experience into a universally comprehensible beauty.

Bruce Munro: Tropical Light is on now and runs until April 30, 2020 throughout the city of Darwin. 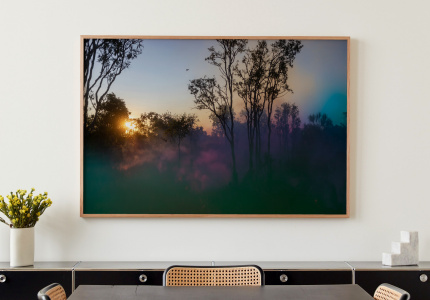