Tracing Back to a Childhood Obsession with Designer-Illustrator Beci Orpin

Melbourne artist and author Beci Orpin is celebrating Mickey Mouse’s 90th birthday with a piece that recalls a childhood milestone. In partnership with Disney, she discusses her love of the character and her fruitful career in art. 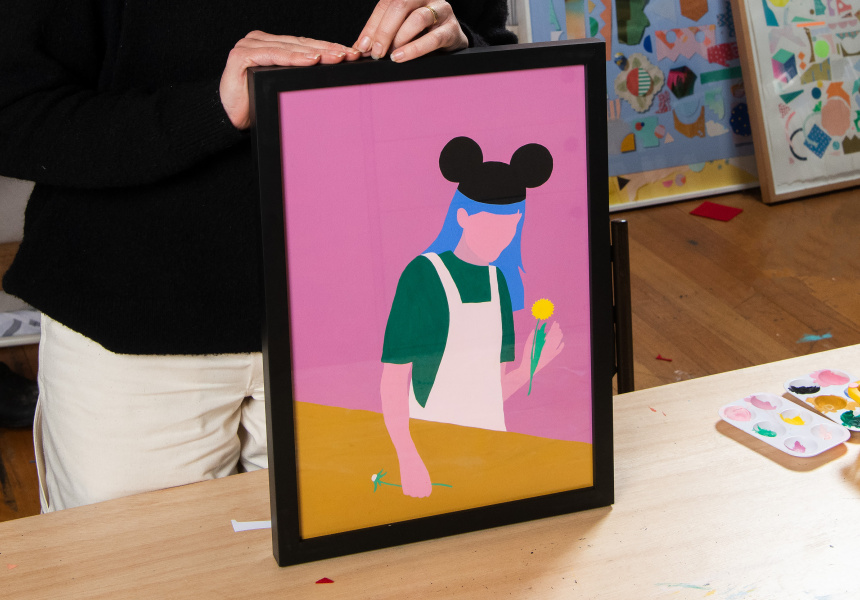 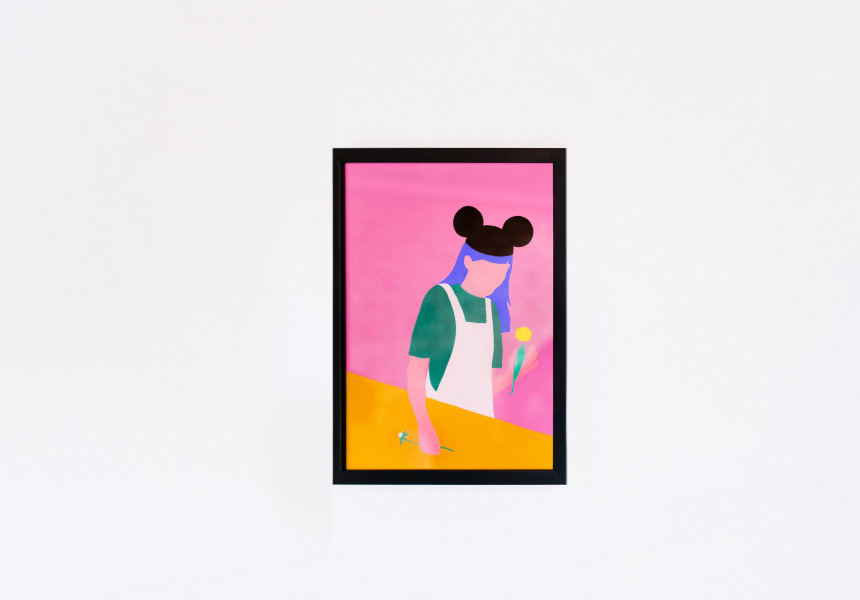 As a teen in the late ’80s and early ’90s, Melbourne designer-illustrator Beci Orpin was crazy about Americana. “I was really into things like Warhol, Lichtenstein and pop art,” she says.

When friend Jason Loucas, now a prominent Melbourne photographer, went to Disneyland, she begged him to bring her back a Mickey Mouse hat embroidered with her name. “I was a bit obsessed,” she says. He did, and the hat became a prized possession.

This memorable episode from Orpin’s past inspired the artwork she created to celebrate Mickey Mouse’s 90th– a “semi self-reflective” portrait of an adolescent girl wearing a Mickey Mouse hat, which uses blocks of bold colour.

The work is painted on paper, a medium she hadn’t used in years. Orpin learned to paint at university, but until recently had packed away her brushes. “It was so long ago, we didn’t really use computers,” she says. “But recently I’ve been painting again and I really love it.”

Orpin always knew she wanted to make a career out of creating art. “I always wanted to draw for a living; from a really young age that’s what I loved doing,” she says. “Working out how to do that was a whole different ball game.” Her interests in illustration, design and fashion led her to textile design, – “a really good medium for all those things” – which she studied at RMIT.

Today, Orpin runs a successful commercial studio in Melbourne where she shares a workspace with her husband, Beatbox Kitchen founder Raph Rashid, and his food trucks. She works on a variety of projects that can incorporate digital illustration, textile design and creative direction.

Lately she’s added publishing to her extensive portfolio. She’s written five books: a children’s book and four DIY titles for adults. Creating each DIY guide was “a huge undertaking” she says. “I had to design, write, test all the projects and do all the styling. It’s a whole lot of things; it’s not just illustrating.”

Her sixth book, another children’s title, is due out in October. Watch This! is a collaboration between writer Jane Godwin, photographer Hilary Walker and Orpin, who was responsible for art direction. “The book is about how kids can move their bodies into different shapes,” she says. “I’ve designed sets, which have children moving in them. It’s pretty wild.”

As an artist who’s made a career out of retaining a childlike enthusiasm in her work, Orpin says its Mickey Mouse’s ability to transcend generations that remains fascinating to her. “It’s his optimism and being a symbol for happiness, which has shone through since his creation,” she says. “This is what makes him an original to me.”