From intimate moments to colourful and energetic shots taken over Zoom, this year’s exhibition spotlights a year like no other. In partnership with the National Portrait Gallery, we look at the bumper crop of images that make up Living Memory – and how you can win a prize pack by voting for your favourite. 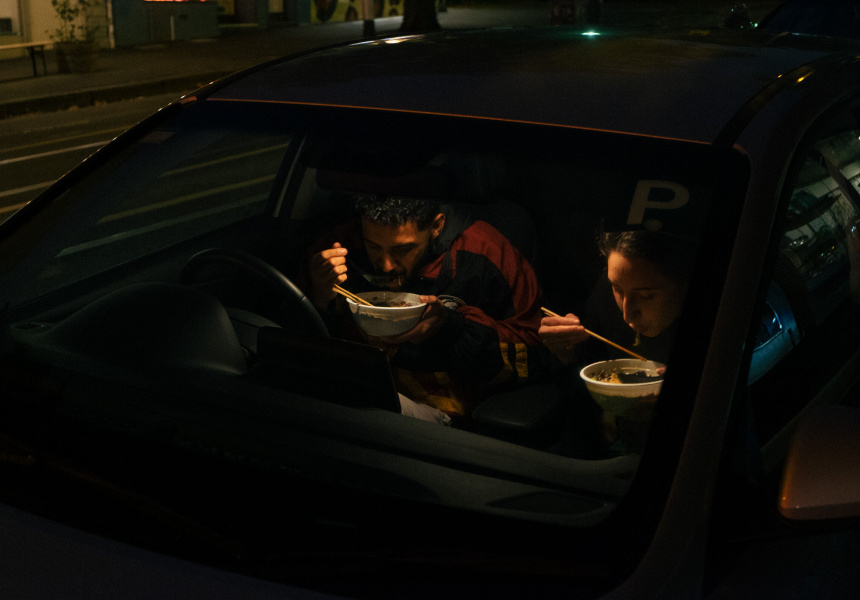 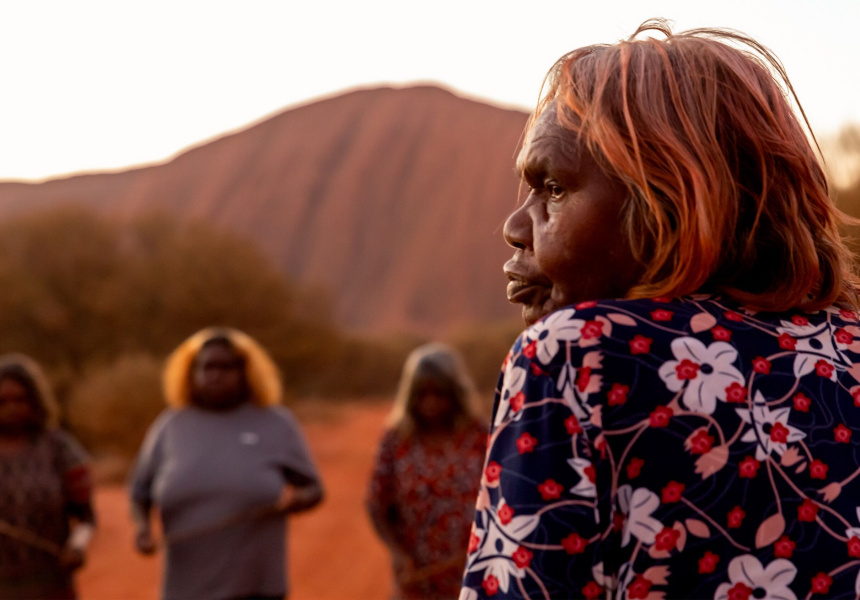 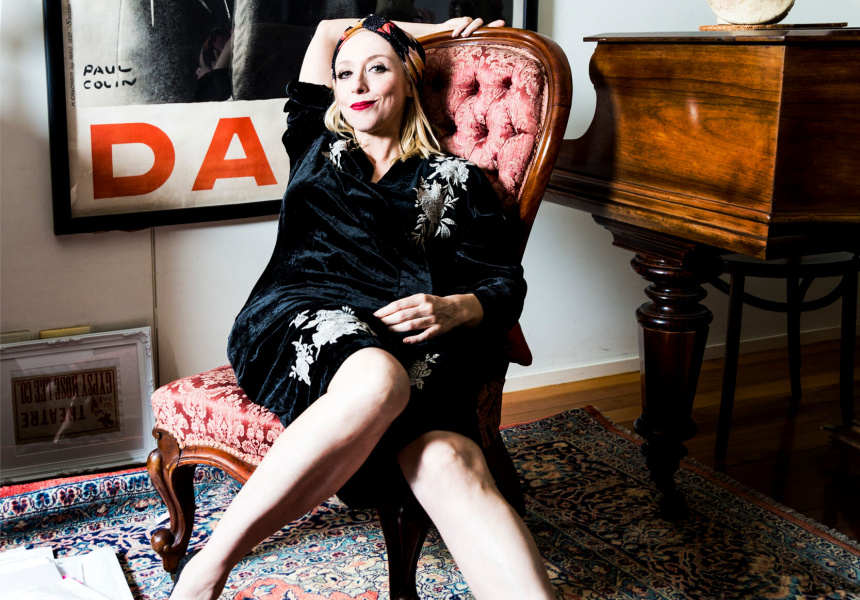 “Portraiture is important as it reminds us of the fact that we're not necessarily alone in certain things,” says Sandra Bruce, director of collections and exhibitions at the National Portrait Gallery in Canberra.

“Some portraits will resonate with us as individuals because we see something of ourselves in them or we see an experience that we can connect with. And on the flip side of that, it might introduce us to the other in a way that is accessible – so it helps us to learn about experiences that aren't our own.”

Since 2007, the National Portrait Gallery has run the National Photographic Portrait Prize. For 2021, however, it decided to do things a little bit differently. Only photographs taken from the end of October 2019 through to March 2021 were eligible – a timeframe that has encompassed an exceptionally unusual time in Australian history. So, for the first time, the prize was given a theme.

“We've given it a special context of ‘living memory’ this time around, because it does capture this period that we've been living through with bushfires and COVID,” says Bruce. This doesn’t mean that the entries were limited to these two big topics, however. The finalists – and the exhibition of their work – demonstrate a broad range of moments captured from across the country. The prize received around 3100 entries – the equal highest in its history – which were then whittled down to 79 finalists. The resulting exhibition is twice as big as previous years, with an entire pavilion of the gallery being dedicated to these pieces.

With so many experiences on display, with so many different styles, we asked Bruce to talk us through five of the most surprising works – and show you how you can win a prize pack by voting for your favourite.

Ruby James (Inma), 2019 – by Adele Wilkes
Ruby James is “an artist and ranger from the Kaltukatjara Aṉangu people up in the Northern Territory”. Photographer Adele Wilkes was invited up to take this photograph, on October 25, 2019, the day that Uluru was closed for climbing.

“It's such a significant moment in our very recent history,” says Bruce. “So much has come after that moment in October 2019 … the immediate past has been pushed to the wayside.” The portrait, however, shines a light back on it. “This is a real moment in Australia's history that will stand the test of time.”

The series was shot over Zoom during Melbourne’s second lockdown. “[Phoenix] initiated this series of virtual portraits where she reached out to artists she knew in the LGBTQIA performance sphere, and asked if they would be willing to be subjects,” says Bruce. The shoots would take place over an hour or two, and were a blend of photo shoot and conversation. Bruce loves this shot as it looks spontaneous while also being perfectly structured. “It seems to be a sort of a captured moment in time, but then at the same time, the structure of that composition is fantastic.”

Dining Room, 2020 – by Michael Pham
A couple sit in the front seat of a car eating takeaway noodles, lit by an interior light on a dark street.

“It’s a really dark portrait,” says Bruce. “It really speaks to that experience we had in lockdown where … you're sort of hemmed in by your four walls and you want to go out on, I guess, a date night – but the only thing you’re allowed to do is pop out and pick up takeaway then get back in your car and eat it.”

This portrait wasn’t posed – Bruce says the photographer Michael Pham was walking down the street with his camera and spotted the couple. He got their attention and mimed taking a picture. “[They] looked at each other and shrugged, ‘why not?’, then gave Michael the thumbs up,” says Bruce. “He got this fantastic shot of them living a moment we can all connect with, then they went on with eating their dinner and Michael kept walking down the street.”

Because it was a spontaneous photo, the photographer doesn’t know who the subjects are – which means they might not know that their portrait was one of the finalists for this year’s prize.

Max, 2020 – by Rachel Mounsey
A man stands in the centre of the frame, looking directly down the lens. Behind him is a dramatic border of dark, spindly trees. He’s standing in a creek on his property, but you wouldn’t know it – the liquid appears almost completely black. “It looks like it’s filled with oil,” says Bruce. “There’s so much soot and bushfire residue in the water that it doesn’t look like water anymore.”

Throughout the entries “there were some really poignant moments that were captured by photographers out and about engaging with people impacted by the bushfires, or living in the bush, [or] who lived through that themselves,” says Bruce.

Fires raged through the subject Max James’s Wangarabell property. In the aftermath, he started a list documenting the slow return of birdsong, the gradual healing of the land. The artist’s statement explains how, when the photograph was taken, James said: “All has been erased. Nature has to come back through a black, blank canvas. It's a lamentable game of survival, but beautiful to watch”.

Melissa Madden Gray, At Home, 2020 – by Pia Johnson
Melissa Madden Gray is an accomplished Australian performer, dancer, singer and theatre creator best known by her stage persona, “Meow Meow”. “She's got an amazing aesthetic,” says Bruce. “It's very dramatic. Very feisty.” What she finds so striking about this image however, is that it’s of the person behind the persona.

“I think the photographer Pia got what she was after, which was showing what Melissa is like when she's in her own space – and still has that confidence. She still looks at the camera in a way that isn't sort of taking any prisoners. She's very comfortable and confident in putting herself out there. But you know, it’s in a private context I don’t think many people would be used to contemplating when it comes to her as a personality,” Bruce reflects. “I absolutely love it.”

The portrait allows insight into the contrast between stage presence and performer, showing the overlap as well as the differences.

“It just adds another unexplored and unexpected element to the personality,” says Bruce. “And I think it reminds us that at the heart of portraiture, one thing we can't forget is the generosity of the subject to allow us to see them in a certain way. And to let themselves be examined.”

Living Memory is on display until Sunday 16 January, 2022.

Cast your vote for your favourite photo as part of the People’s Choice Awards and win a prize pack. All you have to do is click on your favourite image from the entrants online and enter your details underneath. By casting your vote you can go in the draw to win a prize pack that includes a Living Memory catalogue (RRP $49.95), one night accommodation at Midnight hotel Autograph Collection, one annual family membership to the Circle of Friends and one double pass to any exhibition at the National Portrait Gallery in 2022.

The photographer who receives the most votes in the People’s Choice Award will receive $5,000 from The David Roche Foundation. 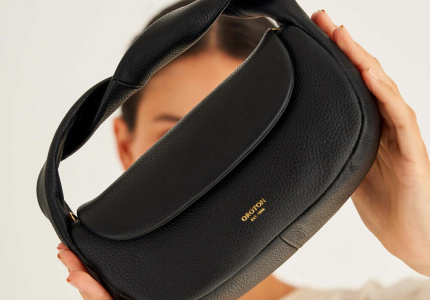 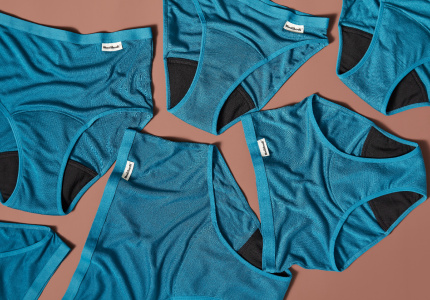 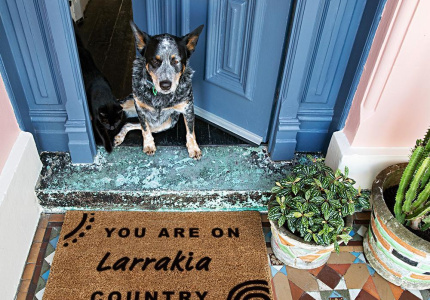