From spunky prints to sheets made from hemp and bamboo, bed linen has never been more covetable. 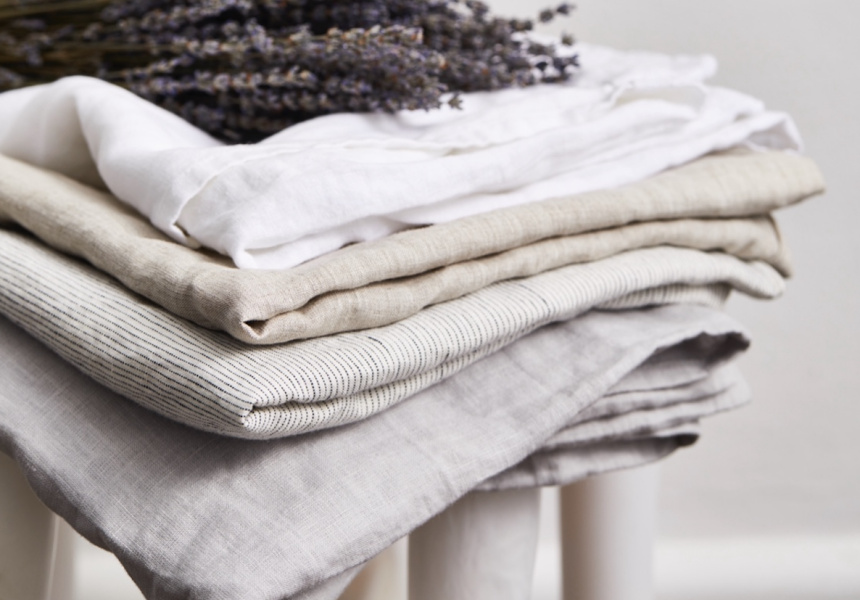 Dressing your bed in pretty fabrics has generally come second to dressing your self, but recently, whether it’s thanks to Instagram or something else, bed linen has been elevated both in importance and quality. These are our favourites.

Ettitude
If you thought the environmental impacts of your morning routine start with your reusable coffee cup, think again. Melbourne-based bedding and sleepwear brand Ettitude creates sheets made from a world-first, 100 per cent organic bamboo lyocell, which requires five times less water than cotton to manufacture. Using bamboo results in a fabric the company says wicks away moisture and neutralises odour up to 50 per cent faster than cotton – so you don’t have to wash it as often. The sheets are vegan (no wool, no insecticides) and made to be breathable. Plus, the company says, they feel like silk.
ettitude.com.au

Bed Threads
When Sydneysider Genevieve Rosen-Biller moved house, she wanted new linen bedding for her new room. She found the prices were prohibitively expensive so decided to start her own label, Bed Threads. She worked out a way to sell 100 per cent flax linen for around $250 a set by cutting costs with a direct-to-customer business model. And just because it's cheap, doesn't mean it’s not ethical. The flax is grown in France free from pesticides, and every part of the crop is used, while workers in China are paid above minimum wage. It’s also delivered in plastic-free packaging.
bedthreads.com.au

Kip & Co
Kip & Co’s bedding looks as though a nearby confetti factory exploded while it was being made – in a good way. If you’re after plain sheets, this isn’t for you. Vibrant flowers, velvet leopard print and bright geometric shapes are splashed across its range of pillows, quilt covers, sheets and throws. The label was co-founded by Melbourne sisters Hayley Pannekoeke and Kate Heppell and their best mate Alex van der Sluys over wine back in 2012 and, as they told Broadsheet, they’ve since set about “creating bright, bold, fashion bedding that has a very Australian spunk about it”.
kipandco.com.au

Good Studios
If you’re the type who struggles to find the time to wash their sheets weekly, hemp might be your saving grace. Adelaide’s Good Studios’ 100 per cent hemp bed linen keeps you cool in summer and warm in winter, and as a bonus has antibacterial qualities, so you can leave it longer between washes. The hemp is also much more durable than other natural fibres, meaning you won’t have to fork out to replace your sheets any time soon. The linen comes in a range of natural and neutral colours such as khaki, terracotta and indigo. goodstudios.com.au

Weft Textiles
Another label nailing the environmentally friendly brief is Weft Textiles. Its cushions, duvet covers, sheets and pillowcases are made from 100 per cent natural and organic fabrics. It also avoids harmful chemicals, dyes and perfumes. It was founded by Adelaide-based interior designer Samia Fisher, who was disheartened by the industry and decided to start her own line. Products are made from flax linen and hand-spun and woven organic cotton in versatile colours including navy, pink and light grey.
weft.com

Mother Daughter
As its name suggests, Mother Daughter was founded and is run by a mother-daughter duo. The mum hand-sews every single item they sell, using invisible French seams that take about seven times longer than more common seams. They admit this translates into more expensive products (pillowcases are sold from $55 each), but reckon their pieces should last a lifetime, making it a one-off expense that also hopefully saves some space in landfill.
wearemotherdaughter.com