Danielle Weber started out studying health sciences in the suburbs – now she’s painting commissioned artworks for Dwayne “The Rock” Johnson. In partnership with MYOB, we’re sharing the inspiring stories of successful Australian entrepreneurs who have shown more than a little bravery. 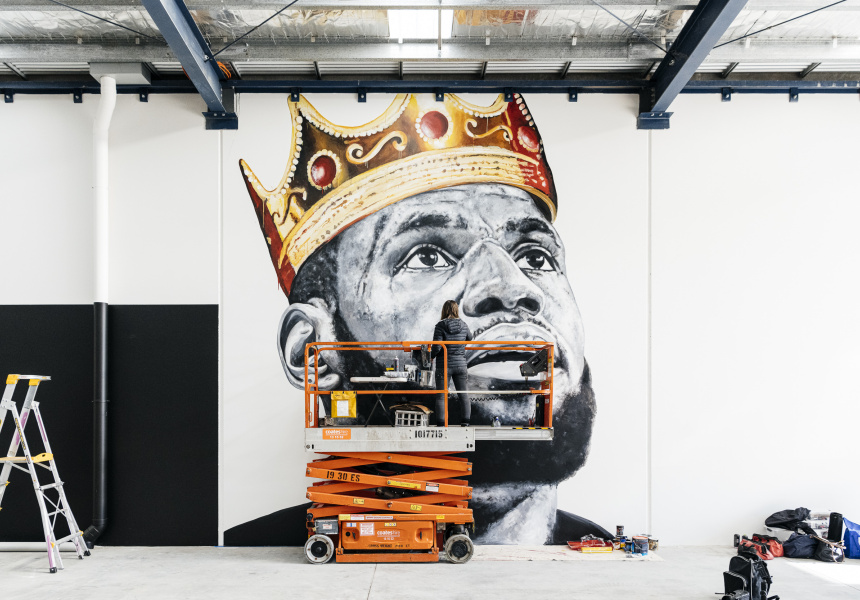 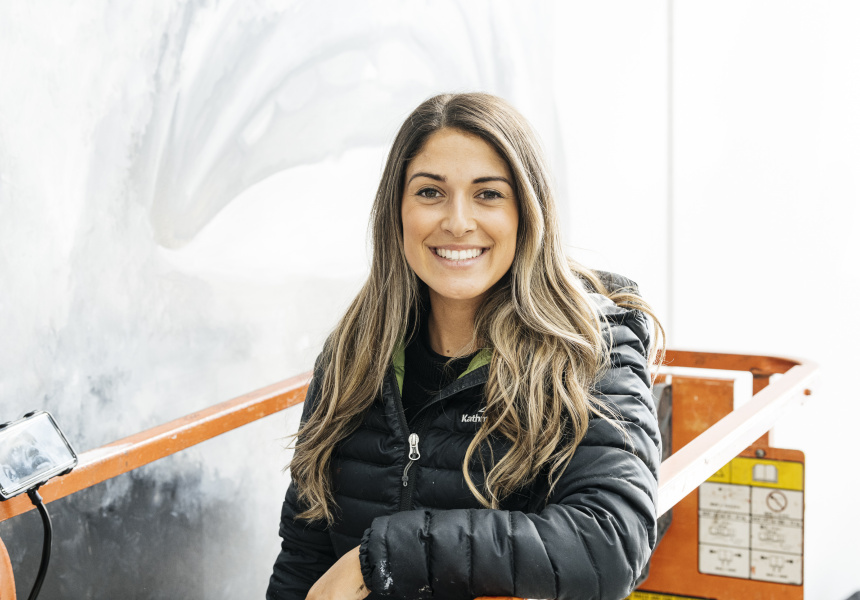 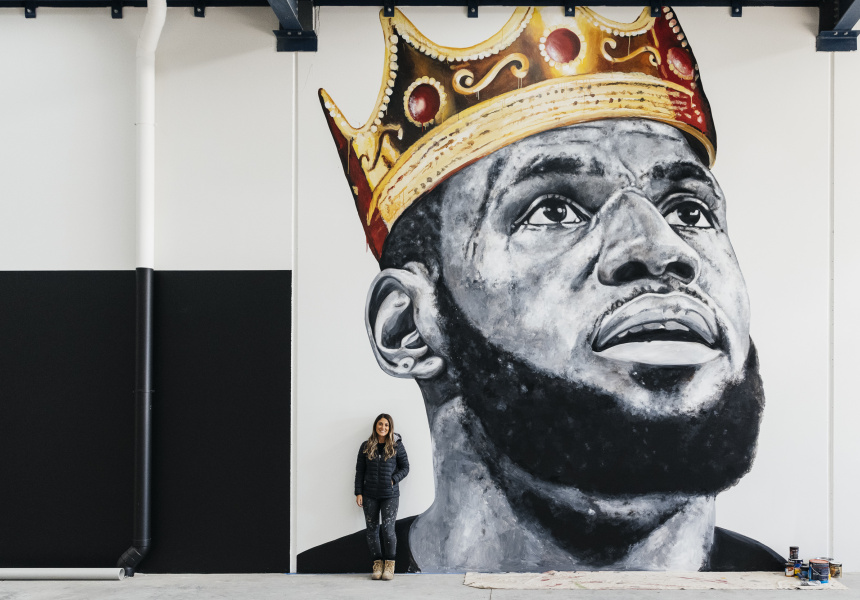 Within a couple weeks of meeting Arnold Schwarzenegger at a silent auction in Los Angeles, where her stylish black-and-white painting of him raised $US12,000 ($AU17,140) for the charity After-School All-Stars, Danielle Weber was back to business as usual. That meant working on one of her photorealistic murals – this one a portrait of LA Lakers basketball player LeBron James – for a soon-to-be-opened gym in the Melbourne suburb of Braybrook.

Such dramatic scene changes are part of the job for Weber. The close proximity to celebrities isn’t unusual either – she also counts Dwayne “The Rock” Johnson as a friend. “He saw a piece I did for a client and shared it,” says Weber. “Then I painted a piece for him, of him and his mum. I got to meet him on the set of one of his movies, and we’ve just kept in touch ever since. He’s been a bit of a mentor.”

Weber’s high-profile friends and 182,000 followers on Instagram might give the impression that the Glen Waverley native found her footing in the art world quite easily. But that isn’t the case – in fact, following this dream was a risky choice. The first three years Weber was pursuing art, she was studying full-time and working two jobs.

“I was juggling a lot and got to a point where I couldn’t handle everything,” she says.

Weber then shelved a potential career in health sciences to go full-time freelance as a painter. “It was something that evolved,” she says. “I [originally] wanted to be a food scientist, working in factories or maybe health sciences. I built up my [art] business while I was studying and it did quite well. But I wasn’t sure if I’d be able to sustain it. It was a brave decision.”

She took the leap and trusted that the income from her art would translate to a liveable wage – and the gamble paid off. While Weber mostly works around Melbourne, she’s done murals in Sydney, Brisbane and even Spain, and ships her prints worldwide via her online store. The real challenge was teaching herself how to juggle her artistic pursuits with commerce.

“I didn't know any other artists who had run a business before,” she says. “I moved from canvases to murals and things got larger scale and were moving quickly ... My business was growing rapidly.”

As a sole trader, she has to find discipline and drive from within. That inner resilience might take the form of not taking rejection too personally, or getting out of bed at 5am. And rewarding yourself along the way is important too, because nobody else will do it for you.

“People say it’s 50 per cent talent and 50 per cent hard work,” says Weber. “I’d say it’s 70 per cent hard work. You can be born with a gift, but you’ve really got to work on it to stand out above the rest, because there are a lot of other talented people out there. It sounds so straightforward, but work on your craft with any time that you have.”

Weber admits that even though it was “scary” to trade in a potentially stable career for something more unpredictable, she’d always felt a pull towards art – drawing on her own for hours as a child, and watching her mum do silk painting. “I enjoyed art at school, but I never really thought it would be a career path,” she says. Aside from being a hobby, art also served as a sort of refuge for the adolescent Weber, who was “a bit of a troubled teen”.

“I was hanging out with the wrong people, using drugs and drinking at a young age,” she says. “A lot of the people that I did hang out with back then are not in the greatest of places now… In my early teenage years I found myself painting again and it was a better pathway.”

Weber learned many lessons in her career pivot, but there’s one she’s adamant about: prioritising time to develop your craft is crucial, and running a business shouldn’t mean losing precious hours. When it comes to bookkeeping and invoicing, she uses MYOB online accounting software to keep it all straight. This saves her time, so she can devote herself more to her passion and not have to worry about the financials.

“[With MYOB] we can keep track of what we’ve paid and what we haven’t paid,” she says. “It doesn’t just help me, it helps other small businesses I’m working with. There’s no one I know that really loves doing the books, so MYOB definitely makes that quicker and simpler. You’re just on top of everything as a whole.”

Time saved on admin means more time to dedicate to art, and in the coming years Weber plans to work with young students (and even their parents) in a way that nurtures a path in the arts. That’s something she wishes she’d had access to at a younger age, because as artistic as her family is, considering a creative career is something entirely different.

“People say, ‘Did art save you?’ I don't think it saved me, but it was an alternative way to express myself,” Weber says. “I feel like if I didn’t express myself through art, then I may not have even attempted pursuing it as a career. I probably realised the power of art then. I still find myself getting lost in my work.”

This story is produced in partnership with MYOB and The Design Files.

See more of the We, The Brave series from The Design Files here.