This Adelaide-based costume designer has worked on Game of Thrones and Vikings, and has collaborated with award-winning Aussie director Sophie Hyde. We visit her sunny home studio to find out what’s keeping her busy during lockdown, including an iso-themed digital series for children’s theatre company, Windmill. 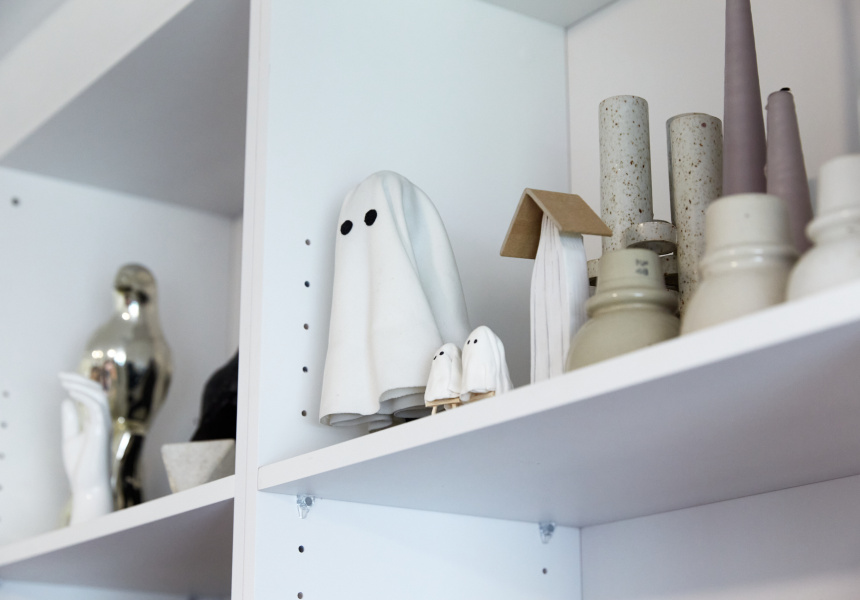 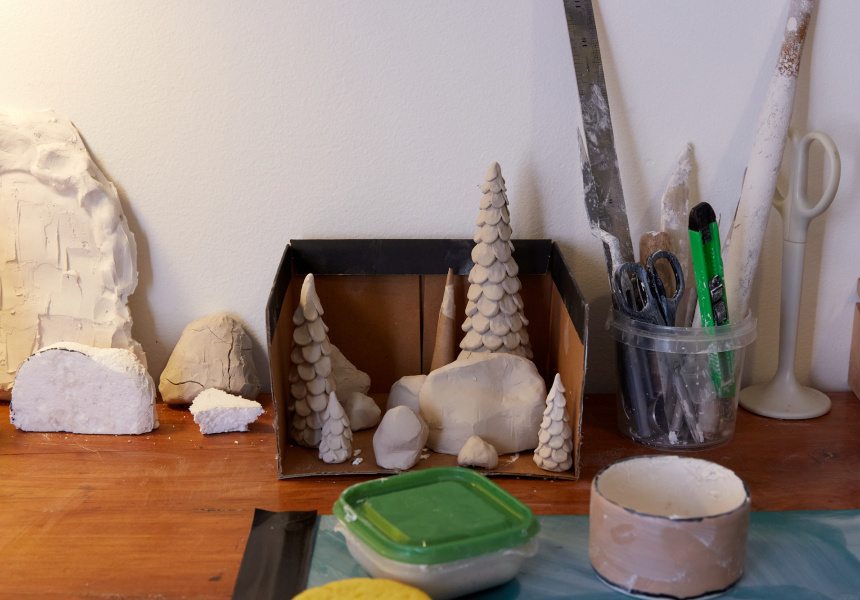 The Starks grapple with their patriarch’s brutal beheading. Daenerys Targaryen wrangles a trio of newborn fire-breathers. And Aussie Renate Henschke gets her big break in the costume industry.

They’re three key takeaways from season two of Game of Thrones. Though Henschke, an Adelaide-based costume and production designer, has by far the most favourable arc; she’s since worked comprehensively in film, TV and theatre across Australia and Ireland.

In the early 2000s she studied fashion design at Tafe before shipping off to Ireland for a decade. First she ran a Dublin graphic-design company’s fashion line, then she started her own, which was swiftly picked up by Topshop. But when the business side began demanding as much as the creative side, she tapped out.

Enter Game of Thrones. One of Henschke’s friends was working on season one – filmed in Belfast in 2010 – years before it hit global-phenomenon status. So she applied and earned a spot in the costume department for season two.

Perched on the couch in her sunny Malvern home, she recalls spending weeks fitting hundreds of Kingsguards with costumes for one mammoth scene on Northern Ireland’s Antrim coast, only for a hurricane to hit on shoot day. “Every single extra took their costume – chest plates, boots, undergarments and all – and flung it in the corner.”

Natural disasters aside, “it was extraordinary to see the filmmaking machine – and that level of detail – up close”, she says. “There’s just nothing on that scale [in Australia]. I totally got the bug and realised I wanted to be in this world.”

She jumped straight from Game of Thrones to the historical Scandi drama Vikings, which was shooting in Dublin. “That was like a medieval workshop – leatherwork, dyeing, lots of riveting, cutting – all skills I still use today,” says Henschke. “And [the costume team] were all experts. The head pattern-cutter was doing her masters in viking couture.”

But five years ago, Henschke returned to Adelaide more permanently to care for her ailing mother – a masterful sewer who not only inspired her daughter’s career, but took part in it until she passed away. “Every time I came back ... she would work on projects with me,” Henschke says. “We were such a good team.”

Costume design for film and TV is more sourcing than sewing, says Henschke, who tends to take “a real scattergun approach” – hitting the shops, scouring the internet, and pilfering the wardrobes of family members and friends. (“In Fucking Adelaide [actor] Pamela Rabe was solely dressed in my sister’s clothes.”)

But, in the wake of the pandemic, “every film project” ground to a halt. Just days before lockdown, Henschke snuck in the music video for Tones and I’s Bad Child, filmed in a mansion on the outskirts of Melbourne. And that was it.

“Then there were a few scary weeks where none of us knew what was going on – and projects were falling over left, right and centre,” she says.

Launching on July 15, the eight or so episodes paint a quirky portrait of life in lockdown using sculpture, illustration, stop-motion animation – and any other objects the three creators can find (or make) in their respective homes.

Working together – but apart – each creative brings expertise to the (virtual) table at different points in the process. “There’s an exquisite corpse feel to it,” Henschke says.

For her contribution, she’s revisiting a much-neglected hobby: pottery. In her cosy home studio – flanked by a tiny sewing station, intricately labelled wooden drawers, and a keyboard (she’s relearning) – pieces of clay are strewn on the desk.

It’s the isolation station she never knew she needed. As her projects (and budgets) got bigger, so too did her on-site workspaces – “almost to the point where I didn’t think I needed a home studio anymore”, she says.

When we visit, her clay creations are laid out: a “Greek chorus” of figurines, and a cluster of mountains, boulders and pine trees. In one Honey I’m Home episode, the figurines will scuffle through her knickknack-filled bookshelf (she shows us a first test, which is impressive for a self-professed stop-motion novice). In another, a dolly shot will capture her mountainous landscape across four seasons.

While Henschke is grateful to still be working, her next move is uncertain. “In limbo – that’s the life of a freelancer,” she says. “But what’s kept me afloat all these years is ... I’m just as happy supporting a designer to bring something to life as I am leading a team.”

Honey I’m Home launches on Windmill at Home on July 15. New episodes will be released fortnightly.