The Story Behind the Work That Went Viral on Australia Day

Illustrator Charlotte Allingham started using her art to talk about her heritage. And everyone listened. 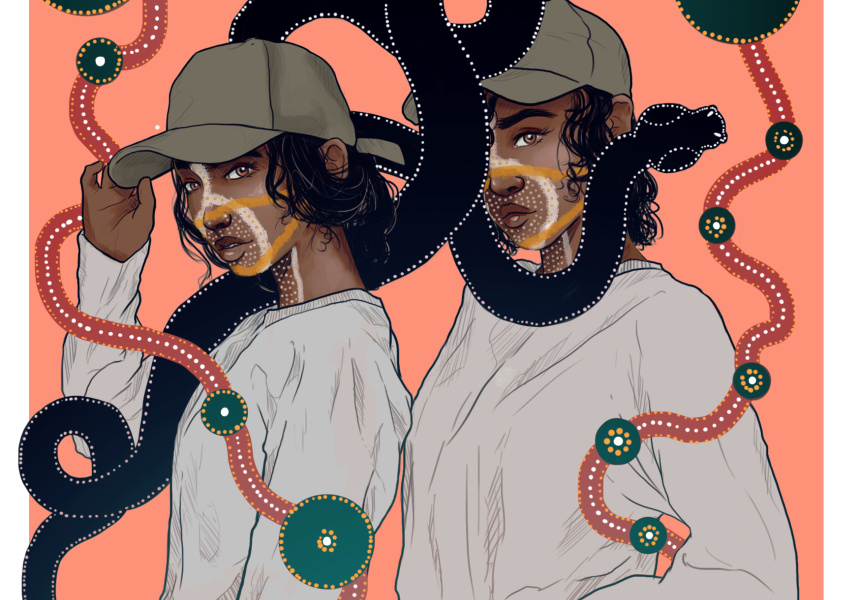 On January 26, something unusual happened to Melbourne illustrator Charlotte Allingham. Her phone exploded with social media notifications, all directing her to a sea of the same image – one she’d created – being liked and shared thousands of times.

Within two days, her Instagram followers had multiplied from 1000 to more than 14000.

Two weeks earlier, Allingham had drawn an image of protest: a woman looms above a crowd holding up a sign that says “Always was, always will be Aboriginal land”. Behind her, the sky glows with the Aboriginal Flag. The crowd beneath her holds flags and banners, and sheds tears.

The image suddenly became a symbol of the rising tide against Australia Day celebrations. But it started out simply enough.

Allingham, a 24-year-old Wiradjuri woman, drew the image on January 9 and posted it on Instagram the same day. It’s a simple illustration, and it came straight out onto the page with very little planning.

“I was looking at images of protest,” she says. “I was quite emotional. And it just came out nice. I wasn’t trying to make a big statement. It was just a way of expressing my feelings that day.”

“Australia Day affects me. I did it purely for myself, and I didn’t expect other people to take notice.”

A quick trawl through her Instagram account shows a fascination with the imagery of European folklore and witchcraft. Demons, mermaids, horned women and seductive snakes fill her work going back years, tinged with a macabre sexuality.

But this year, she made a new year’s resolution to engage more with her Aboriginal heritage in her art practice. Aboriginal women with painted faces wield spears. Totemic spirits and creatures of Aboriginal mythology interact with contemporary Indigenous life.

“I’ve always done traditional Indigenous painting with my dad,” she says. “But I’ve never really shared it because I have this fear of being shunned, because I’m fair-skinned. I thought I’d be called ‘too white’, and I didn’t want to have to prove my identity to people. I’d built that up in my head so much I didn’t do anything.

“But this year I thought, fuck it. This will be a self-healing thing.”

“I got the classic ‘get over it’ Australia Day shit,” she says. But the positives have outweighed that.

“I have to be two times more attentive in what I’m doing now. Now I have a way of helping people,” she says. “I feel like I have a duty to promote Aboriginal women as strong and powerful.” 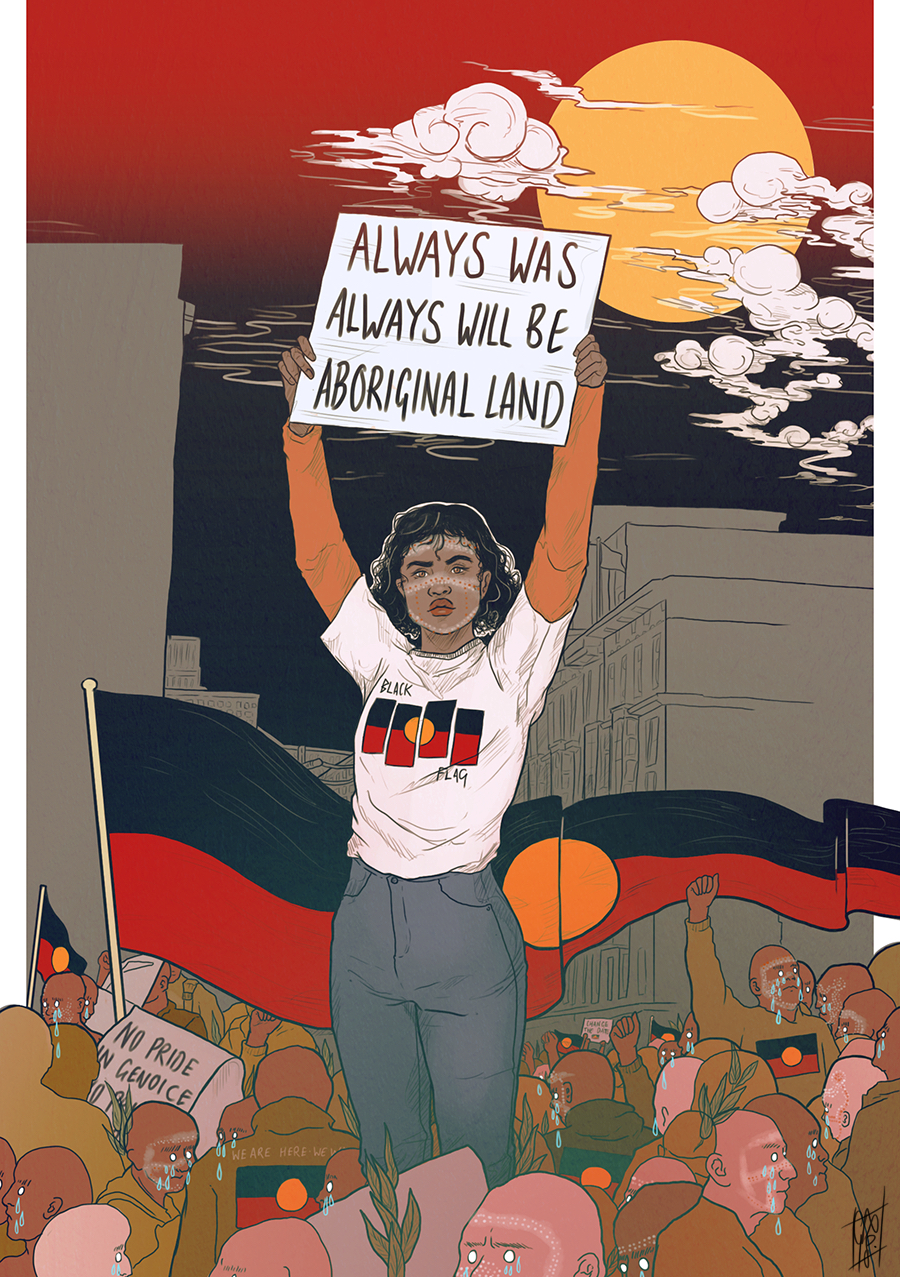