The iconic building has been closed since March – the longest period in 45 years – but that doesn’t mean it’s been empty. 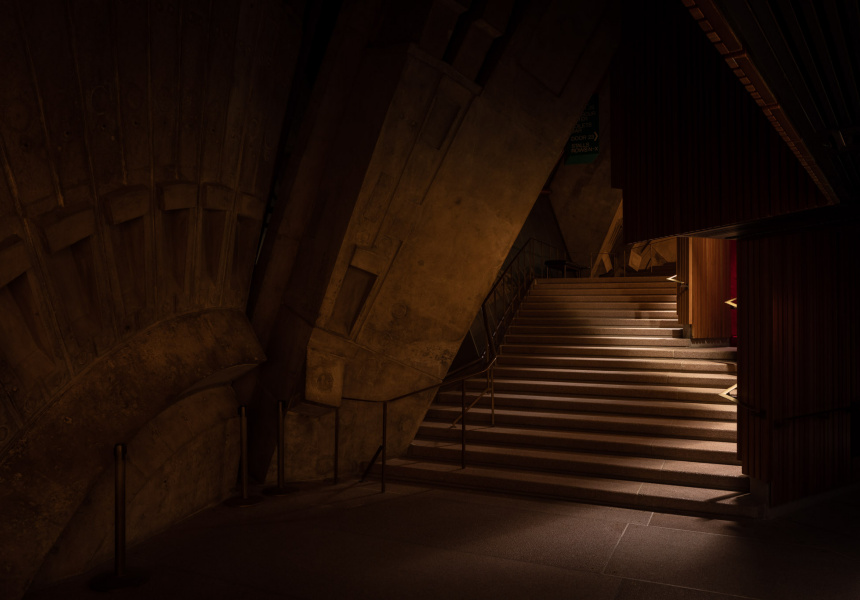 Like many of Australia’s iconic cultural institutions, the Sydney Opera House remains closed to the public.

In March, its theatres paused their usual programs of concerts, plays, performances and talks for the first time in nearly half a century and went dark except for solitary “ghost lights”, which were installed to shine over the empty stages until it’s safe to return.

In recent months, Sydney photographer Daniel Boud has had exclusive behind-the-scenes access to shoot the house in hibernation.

He initially explored on his own – encountering only the odd cleaner or maintenance person – then invited dancers from resident companies The Australian Ballet and Bangarra to join him.

“The Opera House is normally filled with hustle and bustle as shows are about to begin and tourists mill around everywhere taking their selfies,” he says. “So walking around the house while it was closed was a stark contrast – there was stillness, quiet and peace. And while the building is majestic, I couldn’t help but feel it wasn’t fulfilling its purpose, and it lacked the heart of what makes it so special – and that’s the artists and audiences.”

Boud says rather than just shooting his subjects in “resplendent dancer mode”, he wanted to capture, through them, a sense of how the whole city has been feeling: displaced and bereft.

“I wanted to bring them to the stages they would normally be performing on – but not let them grace that stage,” he says. “I wanted to see them so close to that place they’ve trained their lives to be on but witness the frustration of not being able to perform.”

The result is an eerie, intimate portrait of the Opera House through a lens other than a typical tourist’s smartphone.