Step Inside a Painting at Splendour in the Grass

Brooklyn Whelan has swapped his brush for VR technology. 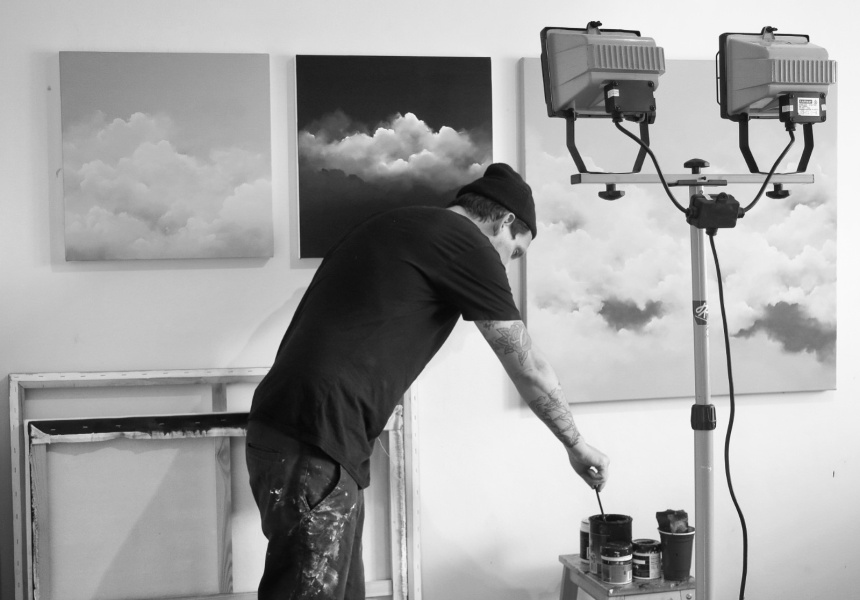 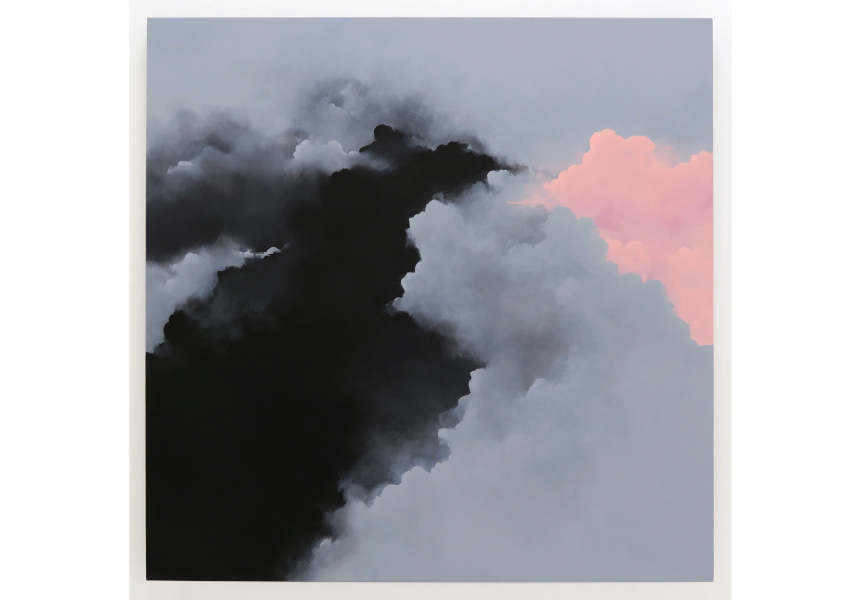 Sydney-based artist Brooklyn Whelan paints storms – dense weather patterns, billowing clouds and neon bolts of lightning. For Splendour in the Grass, he has transformed his typical flat plane canvases into a virtual reality experience, wielding VR technology as his artistic medium, instead of acrylic paint.

Whelan has exhibited regularly at China Heights Gallery in Surry Hills since 2014; he’s also represented by galleries in London, Hong Kong and Atlanta. His multimedia work featured as part of Chin Chin’s art series project in Melbourne last year. He began his creative career as a graphic designer and was once the art director of Australian surfer bible, Tracks.

Despite being mostly concerned with clouds, skies and natural weather phenomena, Whelan’s admits he is “inspired by science fiction” and his work follows a futurist sort of style. Futurism was a 20th century art movement that delved into the spoils of mind-bending technology and industrialisation – fitting then, that Whelan has crossed the divide to VR for his latest project.

“I’ve been playing with the idea for a little while now, but didn’t really know how to go about it,” Whelan says. Titled Cloud Runner, the concept will appear as part of Samsung’s Maker activation at the festival, and it’s via a partnership with the tech giant that he was able to realise his concept for an immersive art experience.

To create the piece, Whelan worked alongside creative studio Heckler to produce the video element of the VR and sound technician Matt Brown from Fade to Black for the accompanying soundtrack. “I was behind everything, directing what I wanted for the look and feel of it,” Whelan says. “But it has been the biggest collaboration I have ever done for sure.”

As for what the VR experience entails, once you don the goggles you’ll be transported inside of one of Whelan’s vivid cloudscapes. You’ll navigate the coloured storm to the sound of the elements – “thunder and wind, all the things you’d hear in a great storm.” This has also been layered with a lo-fi, hip-hop composition.

If you’re keen to try it out, keep an eye out for a pair of pitch-black painted shipping containers – a pop-up gallery space created especially to house the headsets. Inside, there’ll be a video following Whelan’s journey to create the VR piece, and then a set of eggshell chairs ready to sink in to as you experience the cloud world.

“I’m totally a hands-on, traditional or analogue painter. However, in saying that, having this technology available is super exciting,” says the artist. “I couldn’t have dreamt this up even just two years back – the idea that you could immerse yourself into one of my works.”

While the gallery was still being put together at the time of writing, Whelan hints that the overall experience will be “pretty full on and pretty gnarly.”