When lockdown put it out of business, the major events staging company turned to making affordable, flat-pack office furniture that could be assembled in 30 seconds. Now it’s added even more easy-to-assemble pieces. “We say we’re in the business of saving marriages as so many people have had problems with Ikea.” 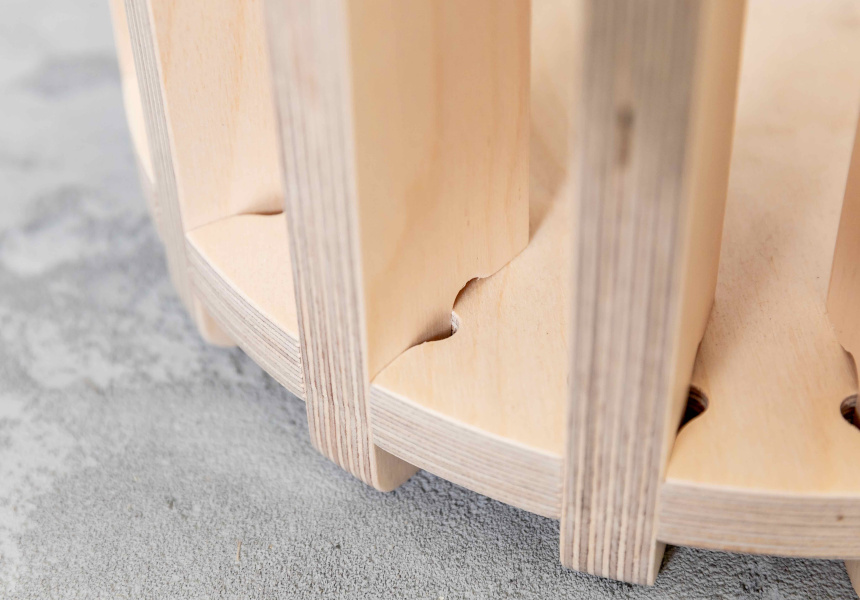 They say necessity is the mother of invention, and that’s certainly proved the case for Stagekings.

When the major events staging company switched to making home office furniture during Covid-19, it could never have guessed what would happen. What began as a do-or-die tactic for survival has turned, 12 months on, into a thriving business with a new range of designer home furniture.

“It’s just been unbelievable,” Stagekings managing director Jeremy Fleming tells Broadsheet. “It started as making a few stand-up desks just to keep the lights on. It took off so quickly that we now employ 70 people.”

The story began in March 2020. Within 48 hours, Stagekings went from producing sets for the country’s biggest events – from the Commonwealth Games opening ceremony to the Sydney staging of the Royal Edinburgh Military Tattoo and Ninja Warrior in Melbourne – to losing 98 per cent of its business after the government placed restrictions on mass gatherings. Its solution? Manufacturing affordable, flat-pack furniture for Australia’s new stay-at-home workforce.

“We laid everyone off on Friday March 20, then on Sunday we had an idea to make a single working-from-home desk using our set-building skills. By Tuesday we were on sale and selling it,” says Fleming.

Designed by Mick Jessop, Isoking’s initial range of Scandi-influenced desks and accessories, such as laptop and monitor stands, was an instant hit with customers. Within four weeks the company had sold 4500 pieces of office furniture, more than doubled its staff and emerged from the brink of financial ruin.

Twelve months and 35,000 sales later, Fleming and Jessop have launched Isoking at Home, a home-furniture range. The first release has the brand’s usual minimalist aesthetic and includes a bed base, a coffee table, modular bookshelves, a side table and an entertainment unit.

“We got to the stage around the first anniversary when people were asking us, ‘Could you make a bed? Could you make a coffee table?’” says Fleming. “They said they loved that it packed up and down so easily, so that’s when we started looking at expanding that concept into a home range.”

All pieces are made using sustainably sourced local birch ply, and they stay true to the brand’s affordable pricepoint and easy, no-tools assembly.

“We say we’re in the business of saving marriages as so many people have had problems with Ikea,” Fleming says, laughing. “The first desks needed to be up and down within 30 seconds, and with the new range the timeframe is under 10 minutes for putting a bed together.

“Stagekings was always doing things differently. We could build a pop-up gold theatre or a giant lion for a music festival, and now we’re applying the same principles to furniture.”

Not forgetting their roots in the live-entertainment industry, Isoking donates a percentage of all furniture sold to Support Act, a Covid-19 relief organisation for artists, crew and music workers.