Q Theatre’s latest production, Short Message Service, sees emerging and established writers compose plays around the theme of “intimacy”. Each “play” begins at 6pm on Fridays and you don’t even need to leave the house. 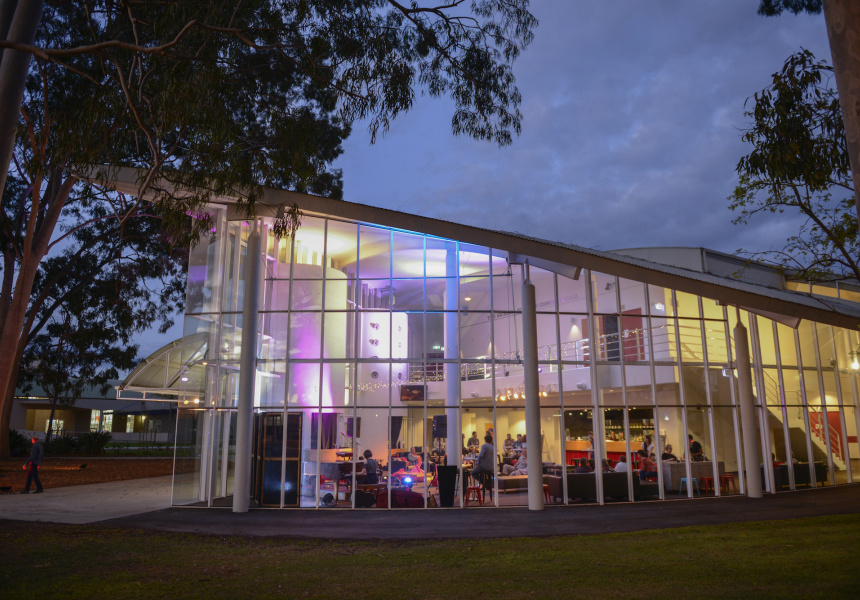 One of the sounds I’ve come to dread during the pandemic is the “ping” of my phone announcing a news alert, usually reporting some grim new statistic. But what if that ping was instead notifying me of a new piece of Australian theatre playing out in real time on my phone?

Short Message Service is just that: a five-week season of new Australian “plays” in the form of text messages, written by established and emerging playwrights. As with regular theatre, the show starts at a specified time – 6pm each Friday – and has a running time of an hour, during which a short drama will be sent to you via approximately 10 texts. And unlike regular theatre shows, it’s free.

Short Message Service grew out of a desire to continue giving audiences access to local arts and culture, and to keep artists in work, at a time when theatres have gone dark.

“It’s a pretty simple premise: to get stories to audiences,” Nick Atkins, director of new work at Sydney’s Q Theatre (part of Penrith Performing & Visual Arts), tells Broadsheet. “We went [for] the texting format because we wanted to capture that sense of ‘live’, which theatre does really well, and to feel a closeness with audiences, because we were getting feedback that that’s what they were missing.”

Launching the season on July 31 is Davis’s The Angel Code, a rom-com following the travails of protagonist Gina’s first real-life date with online flame Leon. “It’s the first time Gina is dating in a very long time, and you get a voyeuristic insight into the mechanics of that first date,” says Atkins. Biggins and Bishop’s work 007-11 is “a comical premise that’s quirky and fun”. All the works are loose riffs on the theme of intimacy.

All you need to do is register, and at throughout the season you’ll receive an introductory text each Friday at 6pm, letting you know what to expect over the next 60 minutes. “Just as you might get a message over the loudspeaker at the theatre, you’ll feel like you’re being carried through,” says Atkins. “The thing theatre does really well is provide a controlled environment in which some really wild stuff can happen, and because it’s so controlled, we as audiences feel comfortable going further than we might otherwise go.”

Atkins says the biggest challenge for the writers has been distilling their stories into such a small amount of text. “A text message is such a swift and simple form of information and a very different thing to write than a play, so helping them bring it into that form is a real challenge. It is an experiment and some things will work and some won’t,” he says. “But it’s a great challenge and I think it really improves writing.”

Atkins often works at the intersection of new media and performance, and says Short Message Service has taught him about the breadth of digital possibilities for theatre. “[Digital technology] has progressed the art form super quickly,” he says. “It won’t replace the art form, but it’s extended it through new tools, expanding what theatre can do and who they can do it for.”

He’s been gratified by the significant registrations from people who have never attended Q Theatre, including a number in regional and rural NSW and Victoria. “New Australian writing isn’t an easy sell, so seeing the amount of interest we’ve had for a bunch of new stories [is gratifying]. Hopefully this experience will mean they might buy a ticket to see something full-bodied.”

Although the shows are free, there is the option to donate to the industry, which is in a critical state financially, given the majority of Australian performing arts companies are still closed and with little access to public funds. Atkins says there has already been interest in the new format from other companies, and the theatre will explore monetising the concept – although he feels there are merits to positioning it as public art.

“We don’t have theatre at the moment and we have fewer events. This is something you can put in your diary and look forward to; something unexpected in a positive, creative way.”

Short Message Service begins this Friday July 31 with Margaret Davis’s The Angel Code running from 6pm to 7pm. The season will run every Friday until September 4. Tickets are free, but you’ll need to register here.