The Puppeteers Heading to the Polls

Politicians hate them. The media loves them. And come Saturday, they’ll be meeting voters at polling booths all over the country. Here’s how the gargoyle-like papier-mâché caricatures of Australia’s politicians come to life. In case you hadn’t noticed, there’s an election on. The main players are out there every day kissing babies, wearing high-vis vests and refusing to skol beers. It’s a parade of grandstanding and overpromising.

And while every party and policy has its opponents, it seems that wherever the Liberal party pollies go, independent left-wing lobby group GetUp follows with a parade of its own, led by distinctive papier-mâché caricatures of Tony Abbott and Peter Dutton.

“They’re quite a spectacle, but the whole election is a spectacle,” says puppeteer Annie Forbes. Along with her partner Tim Denton, she designed and built a number of GetUp’s giant heads through the couple’s Aboutface Productions. As well as the giant Abbott and Dutton heads, Forbes and Denton built a caricature of former Liberal MP Andrew Nikolic for the 2016 federal election.

“The caricatures we make are about drawing attention to the issues,” says Forbes. “People see these big heads coming down the street and they’re immediately drawn to see what it’s all about.

“We like GetUp because they’re not Greens or Labor, they’re issues based,” she says. “I don’t give a stuff about the parties. I care about the issues.”

Regardless of party preference, Forbes hopes her work might contribute to unseating politicians with dubious attitudes to climate change and social equality. “To be able to use our art form to effect some sort of change in the world is what it’s all about.”

Creating the puppets is labour-intensive. Forbes makes preparatory sketches for Denton, who then makes an aluminium frame and sculpts each head from clay. Then the pair add detail with layers of papier-mâché.

Forbes looks to the bits of a face that can be accentuated or exaggerated. Tony Abbott is easy. For years, cartoonists have drawn instantly recognisable likenesses using just a few deft lines. But Dutton is trickier.

“He’s got an egg-head,” says Forbes. “And he’s got downward, sad eyes and a pouting lower lip.”

For Forbes it’s not a personal attack, but political cartooning by its nature can be quite vicious – the results are often gargoyle-like.

“The intent isn’t to be nasty, it’s to be recognisable,” she says. “GetUp doesn’t say to us, ‘Make them ugly,’ or ‘Make them evil.’ They just ask for a head. But if a politician wants to push a controversial agenda, they have to be prepared to cop some flak.”

The ironic thing, Forbes tells me, is that Abbott fans frequently want selfies with them.

Four Abbotts and four Duttons have been deployed all over the country this election cycle. One Abbott will be spending the next few days in Warringah, where the real Abbott is hoping to be re-elected on Saturday. Another is heading to Western Australia to follow Attorney-General Christian Porter. In Melbourne, one Dutton puppet will be hanging out with Greg Hunt in the Flinders electorate, and another will pop up in South Australia to meet fans of Liberal member Nicolle Flint.

Forbes has seen it, and she’s not impressed. “It’s laughable,” she says. “The very fact that they created that is an indication of how effective [the] puppet heads are.

“They should have come to us. We’d have made something better for them.” 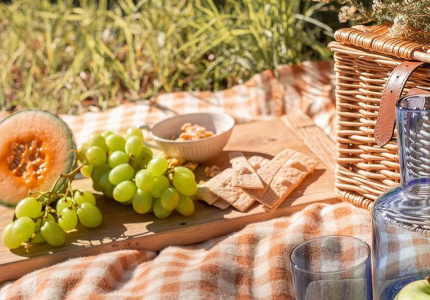 Just Bought an iPhone 12? Protect It in Style With These Personalised Leather Cases

Just Bought an iPhone 12? Protect It in Style With These Personalised Leather Cases