Sometimes playing the long game involves sacrifices – like selling your car to buy pottery wheels. In partnership with Bupa, we speak to a Melbourne man whose love affair with pottery has made him a sensation in his own right – and how he plans for the future. When Guy Vadas, aka Pottery Boy and founder of Ceramiques, picked up clay for the first time, he felt an instant attraction to the medium. It was, as they say, love at first sight.

“One of my friends asked me to go a handbuilding class with her,” says Vadas, referring to the pottery technique of creating forms from clay without tools. “We went to this little old lady’s house around the corner from where I used to live and we hand-built in her garage.”

Vadas and his friend sat around a table with, “five or six, sixty-five- to seventy-five-year-old ladies”, drinking coffee, eating biscuits, and making objects out of clay. Against all expectations, Vadas enjoyed it all. “I ended up renting a [pottery] wheel and using it at home,” he says. “That’s where I really started getting into it.”

Six weeks later, Vadas opened his first ceramics studio, Ceramiques Elsternwick. It was a huge leap of faith for Vadas, who was just twenty at the time. “I was very much a beginner and learning myself,” he says. “But I had a gut feeling I needed to open this space for people. I had to sell my car to fund the initial purchase of the wheels and some clay to get me going. [But] from the get-go, it was, ‘I’m going to go for this and I’m going to make it work, and there’s no other option.’”

This trust in the long game worked. Just four years on, Vadas now runs two studios – one at a new, larger space in Elsternwick and another which has recently moved from Camberwell to Kew. He also has more than 50,000 followers on Instagram, drawn to both the results of his pottery efforts and his colourful technique.

“It’s been a crazy four years to go from not knowing anything about clay to having two studios servicing hundreds of people a week,” he says.

When Covid-19 first hit in 2020, Vadas rented out the studios’ pottery wheels and pivoted to selling DIY kits, which proved to be a runaway success. “We sold tens of thousands,” claims Vadas. “We had some of our best months during that time, being able to reach so many people.”

Vadas now works mostly behind the scenes, “planning, organising, ordering … and making sure everything runs smoothly.” He also teaches four or five classes a week. “It’s nice for me to stay on the tools and stay in touch with how the studios are running,” he says.

For Vadas, work doesn’t always feel like work. “I really enjoy it,” he says. “Most of my time is spent thinking about the studio or working on the studio.”

Vadas acknowledges he came close to burning out during his business’ rapid ascent, but always took a break before reaching his limit. “I find time to get away,” he says. “I’ll spend half the day taking my dog to the beach and chilling out, getting breakfast and coffee. I have a good work-life balance – now. Earlier on in the journey, there was a lot of time spent in the studios.”

Still, Vadas keeps his hard work in perspective, realising the effort and planning for the future he does now will pay dividends later. “The harder I’m working now the better it’ll be in the long run in terms of growth for the business.” The focus on sustainable growth is already reaping rewards. In the short term, Vadas is opening a third Ceramiques studio in Preston, expanding his business’ footprint from the city’s south and east to the north.

Long-term? Vadas hopes to go national. “I want to get the studios to a place where we could have ten to twenty studios Australia-wide,” he says. 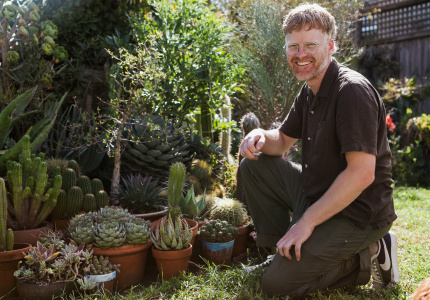