It’s a coup for Melbourne. The world-renowned Centre Pompidou is home to one of Europe’s largest modern-art museums, with 120,000 works by the likes of Henri Matisse, Piet Mondrian and Frida Kahlo. And it’ll be programming exhibitions and events at a new 3000-square-metre gallery. 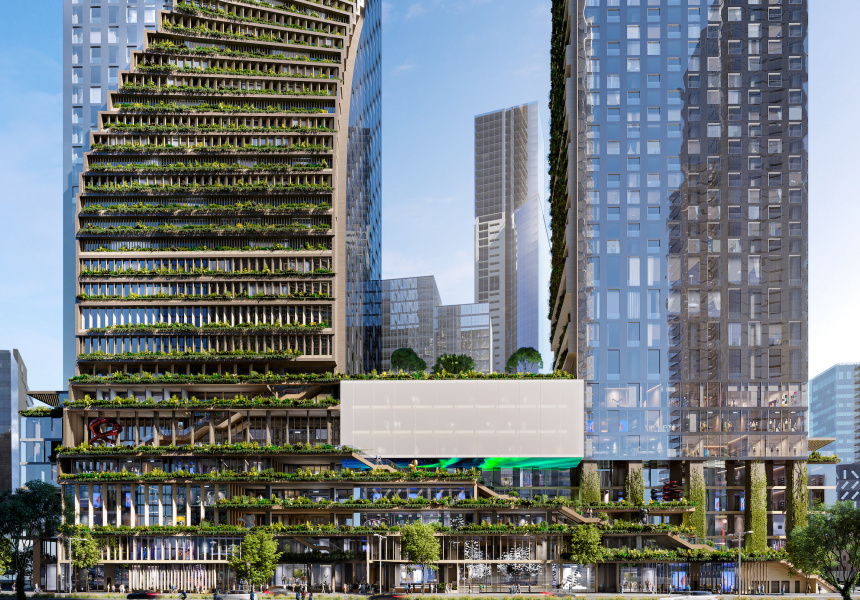 When it’s completed around 2027, Melbourne’s Sth Bnk by Beulah will be the tallest tower development in Australia. The ambitious $2.7 billion project is expected to stand at 365 metres with a massive 5.5-kilometre vertical garden. Earlier this week, it was announced that Australia’s second Four Seasons Hotel – with 210 rooms and a Sky Lobby on the 63rd floor – was opening in the development’s smaller western tower. Today, another major, international piece of the puzzle has been revealed.

Paris’ renowned Centre Pompidou is among the largest modern-art museums in Europe (and the world), holding 120,000 works from countless disciplines and art forms.

In a coup for Melbourne, as part of a long-term collaboration, Centre Pompidou will be Sth Bnk’s official cultural partner. With plans to create art programs to engage young (and young-at-heart) art lovers, there’ll be a 3000-square-metre gallery space within the development, hosting regular exhibitions, workshops and cultural events. And just as in the Paris centre, the focus will be on modern and contemporary art.

“I am very excited at this first step of such an innovative partnership,” Centre Pompidou executive director Julie Narbey said in a statement. “We are confident it will help us, together with Beulah’s ambitious and dynamic teams, explore daring new ways of reaching goals that have always been dear to our hearts: enabling young people to discover and enjoy the inspiring intersection of culture, arts, creativity and innovation.”

Centre Pompidou opened in 1977 as a new cultural hub for Paris. The building itself – in the Beaubourg area of the fourth arrondissement – is an icon of 20th-century architecture, with its striking glass, steel and coloured tubing. Designed by Renzo Piano and the late Richard Rogers, it attracted more than three million visitors per year pre-pandemic. Inside is a public library, a centre for music and acoustic research, and the Musée National d’Art Moderne, France’s national museum for modern art. It holds works by Marcel Duchamp, Frida Kahlo, Yves Klein, Piet Mondrian and Henri Matisse. More than 100 works by the latter are currently on display in Sydney as part of Matisse: Life and Spirit, Masterpieces From the Centre Pompidou, Paris.