Produced by Broadsheet in Partnership with Beulah

A New Online Series Brings Together Design Leaders to Ask: What Does the Future of Retail Look Like?

We all shop. But how often do you think about the design of the space you’re in. In partnership with Beulah, we speak to some of the participants of a new webinar series that will discuss what the future of retail might look like – and why. 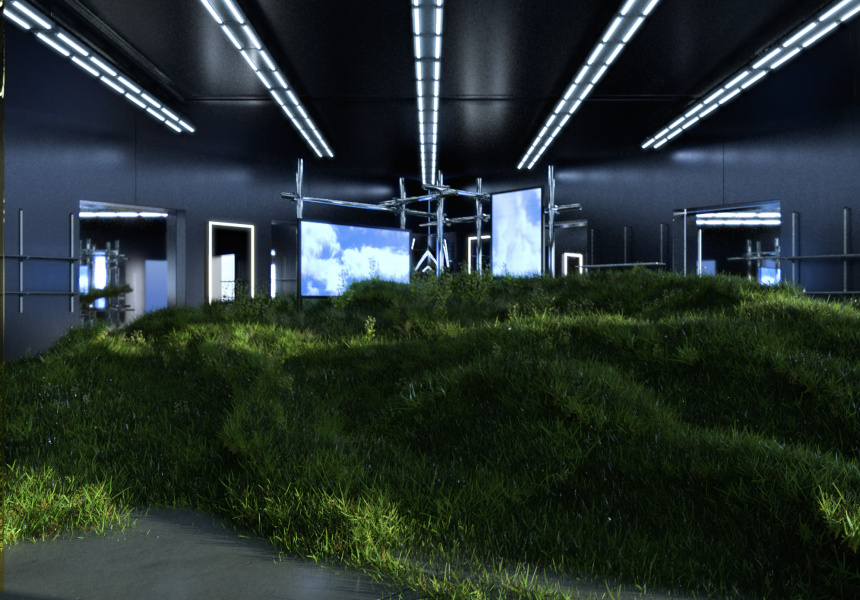 Shops that can be a fashion store one day and a bagel place the next. Builds made from modular and environmentally conscious materials. Private residences designed to integrate with public retail spaces. According to two experts, these are some of the directions retail looks to be heading in. Now a new series of webinars, dubbed Reimagining Future Retail Spaces, will bring together design leaders and retail architects from Australia (March Studio), the UK (Sybarite and Brinkworth), France (Ciguë) and Japan (Schemata Architects), to discuss the question: what does the future of retail look like?

Running online from Monday May 30 to Friday June 3, the series is the second such panel Beulah has hosted. While you’ll need to tune in to hear exactly how the conversation turns out, we chatted with upcoming guest speaker, architect Rodney Eggleston of North Melbourne-based March Studio, and Beulah’s general manager of retail and tenant partnerships, David Monaghan, to hear hints of how the retail space might change in coming years.

Sustainability
While many retail spaces are prioritising a more environmentally-conscious model of construction, Eggleston says rather than an outlier we should see it become commonplace. “People just expect retail to be sustainable these days,” says Eggleston. “The glitz and glamour of all the MDF and shiny plastic surfaces of the early 2000s has eroded.”

He says it’s resulted in almost an “anti-style” movement at the moment. “It’s more about the honesty of the material. For example we’re seeing a lot of signs made out of perspex boxes with all the cables showing. It’s this honesty of getting back to how things are made, not trying to create a whole bunch of opulence around the object as much as it is removing ornament to get back to that essentialness. Where luxury is heading at the moment is trying to pare it back to basics, excellent selections of materials and scarcity of materials. It’s playing into the psyche of doing more with less. It’s an interesting time for us as designers because of the challenge there to perform with limited materials. It’s quite exciting really.”

Monaghan from Beulah agrees – and wonders what it might mean for the presentation of such spaces. “The importance of sustainability, recycling, repurposing, reshaping, reusing - what does that mean in terms of the design of a physical space?’” says Monaghan. “We think [the idea of] people being interested in where the food has come from, who the producer is and local food miles, will creep into many retail category areas. But how does that then transfer into a physical space?”

Versatile design
Significant changes to retail have been triggered by the pandemic. With tenuous tenancies and high turnover now commonplace, Eggleston thinks retail spaces of the future will be designed to make changeovers quicker and less expensive for leaseholders.

“How do you do something that’s a retail clothes shop that can then be adapted into a bagel shop?” says Eggleston. “Where is the crossover and opportunities for the furniture to be reconfigured in a way that multiple users can come in and re-customise? There’s something there that can begin to de-risk the whole venture for not only the tenants, but landowners as well. It costs a lot of money to set up a shop interior. So I think what we’re going to find is, hopefully, a recalibration of the deals being done between landlord and tenant so there’s the ability for spaces to maybe have one, two or three different lives. As designers, it’s interesting to think how you can design those interiors so they have the adaptability for somebody else to come in and rebrand it.”

The intersection of residential and commercial
Monaghan and Beulah co-founder Adelene Teh are exploring such potential in Beulah’s new Sth Bnk development, which is set to be completed around 2027.

“It’s a vertical village that’s integrated,” says Teh. “The project explores the future of living, future work, future retail, future health and sustainability.” Covered with greenery and twisting toward the sky, situated within the massive development will be a 25,000m2 retail ‘podium’, creating an interplay of residential and commercial space.

“People will need to cross that [retail] threshold to get up to their house,” says Eggleston. “The way in which retail can engage with the community that lives in those towers is going to be super interesting. The tensions between those edges and the interaction of what is effectively a private space but also a public space is where the opportunities of that future exist.”

The idea will have to also embrace a future in which the family unit is changing. “Yes, you’ve got families with potentially one or two or three children, but there are also a lot of people who are not having children,” he says. “So what does that mean in terms of a physical space and the programming that occurs within that physical space?”

Find out the answer to these questions at the Reimagining Future Retails Spaces – Session 2 webinar. Running from Monday 30 May to Friday 3 June, sessions begin at 8pm daily. See more information and register

This article is produced by Broadsheet in partnership with Beulah.

Produced by Broadsheet in Partnership with Beulah Learn more about partner content on Broadsheet.