An unpredictable show that makes its curators the stars. 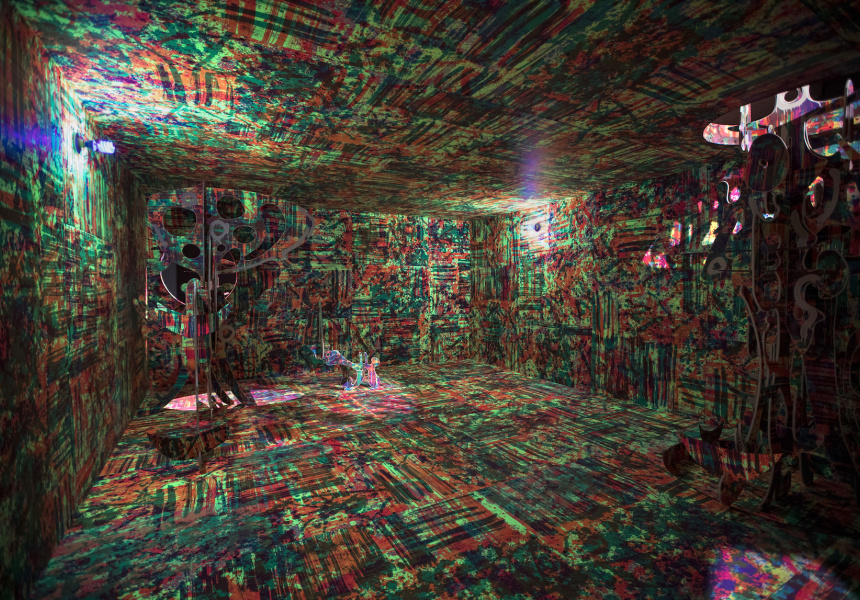 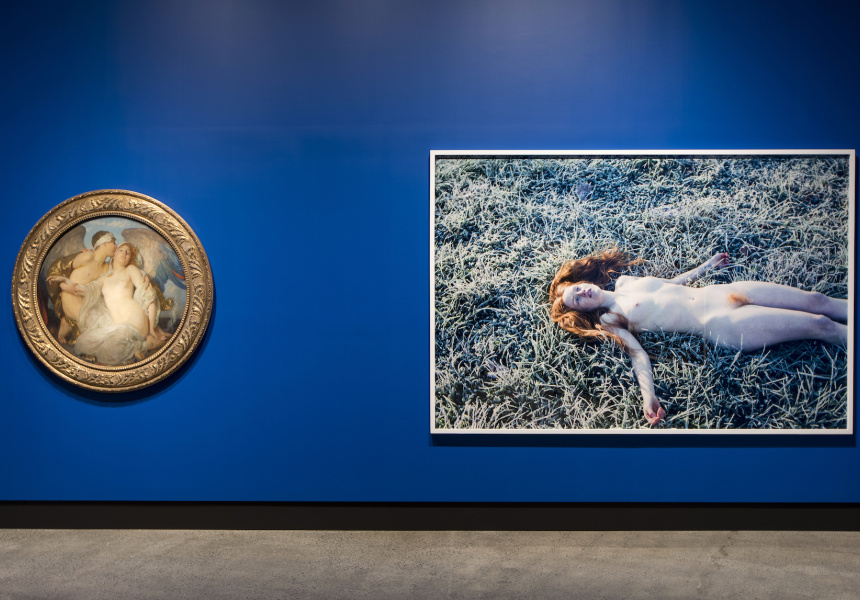 There are four entrances to MONA’s new show, On the Origin of Art, all marked only with strange symbols. Choose a door at random. Each leads to a labyrinthine space by a different guest curator, designed to answer a question put to them by the Hobart gallery’s head honcho, David Walsh: “We need art – but for what?”

The twist (as if it needed another twist) is that the four guest curators are scientists: cognitive scientist Steven Pinker, evolutionary psychologist Geoffrey Miller, theoretical neurobiologist Mark Changizi and literary/evolutionary theorist Brian Boyd. Each spent two years coming up with their own theory as to why humans make and appreciate art, and developing a space that demonstrates that theory.

Is art just the creation of shiny objects to attract a mate? Is it a “pleasure technology”, designed merely to amuse us? Is it our way of harnessing and reflecting nature? Or is it “pattern play”, our brain’s way of having fun with the patterns that underpin our understanding of the world? These are the theories the curators have come up with, and the art is there to prove their points.

The curators were invited to write wish lists of what they felt best illustrated their theories, then MONA did its best to bring that list together.

Some of it wasn’t possible. Botticelli’s The Birth of Venus, for example, is never leaving Italy.

But what is at MONA is still the most ambitious thing the gallery has ever attempted: more than 230 artworks from 35 countries, including some from Walsh’s own extensive collection, new commissions, and pieces loaned from galleries all over the world.

Your eyes bounce from Jeff Koons to Dr Seuss. From a 26th-dynasty Egyptian coffin, to Natasha Pincus’s music video for Gotye’s Somebody That I Used to Know.

There’s plenty of crossover and disagreement between the four scientists. They even argue against each other in the catalogue and in the audio accompaniment. It’s fun to see the other three gang up on Miller for his theory that art is just about impressing potential mates.

The theory that lends itself best to a curated gallery space is Boyd’s – the literary theorist. In fact, it was his book, On the Origin of Stories, that inspired the show. Walsh made it mandatory reading for all his curatorial staff.

Boyd first came to MONA four years ago. “It was radically eclectic,” he says. “I love it here because they challenge accepted art history.” Walsh is an agitator in the art world. The permanent collection at MONA stirs up conventional curatorial wisdom almost as much as his sex-and-death obsessions stir up prudes.

Boyd’s theory of art comes down to patterns.

“Our brains are pattern-recognition devices,” he explains. “And art is essentially us playing with patterns.

“Faces are a particularly important natural pattern for us, so I start there,” he says. “Then I think about art that doesn’t involve natural patterns, like with Islamic art.”

Boyd’s selections tell a story, from a trippy, yellow-and-black polka-dotted room called Dots Obsession by Japanese artist Yayoi Kusama, to a room detailing the development of comic art at the end (comic artist Art Spiegelman is the best-represented artist in the whole gallery).

But the piece that he lingers on the longest when showing me through his space is Katsushika Hokusai’s iconic The Great Wave off Kanagawa. “All these interplays of pattern,” he marvels, pointing out wave formations in the violent, tumultuous sea. “Not only nature-inspired patterns, but playful pattern-making.

“This moment is frozen forever. Art controls chaos and uncertainty.”

There are a few flaws in the show as a whole. The theory can be dense, and the ideas won’t get through to everyone. Then there’s the fact that the four theorists are all men, making the Walsh-dominated building even more intensely blokey (these are scientific theories, so gender shouldn’t come into it, argues senior curator Jarrod Rawlins).

But the unpredictability and possibility of the guest curators’ total free reign is infectious and exciting. It’s not often a curator is as important as the artist he or she is arranging, and it’s even rarer that the curator of a major gallery show should come from outside the art world. Here the narratives of the curators are the very point of the exhibition. Their voices are loud and clear. And it makes the work on the walls sing.

On the Origin of Art is at MONA until April 17.