A new 3D online exhibition and five-part guided video tour, hosted by a senior gallery curator, are part of a colourful, intriguing show about milestones and breakthroughs that changed Indigenous art in this country forever. 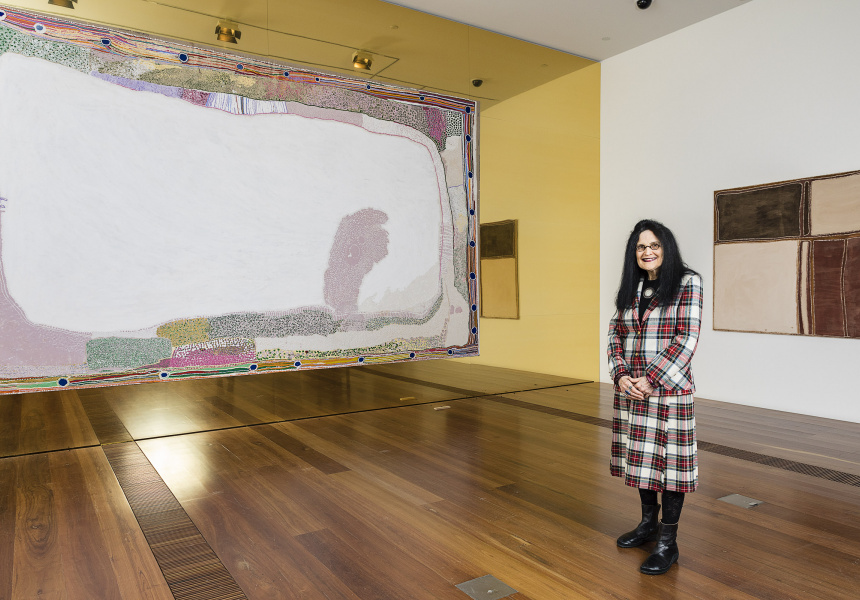 In an interview conducted shortly before his death, artist Keith Haring reflected on the similarities between imagery he used in his iconic Water Window Mural at the NGV and Australian Indigenous art.

“What I had painted on the glass wall was exactly what I was painting all over the world,” he mused. “I mean, the imagery contained all kinds of concentric circles and snakes and little figures and patterns. I had no idea they strongly resembled Aboriginal art.”

Perhaps, at surface level, Haring had no idea about the resemblance. But that mark-making process had been built upon thousands of years of indigenous cultures, including those of the communities of Indigenous Australia.

That history of mark-making is the focus of Marking Time: Indigenous Art from the NGV, which opened at NGV Australia in August last year as a quiet reference point to the Haring and Basquiat extravaganza.

With the gallery now closed due to coronavirus, the exhibition has been reincarnated online as a 3D virtual exhibition and video series.

Each video offers an overview of the different themed spaces in the exhibition, and a description of selected works in it, from the NGV’s senior curator of Indigenous art Judith Ryan AM (who began her career at the gallery more than 40 years ago).

“It’s always been our responsibility to share the collection and to make it known to the broadest number of viewers possible, not just in a physical exhibition,” Ryan says. “There are many people that can’t get into the NGV, not only in Covid-19 times. This is a way of bringing our collection to a much broader audience.”

Enter the virtual exhibition space and you’ll see the videos are embedded at various points; a refreshing take on old-school wall text. Navigating the virtual space with a cursor is a little jumpy at first, but after a while I begin to enjoy the unusual opportunity to come so close to each dot, each brushstroke and even each irregularity on the surface of the works.

Each room in the exhibition represents a key historical shift in the surfaces and media used by various Indigenous communities and artists. In the second room, Ryan takes you back to a “momentous change” in 1971, when a group of senior men at Papunya (in the Western Desert) began to transfer their sacred ceremonial marks and geometric designs – until then applied to the body or shields or cave walls or the ground – onto composition board, creating vivid, intricate dot-filled canvases in acrylic paint. It was the first time that non-Indigenous people saw these designs as works of art rather than ethnographic artefacts.

“[The men] decided it was time to share their most important dreaming signs … to impress the importance of staying on Country and their culture,” Ryan explains. “It [was] a political act – revealing and sharing these designs, sharing these spiritual beings, with non-Indigenous people.”

In the third room, we zoom from the ’70s and ’80s into the 2000s, with walls studded with vibrant neon works by Reko Rennie and Brook Andrew; large-scale animations by Josh Muir; and a recently acquired video piece by Hannah Brontë.

These online experiences are wonderful in many respects – you have the gallery to yourself, plus in some cases you can get closer to the artworks than you would in person – and they give art fans access to world-class shows at a time when they can’t physically enter a gallery. But Brontë and Muir’s pieces show the limits of the online tour; both works feature mesmerising moving images and striking soundtracks, but they appear as static, noiseless – albeit striking – works in the virtual exhibition.

In another room, the NGV shines a light on a lesser-known but equally revolutionary chapter in the history of Indigenous mark-making. The space features dozens of vibrant gouache works on cardboard and paper created in the mid-1980s by the Warlpiri women of Lajamanu, at a time when Indigenous women were not encouraged to paint or make art. When Ryan visited the community in the 1980s to acquire works on behalf of the NGV, she was given two important instructions by the women. One, to keep all of the works together; and two, to ensure they were displayed separately from other pieces.

This is one of the many reasons why it’s so important that Marking Time was turned into a virtual exhibition – preserving the voices of the Lajamanu women in a gallery context can’t be achieved by simply displaying the individual works on the NGV website.

One of the central messages of the show is the urgent need to preserve the stories and cultures of our Indigenous communities. And even with their imperfections, these new digital, accessible formats allow for a greater opportunity to share the incredible visual details of our Indigenous history with the rest of the world. 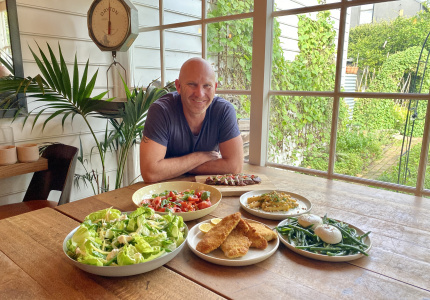 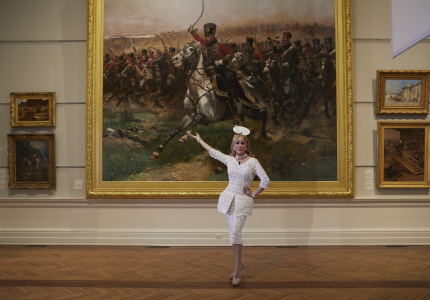 From Covid to Canvas: A Virtual Tour With Verushka Darling

From Covid to Canvas: A Virtual Tour With Verushka Darling