Created by one of the founders of a Korean restaurant group in Adelaide, the store sells teacups, chopsticks, rice spoons, traditional gift-wrapping fabric and other homewares imported from Korea, Japan and China. 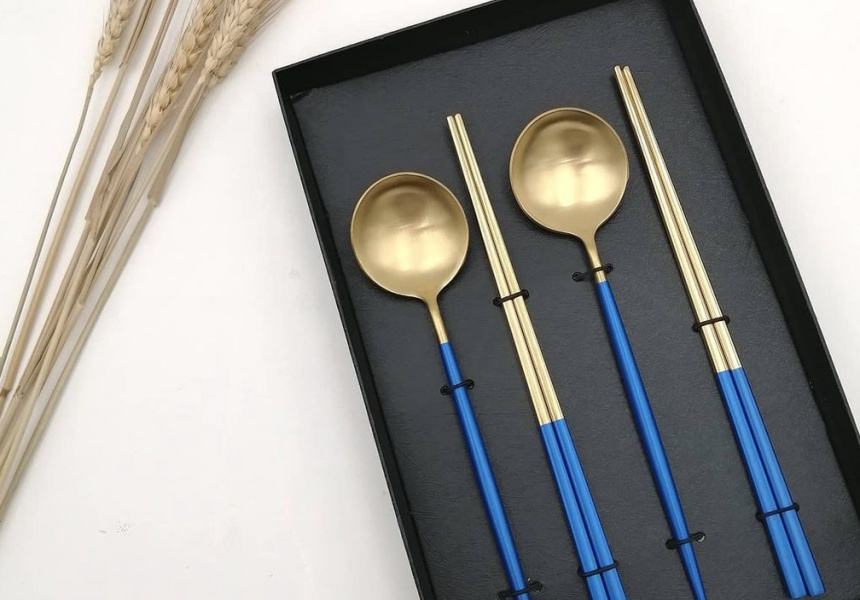 Late last year, HaeAh Lee – one of the founders of Adelaide’s Plus 82 Group (behind restaurants Pocha, Gogi and Mimi) – began supplying local cafes Leisurely Coffee and Mimi with cutlery from her online shop, Soban Factory. It’s been a hit: so much so that the latter cleared a space in the restaurant to start selling her products directly.

“Mimi is using our chopsticks in their restaurant. There were enquiries from their customers about where to get them from, so initially we had to organise a pick-up place,” says Lee. “So together we just decided, you know what? Just put the chopsticks in the restaurant, and they’ll be easier to sell as well.”

Lee’s Soban Factory is an online homewares store with products imported from Asia. It launched in September with a selection of cutlery and crockery, utensils and decor – basically, everything that complements a soban. “In Korea, a soban is like a coffee table,” says Lee. “It’s for little snacks in between meals, or like a tea table. So that’s what we initially wanted to bring in – the traditional experience – to Adelaide.”

Lee is working with suppliers from Korea, Japan and China to stock her online shop. “If you actually decided to buy a very good pair of chopsticks imported from Japan, it’s really hard to find in Adelaide, whether online or offline,” says Lee. “If you go to a restaurant, a lot of products they’re using are from big companies in Melbourne and Sydney.”

Soban Factory sells porcelain teacups, floral patterned chopsticks, wooden serving spoons shaped like fish, rice spoons shaped like rabbits, and wooden cutlery and coasters shaped like flowers. Plus gold stainless-steel cutlery; sushi plates; and traditional Korean wrapping cloths, or bojagi (furoshiki in Japanese), designed in Adelaide by Lee and made in Korea. “Koreans can’t travel back to their country at the moment, so they’ve been buying our products,” says Lee. “Traditionally in Korea, we use stainless-steel cutlery, and silver is the colour that we usually use. But gold has been really trendy the past couple of years.”

Without a bricks-and-mortar store, Lee has been busy with pick-up requests and holding the occasional market stall. A physical shop is on the way – hopefully this year – and because of Lee’s food background (including management roles at La Boca Bar & Grill and Ginza Miyako) it will also feature a menu with a mix of western-style brunches and Japanese and Korean-inspired dishes.

Soban Factory’s Adelaide store is expected to open later in 2021.