The 2019 Design Week program is bigger than ever. In partnership with NGV, we spoke to two of the event’s curators to find out what we should be marking in our calendars. The Supply Chain commissioned for Designwork 03 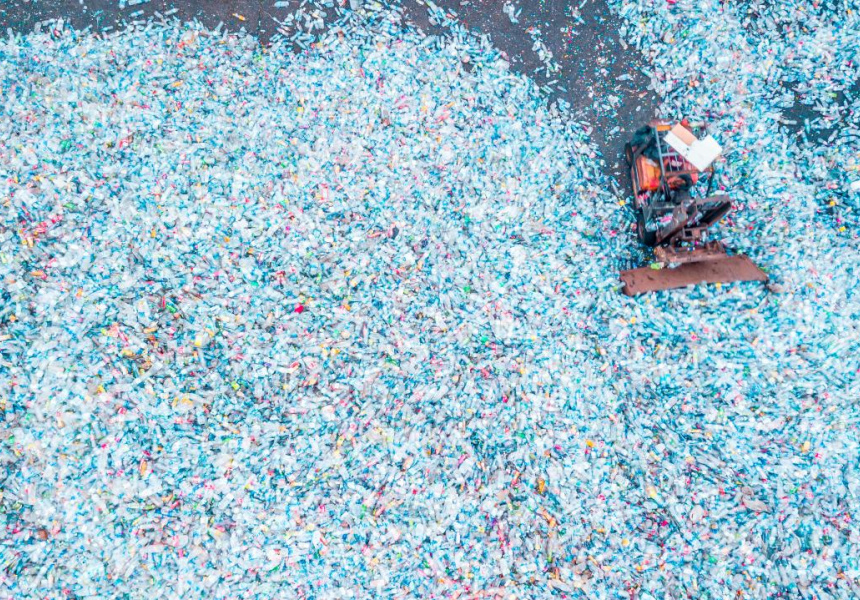 Photography: Courtesy of the NGV
1/3 With over 200 events, 47 exhibitions, 14 film screens, 77 talks, 22 tours and 18 workshops, the 2019 edition of Melbourne Design Week is bigger than ever. But, like any piece of good design, it’s not about style over substance. “To be honest we want to be in a position where Melbourne Design Week actually stands for something beyond just design for the sake of design,” says Ewan McEoin, senior curator of the department of contemporary design and architecture at the NGV. “We assume newness is good – why? Maybe it's not?”

It’s these kinds of questions that will be asked from March 14 to 24 - along with investigations into issues such as climate change, public health, artificial intelligence, machine learning, pollution, safe cities, and gender diversity. “I'm excited to see the design industry step up with something a bit more opinionated and engaged with the future, in a thoughtful way,” says McEoin.

With such an enormous program, it can be a mission simply navigating the calendar. We asked McEoin to flag some highlights.

Supply Chain
A personal favourite of McEoin’s is Supply Chain, an exhibition curated by Guy Keulemans, a multidisciplinary designer and researcher from UNSW. “We've collected his work, which is kind of about post-industry,” says McEoin. “It asks, how do we consider waste as a resource and how might we reimagine our relationship with material culture? He's got a very good group of people involved and I think it's going to be very provocative, and possibly a very important show.”

Waterfront
The Yarra is a major arterial that has sustained people living in and around the area we now call Melbourne for tens of thousands of years. But it’s been used and abused. Waterfront, a series of events in collaboration with Open House Melbourne, reconsiders the ways in which we could engage with the river.

“There are questions like, where are the public spaces on the Yarra?” says McEoin. “How can you engage with the river? Why can't we swim in much of it? And what planning decisions have they made over the development of Melbourne, which has impacted the river, and how might that be reversed, or reimagined? I'm excited about that programme, because I live by the river, and I kayak and swim in it. I am frustrated when I see how much pollution is still in there. As a city and community, it would be just wonderful if we were able to use the river differently.”

Art Book Fair
A highlight of every Melbourne Design Week, the Melbourne Art Book Fair brings together publishers, artists, designers and readers for talks, classes, launches and more, across four days at the NGV. “It’s become a kind of institution after only four editions,” says McEoin.

Book fair curator Megan Patty says the event aims to create an accessible public platform to discuss contemporary publishing and those who contribute to it. “Art and design books are something we’re all very familiar with,” she says. “But we go one step further, delving deeper to examine how they are made, who contributes to them, what voices they make space for and perhaps most importantly - their contribution to the world we live in.”

Patty says a key topic at this year’s fair is the convergence of graphic design and fashion – as evidenced in the keynote event, Graphic Fashion, on Thursday 14 March.

Waste Challenge Live Pitch
Hosted by Craig Reucassel from The War on Waste, this event is the culmination of the Victorian Design Challenge, which asked both creative practitioners and students to tackle the ever-expanding problem of the stuff we throw away. Contestants will have to advocate for their ideas in front of a live jury – and a live audience – in the NGV’s Great Hall. “This something the NGV does well – this kind of large, well-produced event on a topic, and giving it a bit of gravitas,” explains McEoin. “And it’ll be fun.”

Toxic City Symposium
Featuring a roster of heavy-hitting speakers such as Dutch artist Daan Roosegaarde; The New York Times’ international climate reporter Somini Sengupta and ultra-sustainable chef Joost Bakker, the Toxic City Symposium asks hard questions about how to create and grow a city without poisoning it. “The brief from us is for it to be provocative, high energy, and pushing beyond the normal kind of assumption that design is just inherently good,” says McEoin. “If we're going to address the challenges ahead for cities we need to radically redesign the way we approach buildings, urban planning and landscape.”

This article is produced by Broadsheet in partnership with NGV. Melbourne Design Week and The Victorian Design Program are initiatives of The Victorian Government 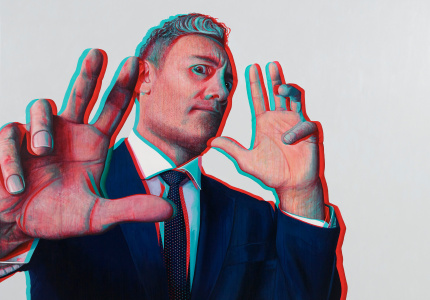