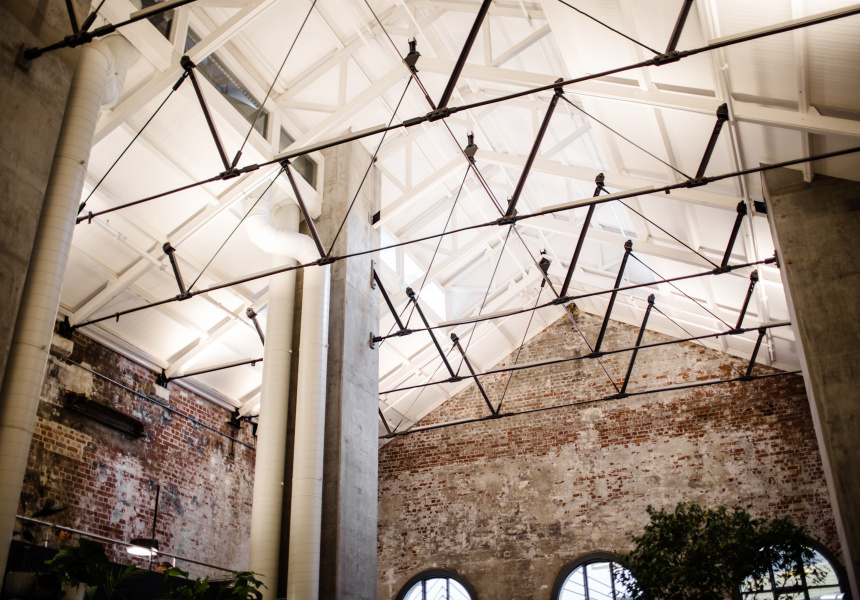 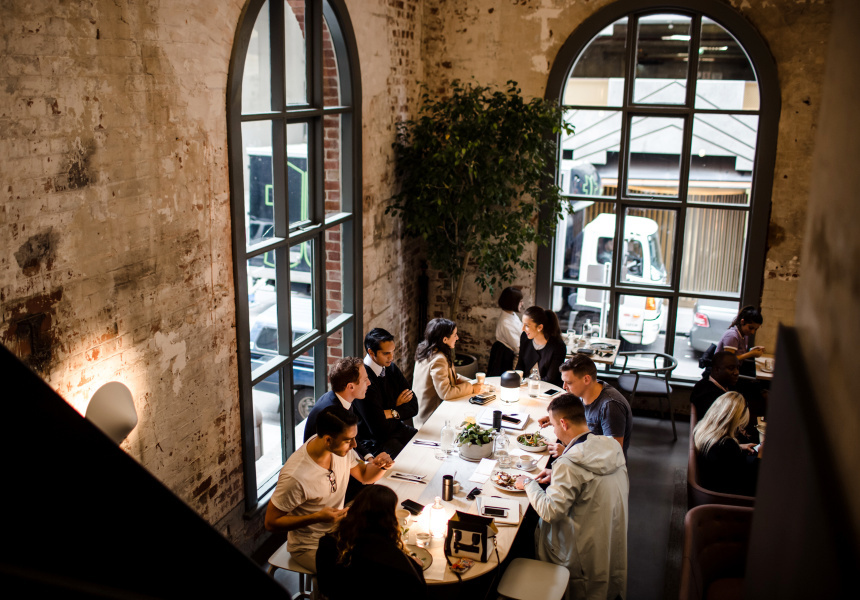 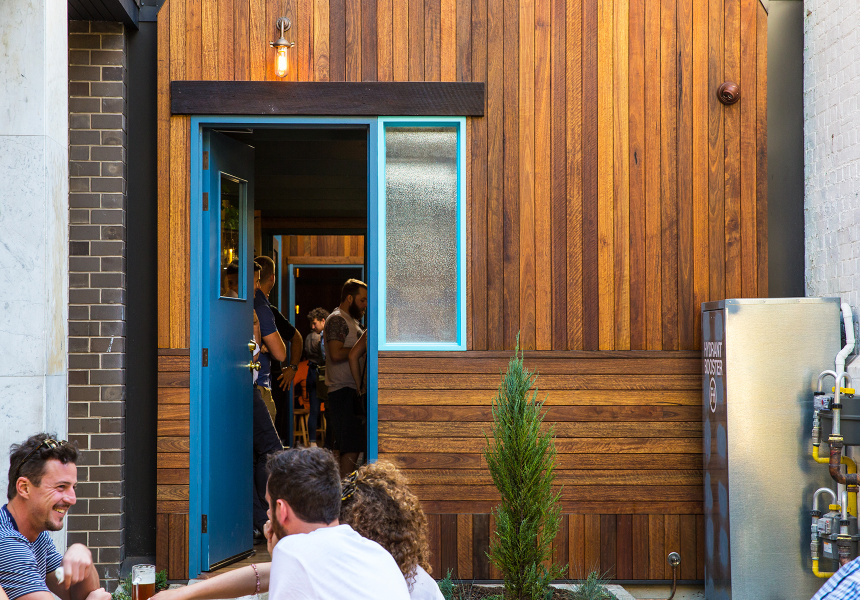 As if the lines at Lune Croissanterie are not already long enough, now pastry addicts have another fanatic to compete with: design buffs. Lune, along with Higher Ground, Dinner by Heston and Il Bacaro in Melbourne, along with Adelaide’s Pink Moon Saloon, have been picked as the best-designed hospitality spaces in Australia and New Zealand at the annual Eat Drink Design Awards.

Lune Croissanterie, designed by Studio Esteta, won the Best Retail Design category. Moody and minimalist, Lune’s Fitzroy showroom and bakery occupies a converted warehouse and is inspired by Star Wars, with splayed LED lights on the ceiling and a futuristic glass cube – the Lune Lab – in its centre.

What the judges said: “Lune Croissanterie is many things all at once: an experience, an event, a showroom for goods, even a shrine complete with altar, all to the greater glory of one thing: the croissant.” One juror even referred to Lune as the “Apple Store of croissants,” where “the interior perfectly manifests the concept of experiential retail and takes it to an almost obsessive, higher level.”

Melbourne's Higher Ground, by DesignOffice, won Best Cafe Design. The cafe occupies a former power station with 15 metre-high ceilings, loads of natural light and distinct eating and drinking spaces on multiple levels. An L-shaped mezzanine overlooks the bustling ground floor, while a hotel-style lounge is set up to read, work or eat.

What the judges said: Comparing the cafe to an “urban drawing room,” the jury said Higher Ground is "exceptionally executed" and managed to solve practical challenges “while safeguarding the expression of, and respect for" the original space. Meanwhile diners enjoy a “different voyeuristic perspective” each time they visit.

Dinner by Heston, by Bates Smart, won the award for Best Restaurant. Diners enter the restaurant through a dark and dramatic 20-metre wooden corridor before arriving in a rustic dining room with patterned ceilings, mechanical statues and walls decorated with porcelain Victorian jelly moulds.

What the judges said: They summarised the essence of Dinner by Heston with one word: sumptuous. The restaurant is “tailored to emphasize the fact that you are somewhere special, and that special things are about to happen,” they wrote. “This is an interior that perfectly reflects the ambition of the venue and the chef himself… You sink into the deep comfort of this interior, both literally and conceptually.”

Adelaide bar Pink Moon Saloon took home awards for Best Bar Design (by Matiya Marovich of Sans-Arc Studio) and Best Identity (by Carlo Jensen of Peculiar Familia). The accolades follow a win at London’s Restaurant and Bar Design Awards last month. The tiny venue is sandwiched between two office buildings in a former alley off Leigh Street. Inspired by the US National Parks Service and Japanese design, the timber-lined hut is simultaneously ambitious and simple.

What the judges said: “While the design undoubtedly pursues a sense of genuine fun, it also taps into that deep Australian memory of long-forgotten cubby houses and sheds.” The bar “manages to make something from nothing – a forgotten space infused with a feeling of joy.”

The jury also inducted Melbourne’s Il Bacaro, designed by Chris Connell Design, into the Eat Drink Design Awards’ Hall of Fame. Maurizio Terzini (the man behind Sydney’s Icebergs, Bondi Italian, Neild Avenue) opened in Il Bacaro in 1995 and the restaurant remains one of Melbourne’s favourite Italian dining spots more than 20 years on. With its dark timber paneling and Vitrolite glass panels from the 1930s, Il Bacaro was one of designer Chris Connell’s earliest hospitality projects (he also designed Caffe e Cucina, an iconic Melbourne cafe opened by Terzini but like Il Bacaro, no longer owned by him).

What the judges said: “The finished venue is quite inward-looking, with views to and from the exterior obscured by dark timber venetian blinds, which serve to intensify the atmosphere and the sense of drama and theatre within.”

For more on what the judges said visit eat-drink-design.com. 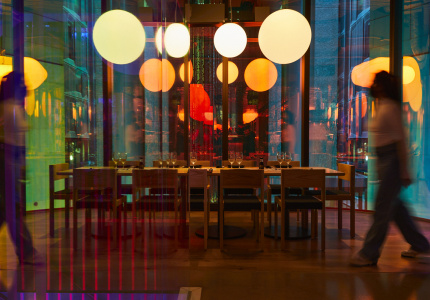 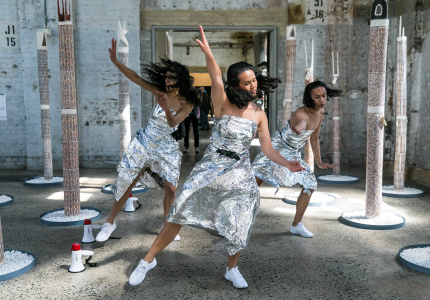