Gone are the days when exotic homewares were spirited back from overseas to take pride of place in the home. Some of the most impressive designer products are now made locally. In partnership with Mercedes-Benz, here’s who to catch up on. 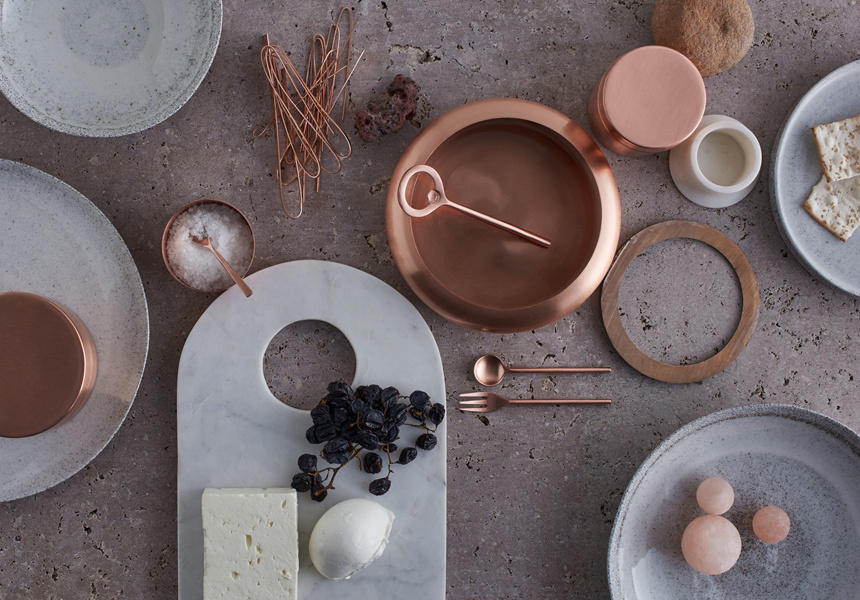 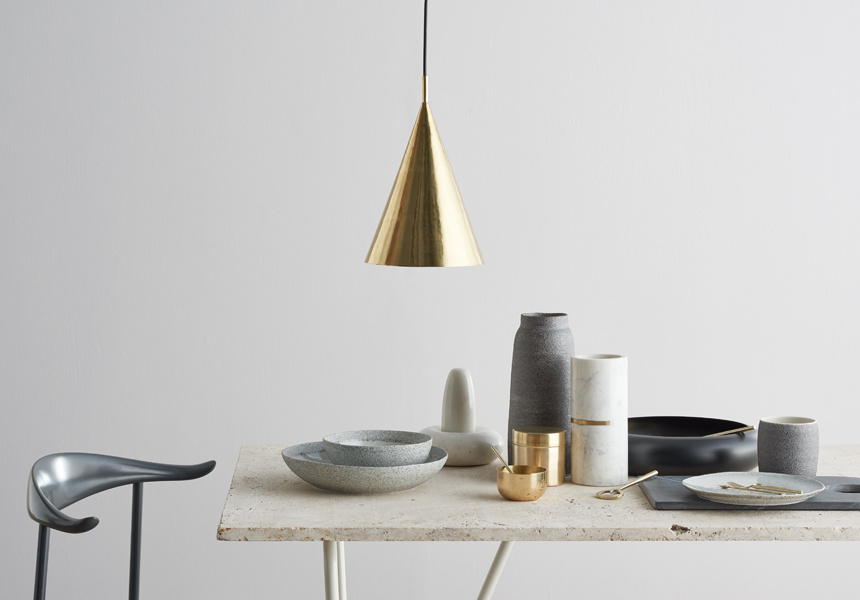 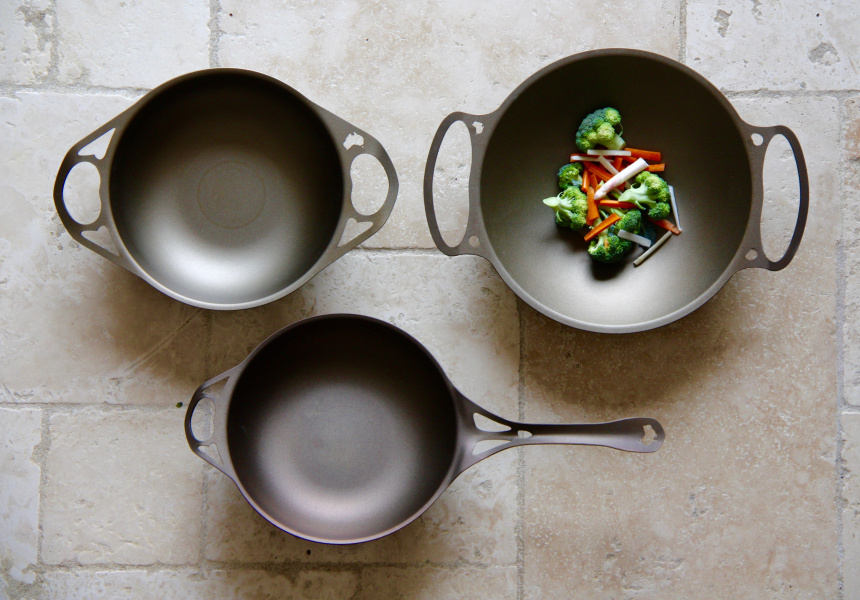 Everyone wants a fancy-looking plate or pot on display in the kitchen. But they’re not much good if you can’t use them. When it comes to homewares, aesthetics are important, but craftsmanship is integral.

In Australia we’re lucky to have cultivated some of the best in the business. From textiles to woodwork, here’s a shortlist of uncompromising local designers making the high-quality homewares you need in your kitchen. 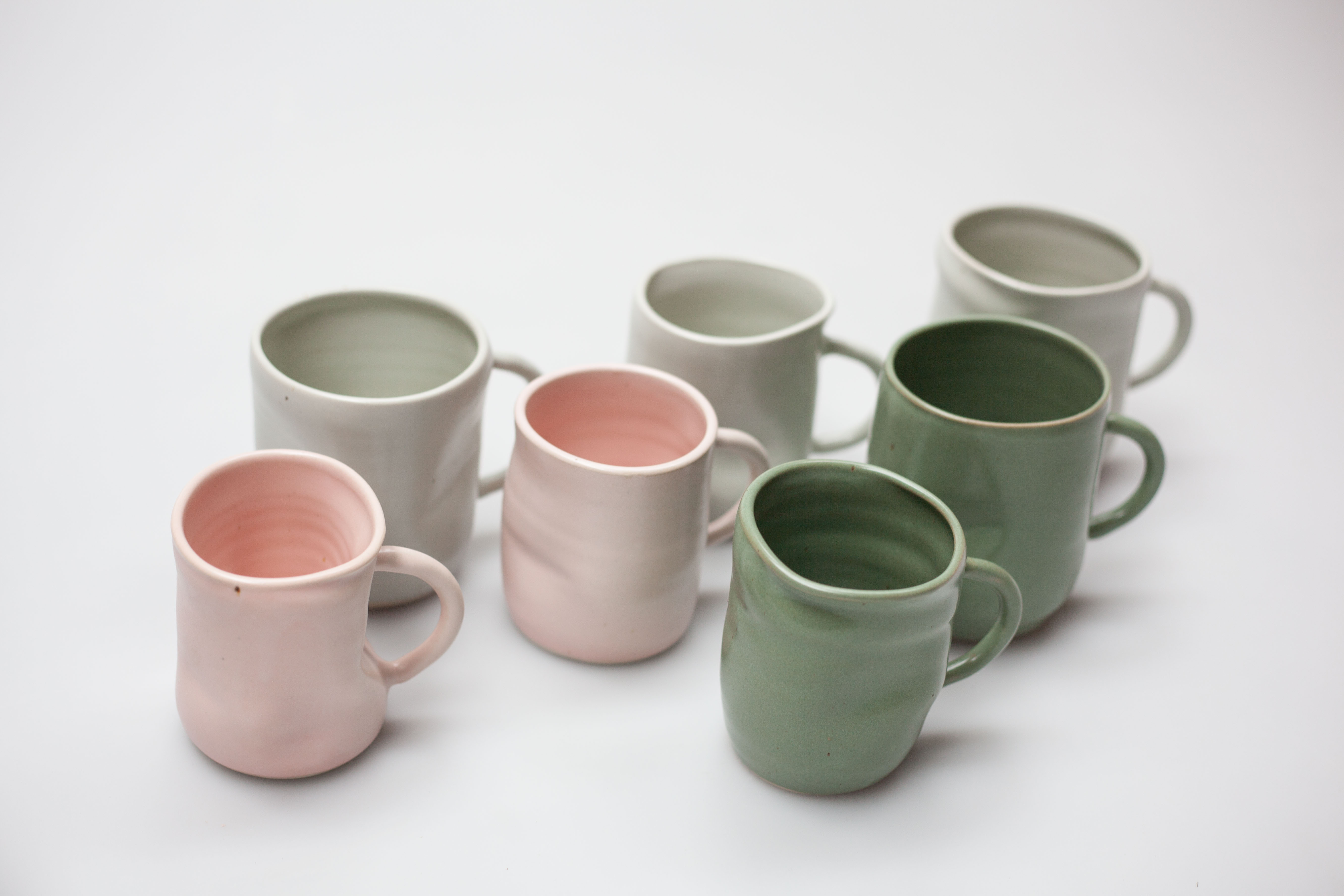 Lemons Ceramics
Lemons Ceramics is the work of James Shaw. Originally from New Zealand, Shaw now works from his studio in Thornbury, Victoria, where he designs organic shapes that embrace the personality of imperfections.

Lemons Ceramics’ Bump collection is specifically designed to highlight the human touch in his creations. Shaw says he found inspiration for the range when he bumped one of his newly thrown pots and liked its accidental shape. In addition, most of Shaw’s pieces are made with reclaimed mixed clay, lending each one unique variations in texture, colour and silhouette. 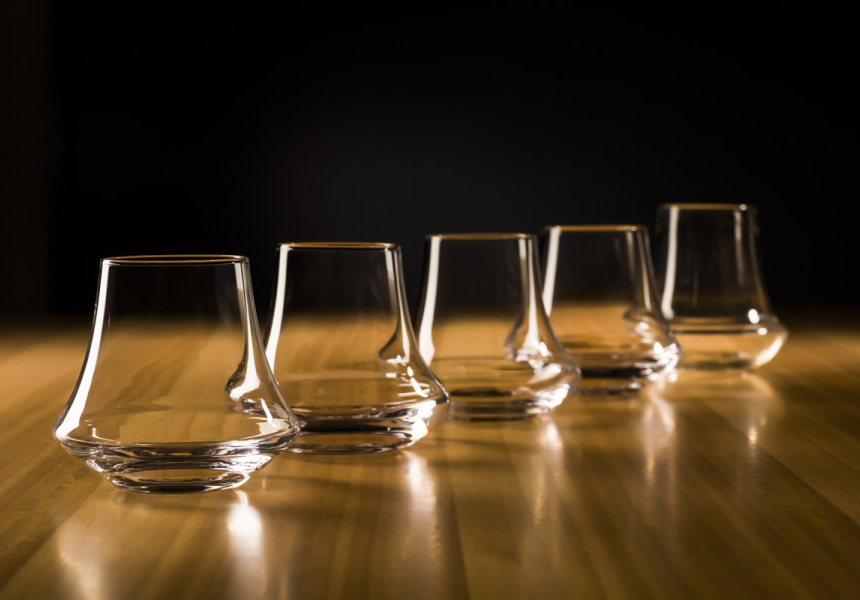 Denver & Liely
The brainchild of Melbourne friends and industrial designers Denver Cramer and Liely Faulkner, Denver & Liely is one of the very few glassware designers in Australia. Begun simply as a Christmas gift idea for family and friends, the brand’s lofty ideal is to provide the ultimate whiskey glass by combining the versatile form of a tumbler with the hand-blown, sensory functionality of a snifter.

It works. The hand-blown shape of the glass has a wide base for maximising the the surface area of the whisky, while the slim taper to the lip funnels the aromas to the nose. The brand has both ethical and environmental accreditation and they’ve recently added a gin glass to their online store’s repertoire. Something tells us there’s more to come. 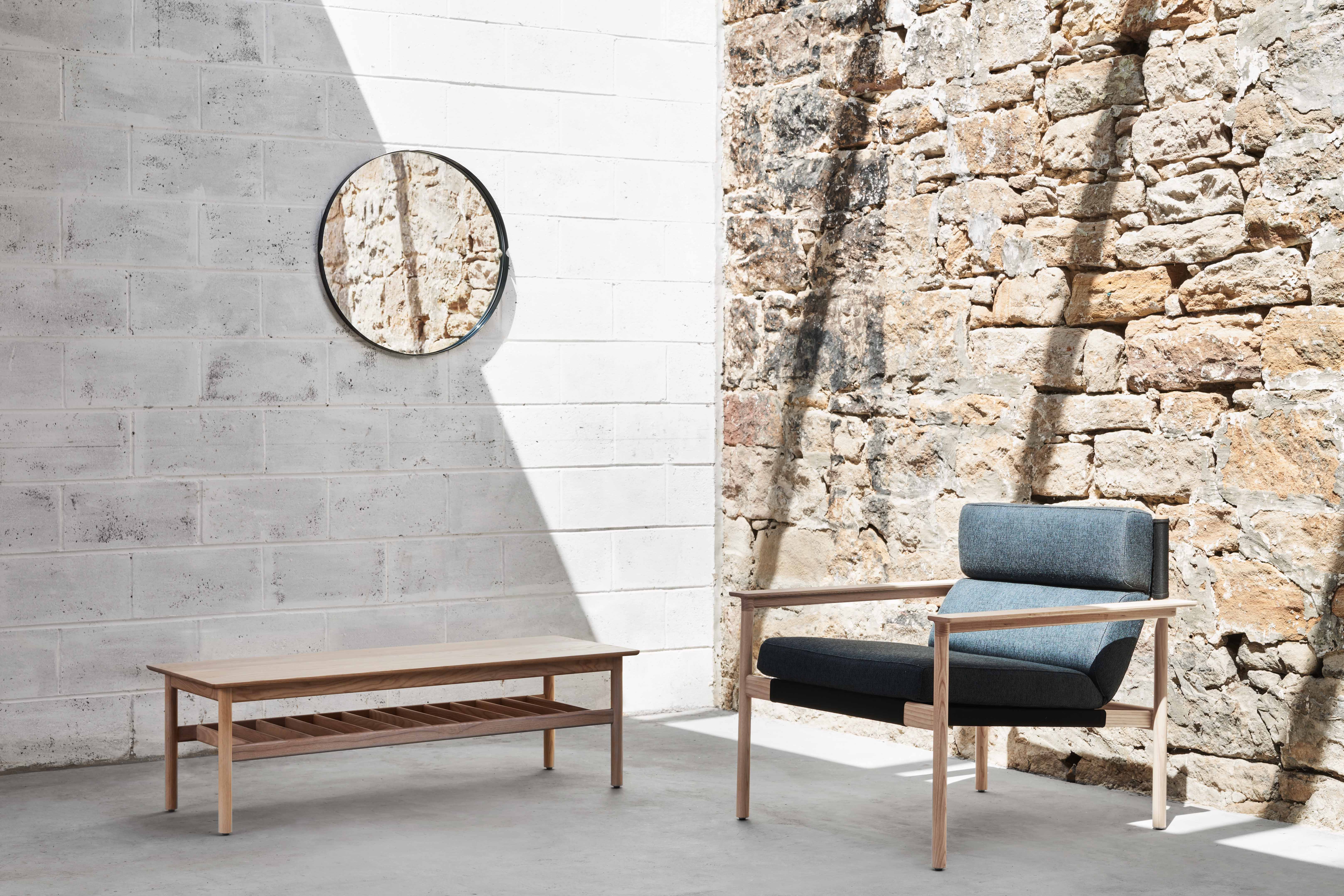 NAU
Nau is a collective of Australian designers brought together under the umbrella of Cult Design. Launching with a capsule collection from Adam Goodrum back in 2014, today stands to include designers Adam Cornish, Jack Flanagan and Gavin Harris. Together they exclusively make furniture, lighting and accessories for Cult stores across the country.

Standouts like the Rev Stool by Cornish aim to sharpen up the kitchen, with its spun metal stool representing the act of machine spinning and local industry. It comes available in three sizes (kitchen height, bar level, or adjustable), and four monochrome powder coats (grey, black, bronze and white) with the option for customisation. 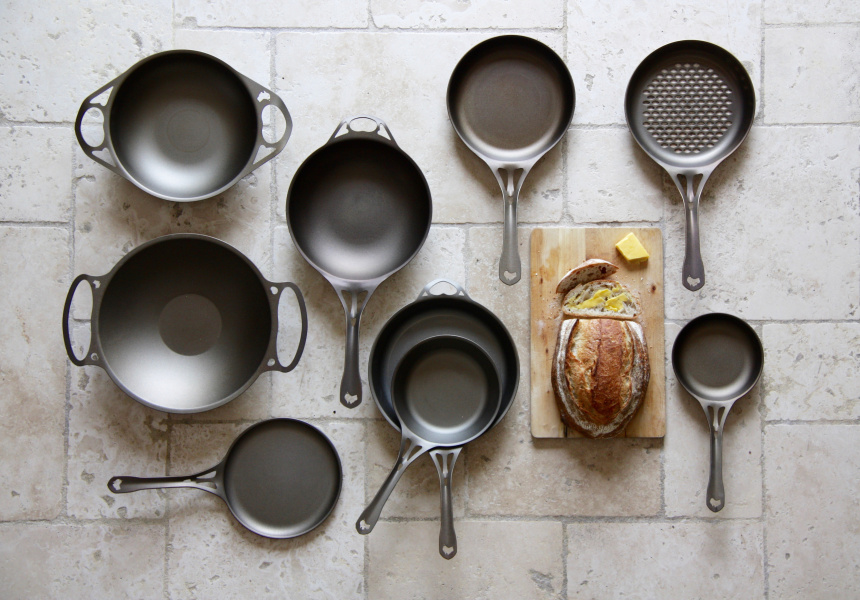 Solidteknics Pans
Pots and pans rarely take pride of place in the kitchen, unless they’re of French decent (see: Le Creuset). Melbourne brand Solidteknics’ are a worthy exception to the rule, designed and made in Australian by founder Mark James Henry.

The brand’s AUS-ION Formed Iron Skillet is formed with a single piece of sheet steel, is satin shot-peen finished and weighs half that of a cast iron pan. It comes in 18cm, 26cm and 30cm. Look a little closer and you’ll see an Australian cut out at the base of the handle – a trademark for the brand. Advocate Neil Perry swears by them and helped design the Flaming Skillet. They’re available through a few major retail giants, along with a few specialised homewares stores like Koskela. 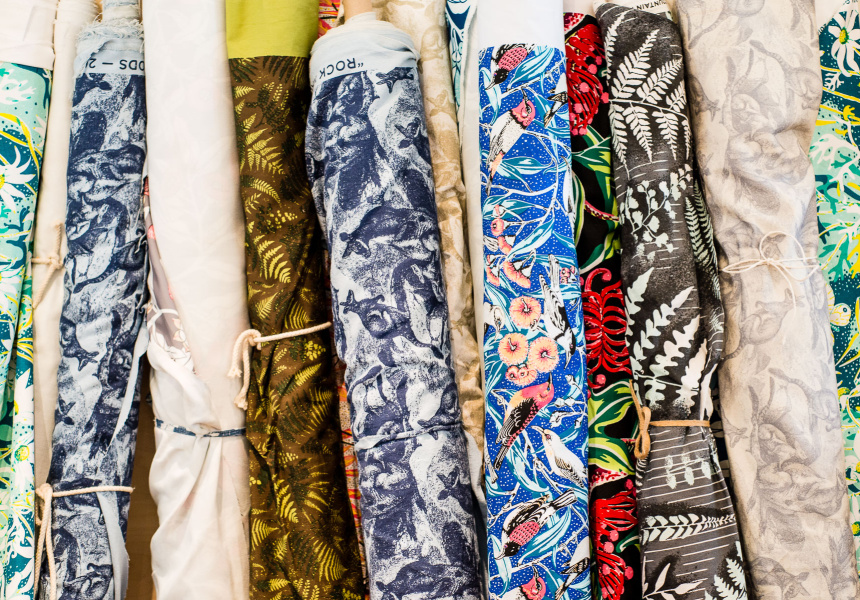 Utopia Goods
Bruce Slorach and Sophie Tatlow of Utopia Goods have built their brand on embracing Australia’s flora and fauna. Launching in 2012, the pair specialise in accessories, home furnishings and interior fabrics featuring quintessential Australian subjects. Everything they make is illustrated, hand screen-printed, and limited edition.

Utopia Good’s pure linen tablecloths feature natives like the Angophora found along the Eastern seaboard, the tree’s rough bark and clusters of white flowers represented by physical textures on linen.

There’s also a matching mitt, pot holder, apron, table runner and napkins from their flagship store in Paddington, Sydney, as well as online and through a long list of Australia’s best independent homewares stores. 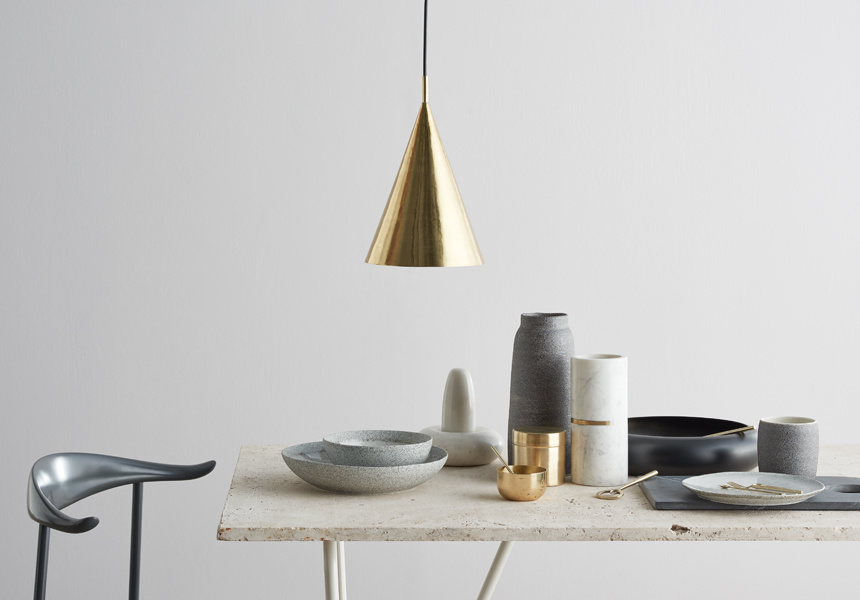 Lightly
For Lightly founder Cindy-Lee Davies, the concept of her design studio grew from wanting to take something domestic or ordinary, and make them “objects of desire.” It’s also inspired by her grandmother Rosemary Estelle Lightly.

High-quality standouts include Lightly’s Oval Salad Servers, as part of their metallic cutlery range, with each uniquely handmade from electroplated solid brass, and finished with a lacquered coating. The slight imperfections are a quirk of the crafted process. Lightly has a brick-and-mortar showroom in Collingwood, an online store, and is stocked in leading stores like Cult Design. 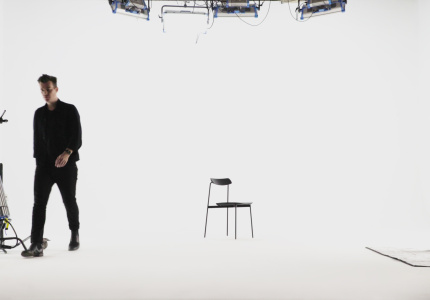 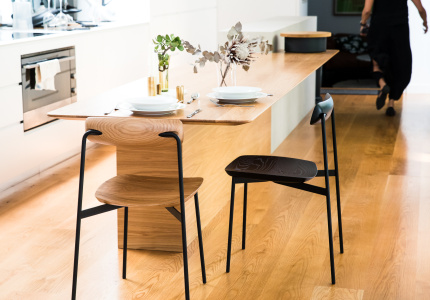 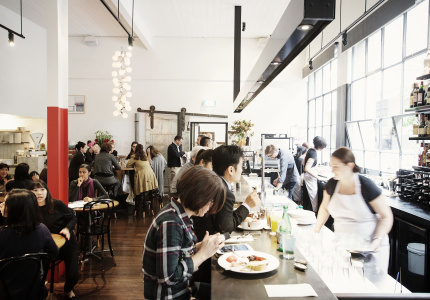 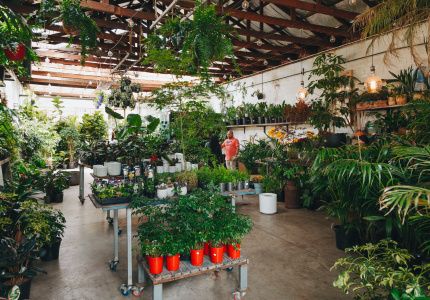