Micka Lesinskis doesn’t keep stock on hand – so each piece is a designed collaboratively and made according to your specifications. 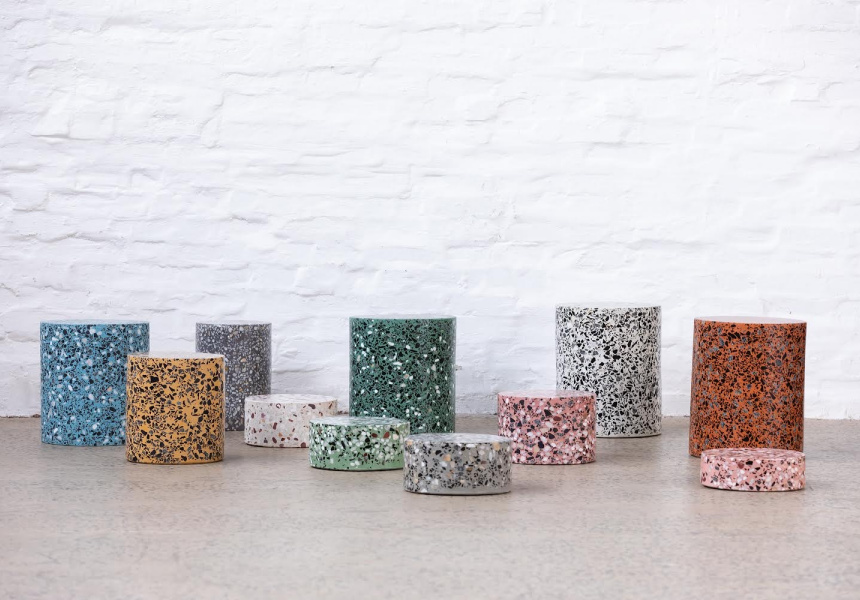 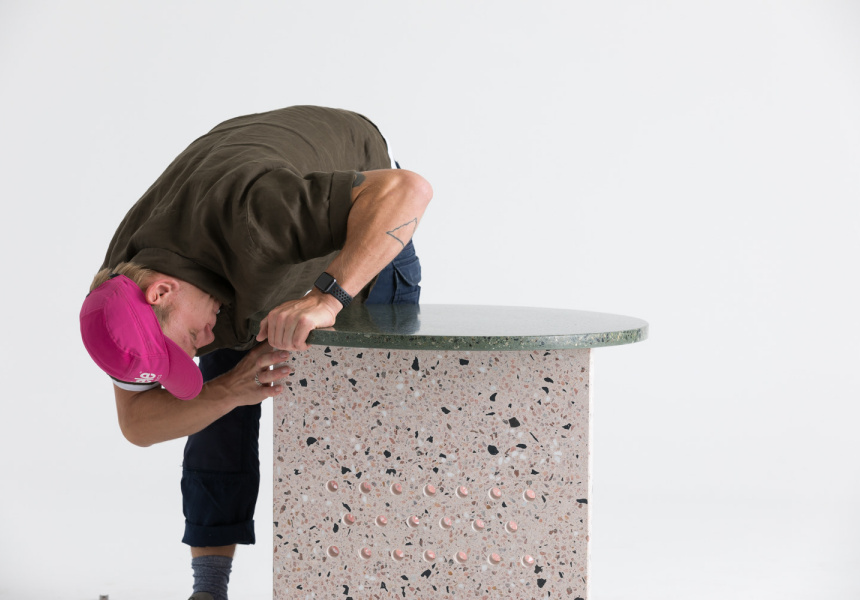 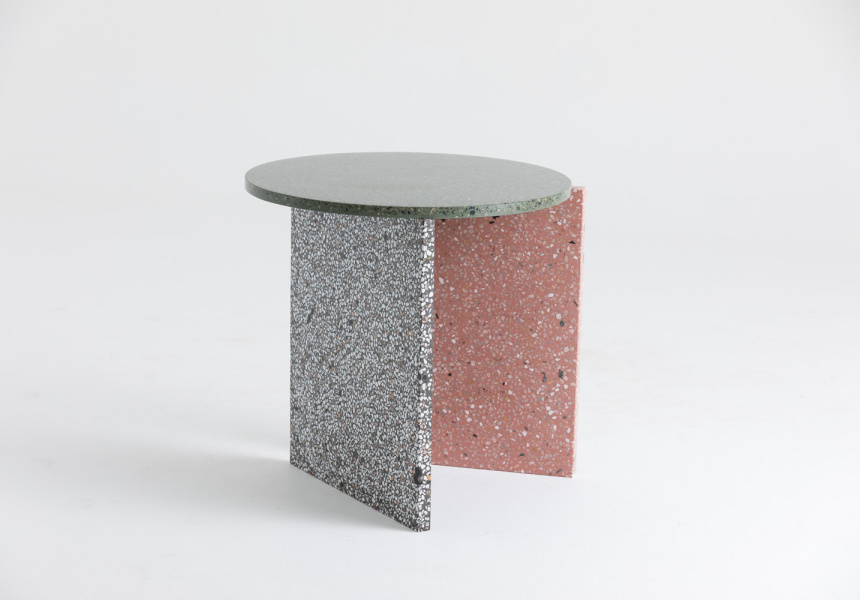 There’s a bright white coffee table speckled with black. There are cheerful “chubby stools” in every colour you can imagine. Blue dotted with pinks and blacks. Green with burgundy and white.

And then there’s my favourite – a “balance table” made up of three different slabs: pink, green and white, a circular top resting on top of two squares. It looks different from every angle.

Terrazzo is made from concrete, but it’s not exactly what you imagine when you think about concrete furniture. Concrete is grey. Utilitarian. Something to be hidden away. Terrazzo is a whole different arena.

Lesinskis is a carpenter, and started out creating terrazzo for fun in his spare time. But he quickly realised the potential it had.

“Experimenting with different colours and oxides … and different finishes, I found out it was just a much more flexible building material structurally and aesthetically than I ever thought it could be.”

Buying from Mortadello is a collaborative process. Lesinskis doesn’t keep stock on hand – each piece is unique and custom made. There are a couple of set designs for tables and stools, but customers choose the concrete and chip colours. You can also work with him on something bigger, made to your specifications.

For example, one recent client had a Singer sewing machine that had been handed down through three generations of her family.

“The existing marble benchtop for it was a little bit damaged and she wanted a terrazzo benchtop to replace it, which I thought was really cool,” says Lesinskis. “I guess that’s a case in point of the variety and how personal something could be for someone.”

Lesinskis also makes custom dinnerware and refurbishes kitchens with terrazzo benchtops and splashbacks, but he’s open to all kinds of ideas.

“Pretty much your imagination is the limit,” he says.

Mortadello ships nationally. Indicative pricing ranges from $350 for a serving platter to $750 for a stool, $1300 for a side table and $3650 for the Balance Table.