A new exhibition in Canberra spans nearly 500 years of portraiture – from David Beckham to Isaac Newtown. In partnership with The National Portrait Gallery, curator Joanna Gilmour chats about five of the exhibition’s most striking images. 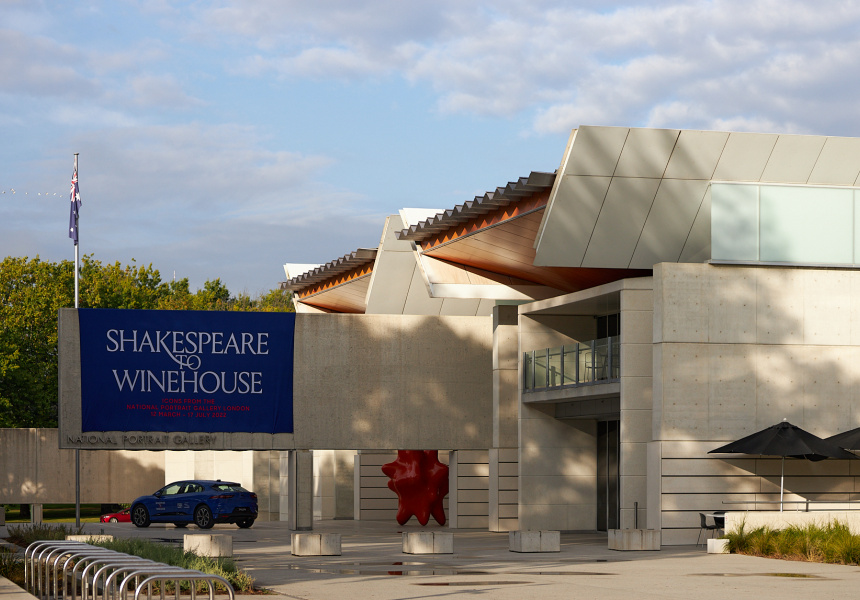 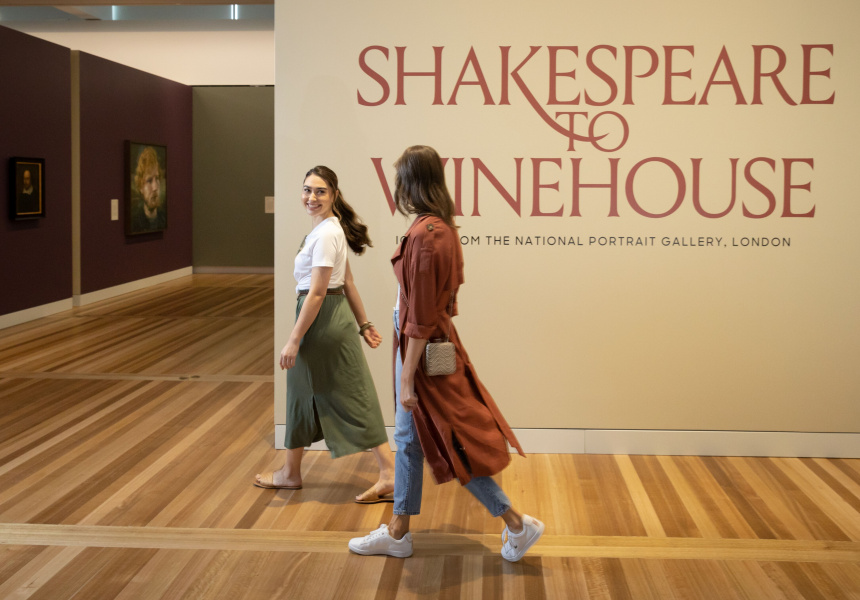 The challenge of capturing the most famous faces in the world is unearthing an image that can still surprise.

“It’s not him as the rock star strutting around a stage,” says Joanna Gilmour, curator of collection and research at the National Portrait Gallery in Canberra, of David Bailey’s black-and-white photo of Mick Jagger from 1964. “It’s just him, up-close. He’s got this fabulous jacket on with fur lining that’s framing his face. It’s more like a fashion photograph than a rock star portrait.”

The Jagger photo is one of 84 deeply varied works on loan for Shakespeare to Winehouse: Icons from the National Portrait Gallery, London, a touring exhibition that making its only Australian appearance in Canberra. Running until mid-July, the pieces span sculpture, digital works, paintings and photography, including self-portraits, all sourced from the Canberra gallery’s British counterpart.

Subjects include sportspeople and rock stars like David Beckham and Ed Sheeran, to human rights activist Malala Yousafzai and literature’s Bronte sisters. “You think you’ve seen every image of these sitters, but there are so many unexpected moments,” says Gilmour. “It’s an exhibition that very much looks at the different choices artists have made when they’re trying to convey a sense of someone’s inner being.”

The Beatles by Norman Parkinson (1963)
Taken in a London hotel room shortly before their debut album Please Please Me came out, this photo finds The Beatles on the verge of unprecedented fame. “They’re really young and not affected by bitterness,” says Gilmour. “Just these equally kooky and cool young guys who are bright-eyed and bushy-tailed. It’s such a fabulous artefact of the 1960s and that moment before everything went completely bonkers for them. You get this sense they don’t know what’s about to hit them, as cocky as they might seem.”

Anna Wintour by Alex Katz (2009)
Another dissonant image is this brightly coloured, unguarded painting of enduring Vogue editor Anna Wintour, depicted without her signature sunglasses. “You really hone in on these piercing blue eyes she has,” says Gilmour. “It’s still very much her: there’s that razor-sharp bob cut she rocks all the time. But she’s not in the exhibition because she’s super stylish; she’s actually in the section of the exhibition that’s about power. You get a sense of her power and influence just from the strength and imperturbability of her gaze.”

David Bowie by Lord Snowdon (1978)
Modern music’s great shapeshifter is caught in a surprisingly direct and intimate moment in this black-and-white photo by Lord Snowdon, a.k.a. Anthony Armstrong Jones, who was once married to Princess Margaret. “It’s just a striking photo of him,” says Gilmour. “It’s very close-up, so his head and shoulders take up almost the entirety of the frame. It’s David Bowie simply as the enigmatic and very compelling man he was.”

Queen Elizabeth I by Nicholas Hilliard and associates (1575)
Painted a few years after she was excommunicated from the Catholic Church, this portrait of the first Queen Elizabeth exudes not just her regal bearing but many other layers of meaning, thanks in part to her elaborate, pearl-studded gown. “It’s the best part of 500 years old, but when you see it in person you’d swear it was painted yesterday,” says Gilmour. “Just the quality and the detail in the work is quite extraordinary.”

Sitting alongside images of such other Royal Family members as Princess Diana and the current Queen, the portrait reminds us how the royal image has long been manicured. “We tend to think of manipulation and control of one’s own image as a very modern phenomenon,” she says. “But it goes back as far as people like Elizabeth I and her father King Henry VIII, who were very conscious of the power of portraiture – and harnessed it accordingly.”

Amy-Blue (Amy Winehouse) by Marlene Dumas (2011)
Blue tinted and closely cropped around the late singer’s face, this intimate painting isn’t featured in the exhibition’s section about fame, but in relation to loss and memory.

“It’s very much making an observation about her image,” says Gilmour. “ We all remember her being hounded by the paparazzi, who seem to make a point of photographing people when they’re not at their best. But this painting is incredibly dignified. Even though it’s posthumous, there’s a sense of privacy about it, which Amy Winehouse was famously denied in her lifetime. It’s allowing her this moment of quiet. It’s really quite moving.”