What makes this winter blockbuster a world premiere? Context. See the revolutionary artist’s works in a whole new light as they’re exhibited alongside those of more than 60 of his contemporaries. Exclusively developed with two French art institutions, the exhibition paints a never-before-seen portrait of moments that redefined 20th-century art. “I just want a Picasso in my casa,” Jay-Z raps in Picasso Baby – the song he performed for six hours straight at New York’s Pace Gallery in 2013, inspired by legendary Serbian performance artist Marina Abramović, who was in attendance.

While there’s no Jay-Z or Abramović at the NGV’s blockbuster new Picasso exhibition, which opens tomorrow, it has 20th-century icons in spades. Or, at least, their works. Think artists, poets and intellectuals like Henri Matisse, Salvador Dalí, American writer Gertrude Stein and French photographer Dora Maar.

It’s the latest instalment in the Winter Masterpieces series, which includes more than 80 works by Pablo Picasso alongside 100 works by more than 60 of his contemporaries – many of them his close friends and accomplices, others his fans and followers. They’ll put Picasso’s influence in artistic and cultural context in an unprecedented way.

It’s been a long time coming. While taking Broadsheet on an exclusive, whirlwind tour, Ottinger explains, “More than 10 years ago, I curated a show at the Queensland Art Gallery, in Brisbane, about surrealism. [Current NGV director] Tony Ellwood was the director there at the time. One day in Paris over lunch, he said, ‘We should do something again.’ And for almost 10 years we refined the purpose of the show: a journey through the 20th century – not only for art, but also a history of the events, and how artists reacted to that history. The guide for this 20th-century journey is Picasso.”

That journey spans all of NGV International’s ground-floor galleries – except for the Children’s Gallery. Here, you’ll find a parallel experience for the young – and young at heart – titled Making Art: Imagine Everything Is Real.

Across 15 “thematic” sections, The Picasso Century traces the revolutionary artist’s career in its entirety. As soon as you enter the gallery, you’ll be taken back to the bohemia of early-1900s Paris – in a black-box room where large-scale projections of black-and-white images of the old artist quarter in Montmartre appear. The black-box room is a clever device that the curating team has used at a number of crucial stages in the exhibition, mimicking the historical junctures that were so influential for Picasso and his counterparts. They include, for example, footage of troops in trenches from the First World War, and later, harrowing scenes of civilians and decimated cities from the Spanish Civil War. Ottinger explains: “Through the big screens we’ve introduced different chapters.”

Spanish-born Picasso first visited Paris in 1900 – “The place for the art world at that time,” Ottinger says – and settled there in 1904. One of the most intriguing works in the initial rooms of the exhibition is French artist Marie Laurencin’s Apollinaire and His Friends (Second Version) from 1909. The painting is both a self-portrait and a group portrait; Laurencin presents herself in the foreground, among the various artistic personalities. Using predominantly brown and blue tones, and her trademark curvilinear lines, Laurencin’s work shares a certain likeness with the portraits of Picasso’s Blue Period (his sombre Portrait of a Man from 1902–1903 hangs nearby). She depicts a wide-eyed Picasso to the right of her central protagonist – French poet Guillaume Apollinaire, to whom she gifted the work – and to the far left appears Gertrude Stein, with her eyes closed. “She seems to be dreaming,” observes Ottinger.

The story of one of Picasso’s greatest friendships, with French artist Georges Braque, is also on show. The pairing of their works from the 1910s shows just how in-sync their ideas were. Picasso’s Still life “qui” spring from 1912 and Braque’s Fruit Dish, Bottle and Glass, from the same year, are so alike in their expression of the fundamental characteristics of cubism – the multiple and simultaneous perspectives, the almost-monochrome palette, the iconic lettering from newspaper texts – that it’s almost impossible to tell whose work is whose. Even Ottinger admits, “It’s quite difficult even for an art historian to say this is a Picasso and this is a Braque … It’s an illustration of their friendship, of two artists coming together during a period in time.”

Another key theme explored in the exhibition is Picasso’s influence on the interwar art movement, surrealism. Dalí’s Invisible Sleeping Woman, Horse, Lion from 1930 represents the unnerving, dream-like style; at a distance the subject appears to be one single creature with luscious waves of hair but, on closer inspection, it’s comprised of multiple curvaceous, entangled bodies. We also come across an arresting photograph by Picasso’s lover and muse Dora Maar – Untitled (Hand-Shell) from 1934 – in which a woman’s hand seemingly grows out of a seashell, complete with a foreboding skyscape in the distance. “She was a photographer initially,” Ottinger says, “but Picasso pushed her to be a painter and she painted mostly still lifes during the war.” Maar is also the subject of Picasso’s instantly recognisable Weeping Woman series; the NGV’s very own version from 1937 also features in The Picasso Century.

The exhibition reaches a surprising crescendo in a room painted an intense, vivid red; Ottinger asked that it match the colour of the communist flag. “This is not the most well-known chapter of Picasso’s life and work,” he says. Picasso joined the French Communist Party in 1944 and on a number of occasions created official artworks for the party’s cause. “He was attracted by this idea that art is not to please – it’s a weapon,” Ottinger says. “It’s something to interact with and to propose to the world.”

But almost as soon as the confronting brute-force of this period hits you, it dissipates. What’s next is a walkthrough of Picasso’s tranquil, postwar life in the south of France. Here, an extraordinary collection of the artist’s painted ceramics is presented, each in its own standalone glass case. Created at the Madoura ceramics studio in Vallauris, a seaside commune, in the 1950s and ’60s, they depict the artist’s most quintessential subjects – from doves to minotaurs, still lifes to cubist faces.

The Picasso Century draws to a close with highlights from the final solo exhibitions held before Picasso’s death in 1973, at the age of 91. The Matador from 1970 is a classic example from this late period: a grandiose self-portrait of the artist as a bullfighter, complete with a smoking cigar and swashbuckling sword. It’s showcased alongside a few more modest works by some of the greatest abstract portrait painters of the artist’s lifetime – such as Francis Bacon and Willem de Kooning. Ottinger explains that the 1970 and 1973 exhibitions of Picasso’s work were “a real disaster – the critics said he was … completely out of touch with the times.” But it wasn’t long before Picasso made a posthumous comeback.

Paintings from his later years appeared in the highly influential 1981 group exhibition, A New Spirit in Painting at the Royal Academy in London. The exhibition positioned Picasso as a 20th-century influencer, of sorts. And The Picasso Century endeavours to do the same.

To end the journey, you’re encouraged to reflect on the legacy of Picasso’s century – in yours. A three-channel video work, I See a Woman Crying (Weeping Woman) from 2009, by acclaimed Dutch artist Rineke Dijkstra, turns the lens on a group of school children who were asked to describe Picasso’s The Weeping Woman from 1937. “Facing a work of art, you can try to be an art historian,” Ottinger says. “But it’s also important to be like these kids – and consider how it makes you feel.” 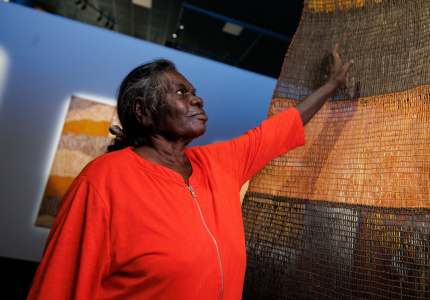 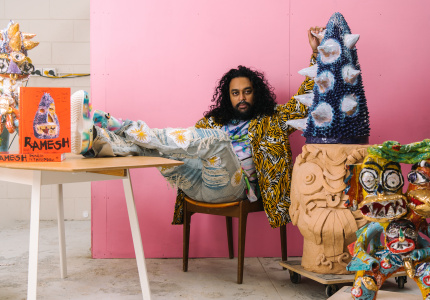