From Finalist to Designer: Joshua McKean

Four years after being nominated as a finalist in the Mercedes-Benz Design Award, industrial designer Joshua McKean still has a globetrotting mentality. 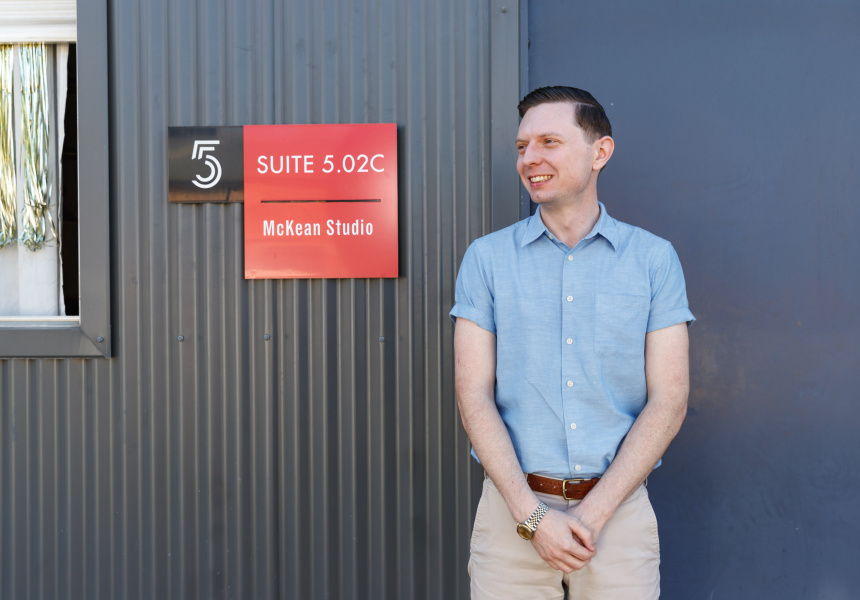 For Sydney-based industrial designer Joshua McKean, inspiration comes from one place: travel. In particular, Palm Springs, California – a locale he and his wife, illustrator and graphic designer Megan McKean, visit at least once a year.

“We love the feeling you get when you go there,” he says. “We’ve made lots of friends there. It’s a magical place.”

The desert city’s distinctive architecture was the inspiration for Joshua’s shortlisted entry in the 2015 Mercedes-Benz Design Award by Broadsheet. The Dudley is an update of the retro drinks trolley – a common feature of Palm Springs’ typical mid-century homes.

At the time of the award in 2015, Joshua was splitting his days between part-time work and running a design business, McKean Studio, with his wife. He says the nomination afforded him valuable feedback and recognition from the judges, Jardan owner Nick Garnham and head designer Tom Shaw, both veterans of the design industry.

That sense of accomplishment helped channel his passion for furniture design into practice. “It was definitely a validation,” he says, “that the things I want to do and I’m passionate about are legitimate, and other people see what I create and like it as well.”

Four years on from the award, Joshua balances his responsibilities at McKean Studio with work for an international furniture company in product requirement and compliance. “That’s working with designers and engineers all based offshore,” he says.

“[We’re] making sure everything that gets sold in Australia is suited to the way Australians use the product and meets all of the Australian standards.” The position is hands-on. “I’m still getting that enjoyment from creating and working with products, even it’s more of a background role.”

At McKean Studios, Megan has taken the creative reins. “We’re now focused less on the product side and more on the illustration side of things,” Joshua says. Megan’s portfolio includes the stunning Hello. . . ! children’s books series, as well as gift cards, printed silk scarves and a range of City Bangles, with pieces inspired by Amsterdam, Zurich and, of course, Palm Springs.

The creative couple see travel continuing to play a principal role in their future. “We’d love to work on different projects all over the world,” Joshua says. “If there’s something that comes up in Palm Springs, we can head over to Palm Springs for a couple of months and work there, and if then something else pops up somewhere else in the States, we can go there, too.”

Joshua thinks now is a great time to be establishing a career in design. “There’s been a lot of really cool small one- or two-people design companies pop up,” he says. “If they want to have a go of it and start to create something, there are more opportunities to go ahead and do that.”