How do you keep a creative marriage inspired? Start a podcast and broadcast the hard stuff. 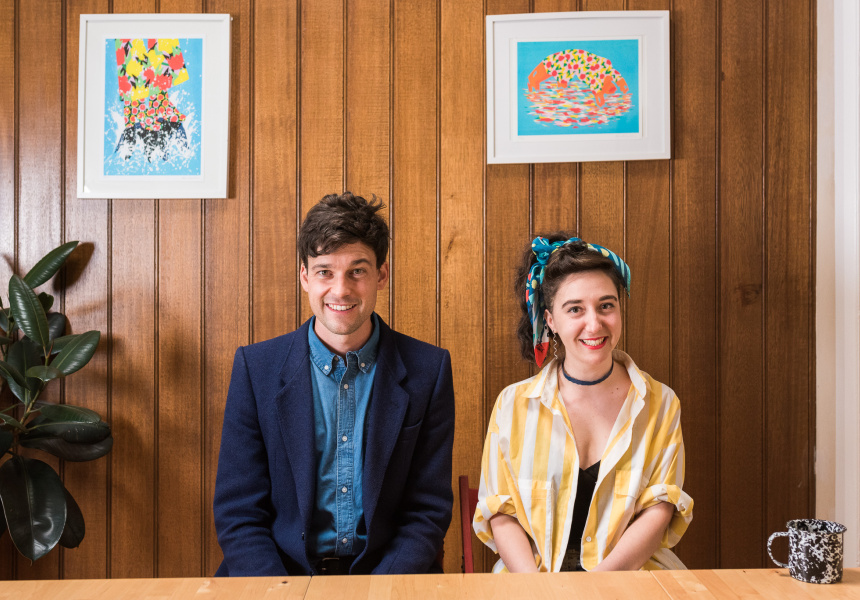 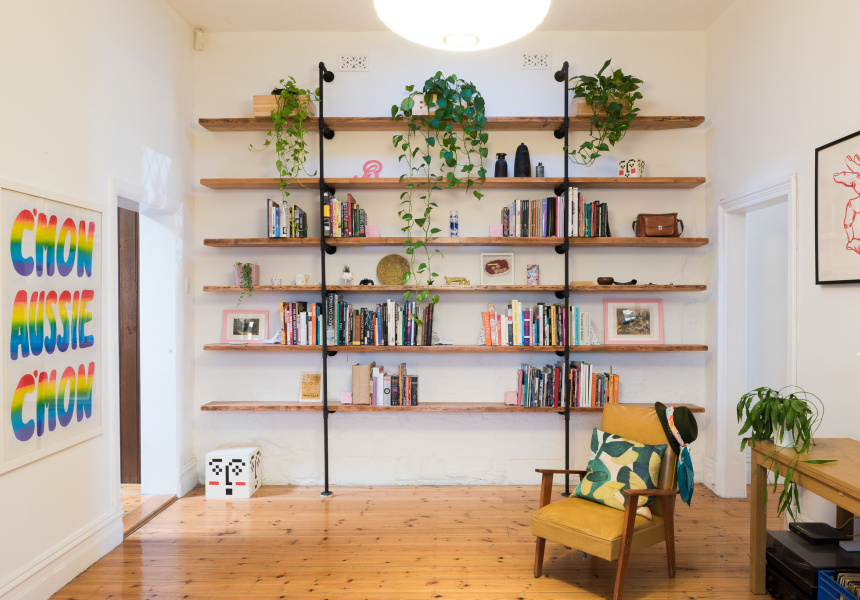 Deep, creative conversation is important to Peter Drew and Julie White. That’s how they connected – over a chinwag at an Andy Warhol-themed house party.

The pair sat up all night as their pals slept. “We talked about everything,” White says. “We just really clicked.”

That was 11 years ago. Both were in other relationships at the time but when those ended, love blossomed and three years later they married.

These days, conversation doesn’t always flow so easily. There simply isn’t time. Drew is a busy street artist and filmmaker, White a fashion and textiles designer. They both work from home. “We’re always together so we often talk about the little things,” Drew says. “Like when we need milk.” White adds, laughing. “That connection we had about our creative endeavors ties us together in a lot of ways.”

Their podcast Married to a Maker is a way to keep that connection tight. They record it at their kitchen table and question each other about artistic thoughts, dreams, and memories. “The podcast really gives us the chance to question each other and reconnect to those core values,” Drew says. “You can’t do that on a whim while you’re having a cup of tea. It takes time and effort.”

The podcast kicked off in October 2017. Drew interviewed White about what drives her to create her textile ranges. In the second episode, White interviewed her husband about his path into street art, film and posters about Australian identity. They also talk about the garden. In other episodes they discuss the importance of personal space and tension in relationships. “We wanted this to be about us sitting down and having a really solid chat,” says Drew.

Married to a Maker was his idea. “We’d never had a project that was our own,” he says. “The podcast is a way for us to debrief and get rid of all the noise in our heads. To have some dedicated time together.” He grins. “It’s a lot of fun because Julie can’t get away. If I’m asking difficult things it forces us both to confront stuff and settle everything.”

Listeners can ask questions via social media. “It’s like we created a platform for people to connect with us,” White says. “We’re trying to tease out difficult questions about the reality of being a creative.”

There’s plenty to talk about. In 2017 they bought a home in Rosewater, Adelaide. Before buying, they co-habited in the suburbs and shared a tiny unit in Glasgow where they studied at the Glasgow School of Art and Drew hit the streets with his politically charged street art. “In Glasgow the dinner table was split in half so he had one side as his desk and I had the other,” White says. “We’re very used to living in small spaces so it’s quite a relief to finally get to this point where we have our own rooms to work in and can close the door.”

They toyed with the urge to move overseas or across the well-trodden path to Melbourne. Ultimately, Adelaide’s liveability won them over. Their home dates back to 1910. It needed a lot of work and Drew did the majority of the renovations. Old carpet was ripped up from the large room that now serves as White’s studio. Her bright women’s accessories inspired by native flora and fauna fill the space. A colour-packed mood board hints at sock and scarf designs to come.

In the backyard a large shed was built to house Drew’s poster design and screen-printing. Both have big projects on the horizon. White is working on a new range and securing international stockists and collaborations (about which she is coy). Drew is working on a new collection ahead of a trip to America in August. “It’s getting away from Australian identity because I was sort of locked into that for a few years and I’m interested in other things.”

“I did a gun-control poster – that’s the only one I’ve released so far. I’m covering both sides of the political spectrum. You want to do something that tries to bring people together in the middle. It’s so easy to back up into your political camp and just lob shots over the extreme other side. Not only is that too easy, it’s also unhelpful.”

Drew’s work has popped up all over Australia. In 2016 he travelled the nation sticking up 1000 posters of Aussie folk hero Monga Khan, who applied for exemptions to the White Australia policy. His recent Seek Welcome Posters project included “Real Australians Say Welcome” paste-ups. “I was trying to tie in the multiculturalism of today and looking at the diversity of Indigenous culture as a pre-curser to that.”

Their home is also full of other people’s work. A large bookshelf, piled with art books and treasures, was made by Drew using salvaged wood. “For three years I was putting all of my attention and energy into [my] projects,” he says. “You stop thinking for yourself in some ways. I used the house and everything that had to be done here as a way to let it go for a bit so I could think again.”

Drew is motivated by relieving tension and conflict, whereas White is inspired by moments of joy, celebration, imagination and optimism. Somehow, it works. Together they’ve created a warm, inviting pad full of character. “It feels really nice but it’s not so nice it feels alien,” Drew says. “It’s got some nice faults to it that make it relatable.” Like the kitchen alcove. “Someone said it looks like a McDonald’s drive-through window.”

The secret to a balanced creative life? “We’re still figuring it out,” White says. “There aren’t really any rules. The thing that helps is if we’re in sync: getting up at the same time, going to bed around the same time. That’s when it’s good.” Drew smiles. “Sometimes I have the bad habit of staying up really late. As long as we’re in sync with each other, the rest of the world doesn’t really matter.”