The blockbuster exhibition features more than 230 pieces spanning the career and cultural impact of Gabrielle “Coco” Chanel. In partnership with NGV International, we took a walk inside. 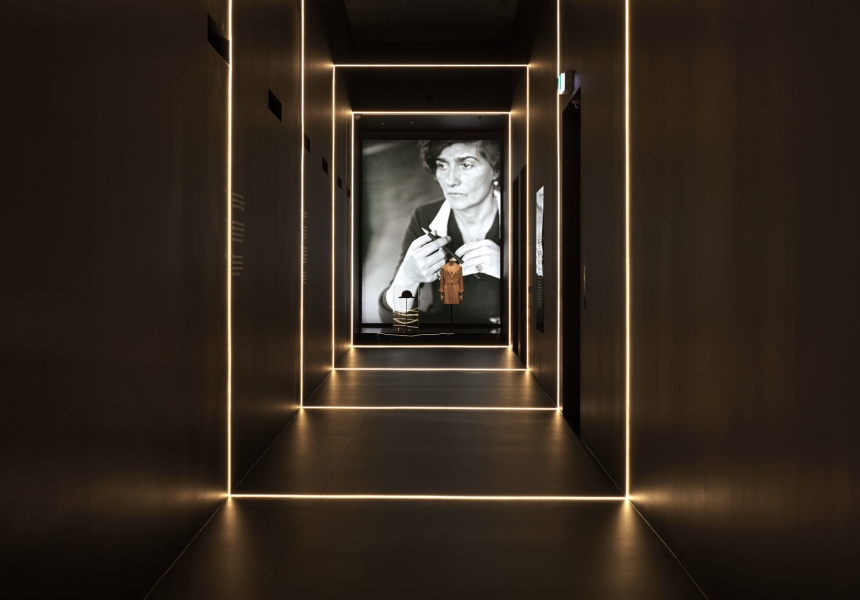 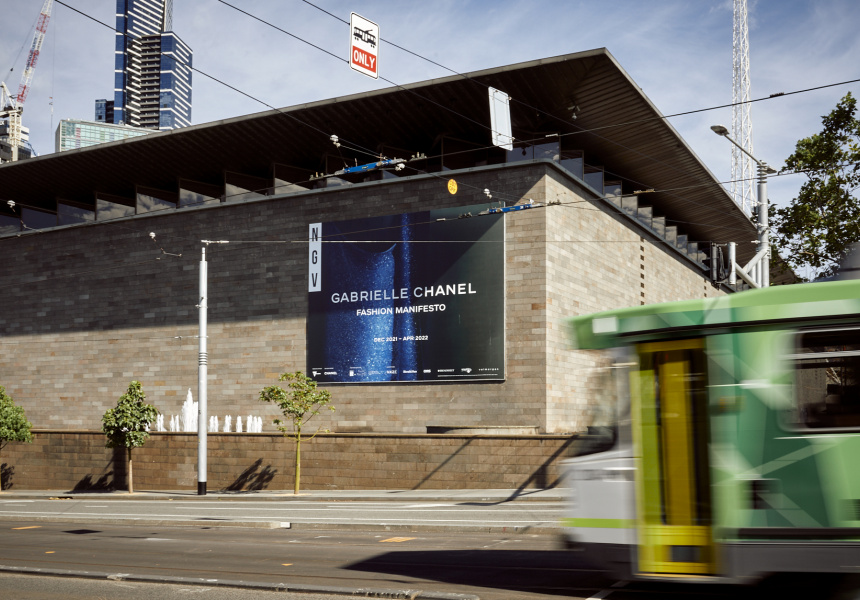 Illuminated light frames lead guests down a long, runway-like corridor into the NGV’s monumental Gabrielle Chanel. Fashion Manifesto exhibition. Panels are marked with significant dates from the couturière’s life – 1909, when Chanel first opened a milliner’s shop; 1921, when perfume Chanel N°5 was created; 1955, when she made a quilted lamb’s leather handbag and named it the 2.55 bag. The only thing missing from the timeline is December 4, 2021 – the opening date of this blockbuster exhibition in Melbourne.

“Nobody has presented an exhibition on Chanel’s work before [in Australia],” NGV curator Danielle Whitfield tells Broadsheet. “To be able to do it with [such] incredible depth and [encompassing all] the different practices of her career – beyond the iconic garments people are familiar with, to really look at her philosophy, incredible dressmaking techniques, craftsmanship and approach from 1916 to 1971 – is a really great opportunity.”

Minimalist lines lead guests through the space – an important element in the flow of the exhibition, as it was in Chanel’s craft. “The exhibition design really picks up on that language of understated, elegant, stark luxury,” says Whitfield. “For Chanel, fashion was about the beauty of the line. But in the exhibition space, we use the line as architecture … and in the way that visitors follow the narrative throughout the gallery spaces. Things are very clean and bare. We play with the house code, the colours of black and ivory, and we reference the staircases of Rue Cambon by way of reflective, mirrored panels.”

Paris’s Rue Cambon is not just the address of Chanel’s flagship store and the street where Chanel opened her first millinery boutique, Chanel Modes, in 1910; it’s also the address of her apartment. In large-scale looped videos, the designer can be seen monitoring runway shows from the mirrored staircase – a visual fixture that’s become an icon unto itself.

An evening gown from 1939 – with vibrant appliqué feather motifs – stands alone in an elevated glass cabinet. It’s the centrepiece of a room that has video footage revealing Chanel in the atelier during the garment’s draping process. We see her finessing the design before it’s cut. Her seamstress is sewing on feathers. Chanel has scissors and fabric hanging from her nape and she’s ripping off pieces of feather trim. It’s a pure example of the designer’s “less is more” approach and her devotion to modern elegance, shunning unnecessary extravagance in favour of subtle sophistication.

Chanel’s creative work was informed by her lifestyle. She was a pioneer who liberated women’s bodies from the physical constraints of the prevailing fashion, encouraging them to move more freely in their clothes. “When you look at some of Chanel’s clothes, [you see] they’re clothes for doing things,” says Whitfield. “When women are wearing these suits, they’ve got their hands on their hips, they’re in motion and moving. It’s not this staged, romantic backdrop. You also get to see the marketing, the idea of who this is for. It’s not just Chanel herself aged 70; it’s for Hollywood stars, first ladies and French cinema stars.”

The exhibition’s pièce de résistance is a hall of two-piece sets. Mannequins, lined up as models would for a runway, wear dark bouclé-wool suit jackets and trousers, pastel-peach cropped coats and skirts. A vivacious pink outfit commands attention. An example of Chanel’s radical approach to materials, it’s made from an open weave slubbed wool that imitates the texture of tweed, but with a dynamic fuchsia and raspberry pattern. The suit belonged to loyal Melbourne-based Chanel client Mrs Mavis Powell, who over 40 years filled three wardrobes with Chanel clothing.

“When people think of Chanel … it’s either a little black dress, chic understatement [or] the tweed suit,” says Whitfield. “But a great section of the exhibition is incredibly feminine and romantic, with great lace gowns that use complicated construction techniques and piecework panelling, but have a really airy, light quality. As you walk through the exhibition [you see] nothing’s ever heavy or cumbersome. There’s such a level of refinement of work, [and] you can trace that all throughout her career.”

Broadsheet is a proud media partner of NGV International. 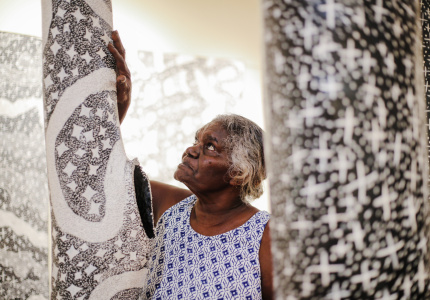 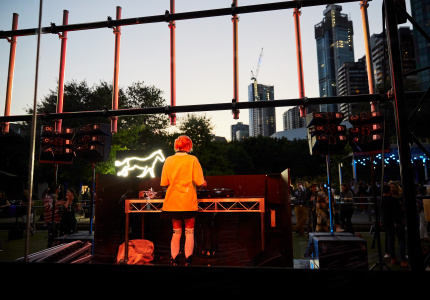