An Australian Brand Bringing Affordable Luxury Linen to Your Bedroom 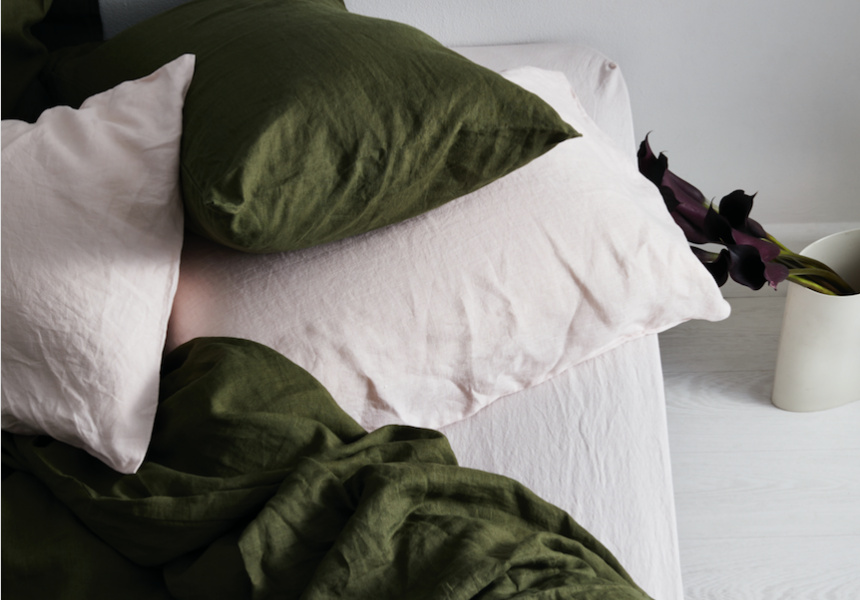 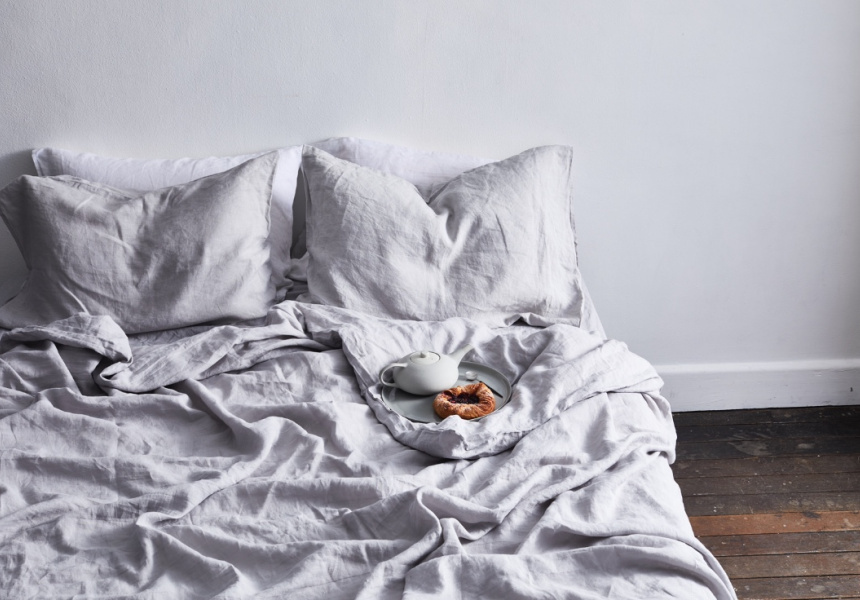 Five hundred dollars is a lot of money to spend on a linen bedding set. And the cost stings even more when the set excludes a doona cover.

That’s what Sydneysider Genevieve Rosen-Biller discovered when she was moving house in 2014. She wanted to invest in a quality linen set for her new bedroom, but everything available was too expensive.

“[I thought], ‘Why isn't there something on the market – an accessible, 100 per cent linen bedding set – that includes everything you need, packaged together, and delivered for free?’ That's when the idea and inspiration was born for Bed Threads,” she told Broadsheet.

After identifying a gap in the manchester market, she her husband Alan Biller set about developing their own bedding line. Two years later, after extensive research and development, they launched Bed Threads in 2017 and operate out of an office in Marrickville.

In the textiles industry, pure linen is considered a luxury fabric. It’s a natural and durable fibre with excellent insulation properties – light and breathable for summer and warm in winter. Also, “[linen] softens with time and use, while other fibres tend to deteriorate,” says Rosen-Biller, adding it’s the ideal trans-seasonal bedding material.

The long product-development process was a result of her commitment to finding the right linen mix. “It would've been easier to do a blend – so, not 100 per cent linen – or simply price our products at the same point as other players in the market.”

A Bed Threads double-bed set is about $250. It includes two pillowcases, a duvet cover and a fitted sheet. Its direct-to-customer business model means it has lower margins and the savings are passed on to consumers. Rosen-Biller has also integrated ethical and sustainable practices throughout the Bed Threads supply chain.

The flax – the plant linen is from – used is cultivated free from pesticides in France, and every part of the flax plant is used. “It produces both flax seeds [for food consumption] ... and the stalk is broken down and used for linen yarn,” she says.

The bedding sets are made in China, where Rosen-Biller says workers are paid above the minimum wage, and she visits the manufacturer every six months to satisfy herself that the working condiditons are good.

The final product is shipped in plastic-free packaging; it’s sent in a linen bag and delivered in a recyclable cardboard box. It’s both an environmental and aesthetic decision for Rosen-Biller. “Not only is [plastic packaging] wasteful, I feel it cheapens the experience of opening beautiful, natural bedding you've just invested in for your home,” she says.

Weighing in on the to-iron or not-to-iron debate, Rosen-Biller is firm. “Definitely not. One of the best things about linen is that is looks beautiful un-ironed,” she says.

Rosen-Bille recently rolled out a separates line (flat sheets and European pillow cases) and a curated selection of hand-poured, Australian-made candles. There are two available, Fireside and Spiced Peak and Oak.