Produced by Broadsheet in partnership with Lifeblood.

Australia is in need of more blood donors – and one organisation is getting creative in trying to make that happen. In partnership with Australian Red Cross Lifeblood, we take a look at the limited-edition bandages designed by Aussie artists, encouraging people to roll up their sleeves and give blood in October and November. 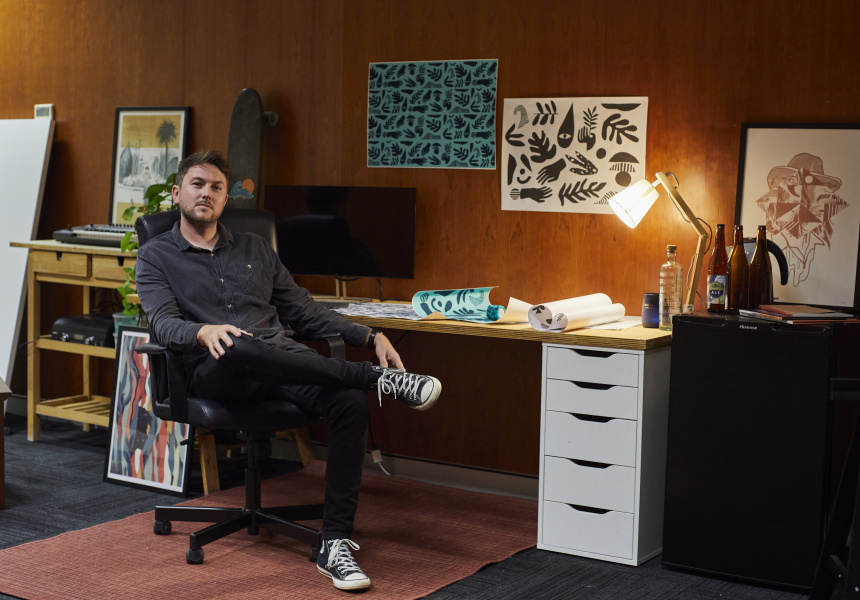 In the scheme of 2020, donating blood might not have been top of mind however, it’s just as important now as it has ever been.

Lifeblood is introducing a new initiative to encourage more Australians to donate blood in October and November, a period when donations typically fall. Lifeblood’s True Colours bandage series replaces the standard white bandages given to people after a donation, with limited-edition artist-designed bandages for six weeks from October 19.

Chris Nixon, a multidisciplinary artist who lives in Fremantle in Western Australia, felt a personal pull to the initiative – he had a friend who was unable to donate blood, and felt he had a responsibility to donate blood for the both of them. “It was important to me that I could do it so I should,” he says. “It was the one way as a young fit person that I could give back easily.”

Nixon donated “every couple of weeks” and soon got to know the nurses and staff who worked at the clinic, as well as the other regulars arriving at the same time for their appointments. These friendly faces soon formed a community that welcomed him each visit.

Years later, it was this experience of community that Nixon wanted to capture in his design for the Lifeblood True Colours, a series of tessellating shapes set against a vibrant aquamarine background. In the same way that the individual shapes form part of a larger picture, Nixon wanted to create the feeling that donors who wear the bandage “are part of a community and creating some positive change”.

Nixon worked on the bandage series during the first half of 2020 in the middle of the national lockdown. It was a period that highlighted the importance of community and connection as the nation’s population struggled to adjust to new social distancing rules. “We’re all feeling isolated,” Nixon says. “The project was a nice way to reach out to be part of a bigger collective.”

Nixon isn’t alone in his desire to give something back to the community after a tough year. Research released by Lifeblood reveals a third of Australians say they want to do more to help the community in the wake of the COVID-19 crisis, but many aren’t in a position to donate money to charity.

At a time when “people are feeling reflective and thinking about what they can do better and…the changes they can make in their life, this could be one of the positive things they can do to make a real difference,” Nixon says of regular blood donation.

Nixon hopes the True Colours campaign catches the attention of a younger demographic who have yet to donate blood or people who, like himself, who used to donate but let the habit lapse. “Life gets in the way,” he says. “But it’s like exercise… you’re always going to feel better once you do it.”

This article is produced by Broadsheet in partnership with Lifeblood.

Produced by Broadsheet in partnership with Lifeblood. Learn more about partner content on Broadsheet.