Aquabumps Photographer Eugene Tan Captures the Beauty of NSW From Above 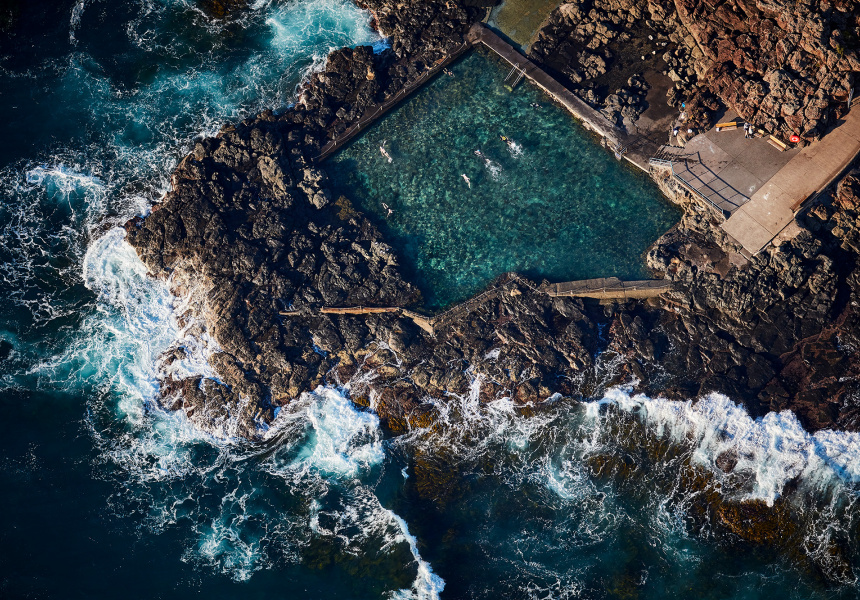 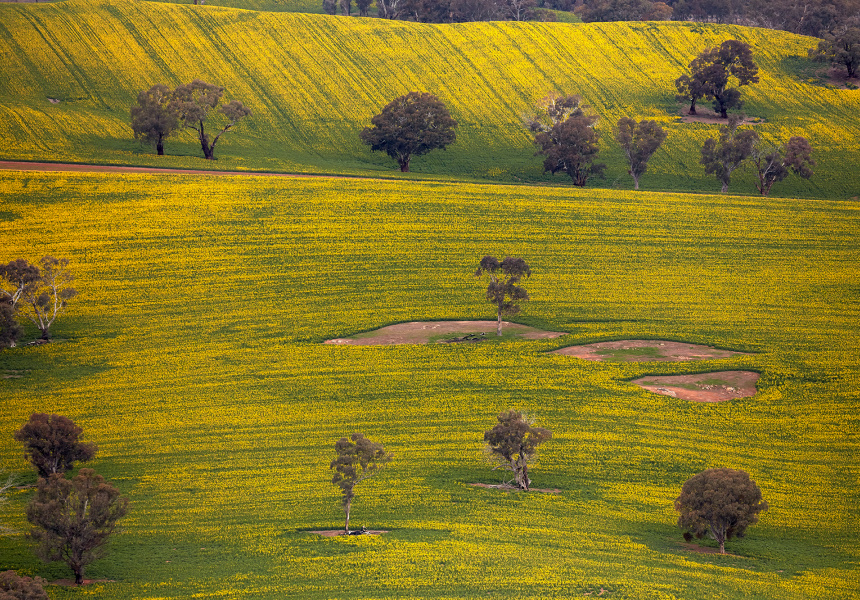 Eugene Tan is a beach guy. He wakes early most mornings to take photos of waves, surfers and beach culture at Sydney’s Bondi beach for his Aquabumps blog, which has 50,000 daily email subscribers and 125,000 Instagram followers.

But he momentarily traded the sea for inland NSW when he was commissioned by Destination NSW to travel across the state to capture aerial images and videos of the spectacular landscape.

“I spend 99.9 per cent of my time hugging the beaches and rarely venture inland. I ended up 1000 kilometres inland for my daily shoot,” Tan told Broadsheet.

Uge, as he’s affectionately known, captured the sculpted sand formations rich with Aboriginal history at Mungo National Park, which is more than 800 kilometres west of Sydney. He caught the snaking waterways of Lake Windamere, roughly 30 kilometres south-east of Mudgee, and the ancient rock-stack formations of Wolgan Valley, just west of the Blue Mountains.

He captured the rugged beauty of Montague Island off the South Coast and the Max Max-look of Tin City on the Stockton sand dunes, just north of Newcastle. He used it as an excuse to duck over to the ocean pools of Newcastle, and while in Kiama, he shot the rock pools from above. The photo of a vast horizon at Mildura, on the border with Victoria, sadly captures the land’s relentless drought.