An Australian-made lamp that references the mechanics of the solar system. 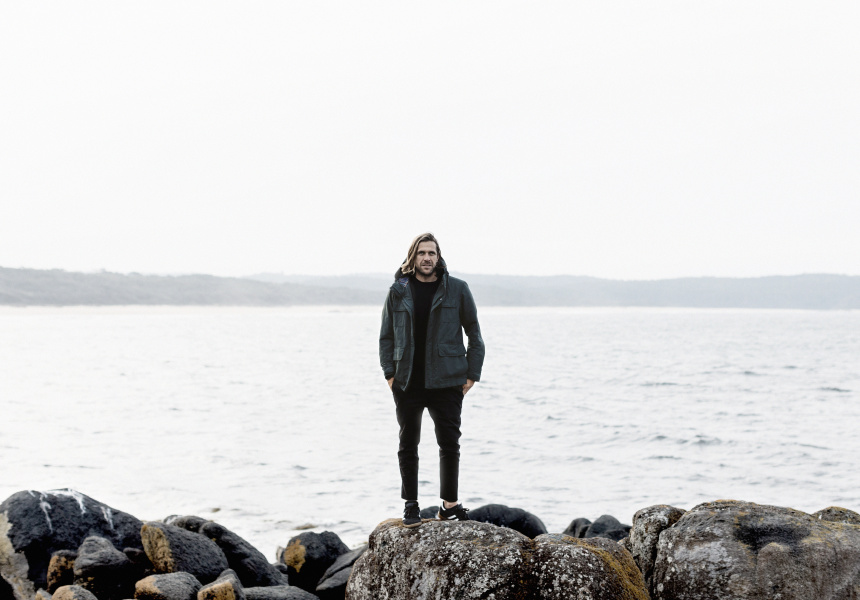 Inspired by the way in which planets orbit, rotate and eclipse, Addition Studio’s Stratosphere Lamp has been designed so that the the user can adjust the stone spheres around the light bulb to create their ideal lighting mood. “Think of it as a primitive light-dimmer switch,” says Addition Studio founder and designer Ryan Hanrahan.

The lamp features brass ends and a navy cord, with a bulb that is reminiscent of a lightsaber. So far the lamp is available in two materials; one is made from a white Calcutta marble and the other from Australian bluestone, which the studio receives after it is cut by machine and then coated to resemble a textured moon rock. The stone components can be positioned vertically or horizontally on a surface in range of the bulb’s light.

The lamp can achieve a full “eclipse” when the light piece is encapsulated by the two cylinder halves. “It then resembles a stone cocoon,” says Hanrahan. “There is something about this idea I love, because you can then break open the relic to reveal the light.”

With their recent rebrand (from Page Thirty Three to Addition Studio), the brand has released a collection, called Ritual, of incense, clay masks and burners using native Australian ingredients. To complement this it has created a limited-edition version of the Stratosphere Lamp in a concrete granite rose – an ode to the warm colour palette of the Australian Outback. The granite version has copper highlights at each end of the central light piece, which are (surprisingly) made by hand and assembled in the brand’s Sydney studio.

So how does the designer himself position the lamp? “Personally, I like to have it standing vertically, with one side open just slightly. I like the way the light quietly escapes around the stone edges.”

“Anatomy Of” is a new series that spotlights a single product we love. See the rest of the series here.