Australian skincare label Aesop has a reputation for products that make our homes – and the people within it – smell nice. And while its utilitarian packaging and the fit-out of its stores has always been a priority for the brand, it hadn’t moved into the design space proper – until now.

Aesop has released its first piece of design for interiors, an oil burner made from solid brass and which weighs a substantial one kilogram – a move Aesop says combines its passion for design, function and scent in one.

The idea – and the design itself – was almost four years in the making and came about in an informal discussion between Aesop founder Dennis Paphitis and long-time Aesop collaborator (and Sydney-based) Henry Wilson, who designed two Sydney stores for the group, in Balmain and Crows Nest.

“It went through many iterations and discussions,” Wilson tells Broadsheet. “Aesop has always supplied essential oils and burned them in their stores, and they were having a lot of requests for an oil burner; customers were asking if they could suggest one to use, but nothing was quite right. It was an opportunity to design something specifically. This is the first in that object design category for Aesop, and the process has been quite meandering and organic.”

The result is an asymmetrical, pod-shaped form that is made using an ancient wax casting process. Priced at $215, it’s not for everyone, but according to Wilson, this process helps the burner to have a raw, handmade feel, while still allowing it to be produced en masse.

“There are a few steps to wax casting but at its heart is a logical and simple process … that [is about] imperfections. The ripples and the shapes from casting become part of the treatment process. That’s something we wanted to retain so it had some life to it. We chose brass, as well, for its rawness. It’s a living material so it will change from atmosphere to atmosphere. The patina will change if you take it from Bondi to inner-city Melbourne, for instance. It’s very much a personal thing and every one will be different,” he says.

Aesop has also released a new oil blend, Béatrice. It is its fourth in the range and has a woody, citrus scent with notes of patchouli and cedar atlas. 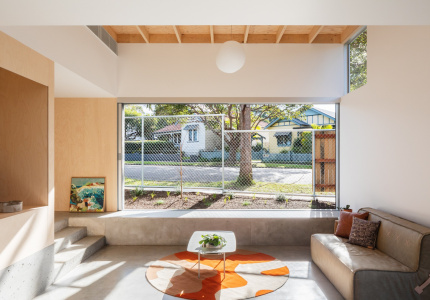