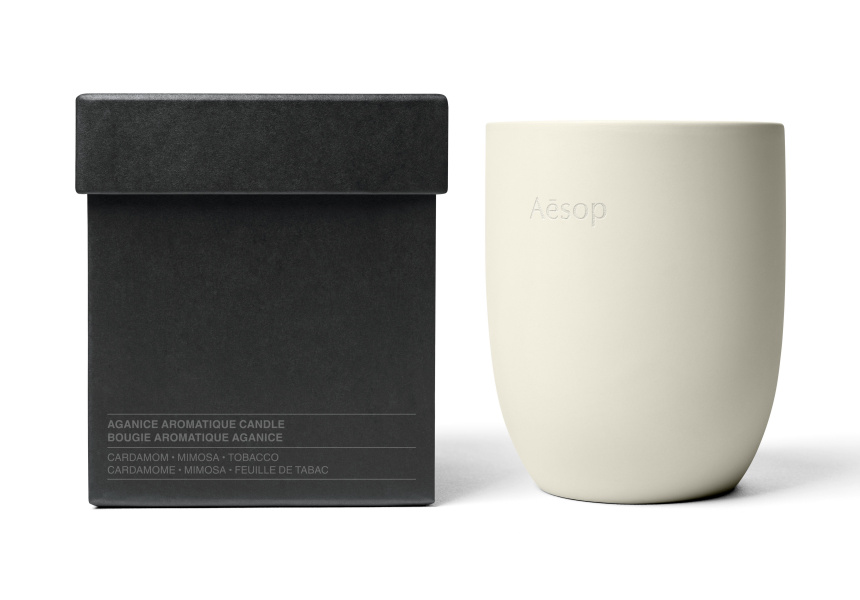 Australian luxury skincare company Aesop has added a trio of candles to its Home Care range, each named after ancient stargazers.

The candles, which have been created in collaboration with French perfumer Barnabé Fillion, are packaged in alabaster ceramic vessels (each with a quote on the inner lip). The pretty containers can then be repurposed after the candle burns down.

While these are the first candles from the Melbourne-born brand, it’s not the company’s first time working with Fillion – he helped created Aesop’s Marrakech Intense, Hwyl and Rozu perfumes. The candles sit alongside the company’s signature oil-burner blends and room sprays (the latter are also created with Fillion). The candles have a base of paraffin and rapeseed oil, and burn for 55 to 65 hours.

Paris-based artist Mattis Dovier was also commissioned to create a series of illustrations that reflect Aesop’s concept for the range.

The candles are available at Aesop stores and online for $135.