And for the first time in 100 years, the Archibald has finally achieved gender parity. 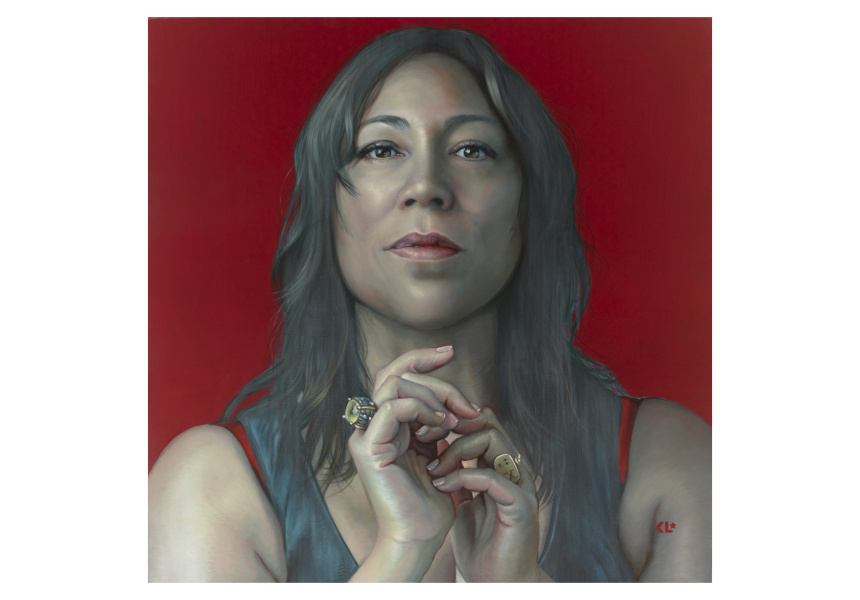 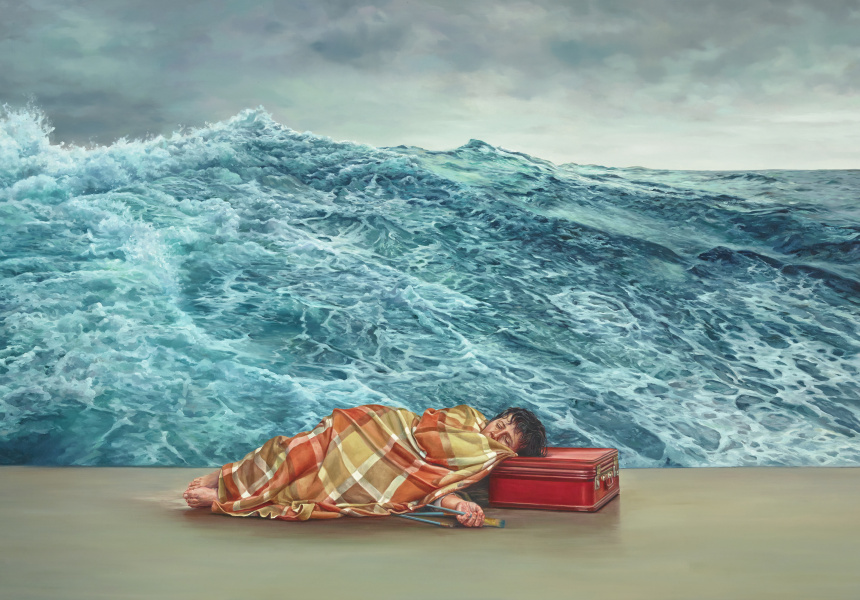 It’s taken 100 years but, for the first time ever, gender parity has been reached in the art prize that stops the nation: the Archibald Prize. In the centenary year of the perennially popular and predictably controversial portrait prize competition, exactly half of the 52 finalists unveiled today at the Art Gallery of NSW are women artists.

Portraits by former Archibald winner Fiona Lowry and Wynne Prize winner Natasha Bieniek are joined by other female artists, including Lucy Culliton, Tsering Hannaford, Thea Anamara Perkins, Sally M Nangala Mulda, and Julia Ciccarone. Between them they have painted a diverse field of sitters, ranging from fellow artists and self-portraits to actors, politicians and everyday heroes whose stories have gripped our attention in the past 12 months.

Another very welcome “first” saw painter and former Archibald finalist Kathrin Longhurst awarded the $3000 Packing Room Prize for her portrait of singer-songwriter Kate Ceberano, the first time a female artist’s portrait of a female sitter has won. The award is chosen by the gallery staff who receive, unpack and hang the entries, with 52 per cent of the vote given to head packer Brett Cuthbertson.

The captivating portrait captures a pensive but strong Ceberano. It was painted after Ceberano approached Longhurst, impressed by her portrayal of women on canvases she’d seen in the home of mutual artist friends David and Yuge Bromley. The portrait was done earlier this year, the day after Ceberano emerged from a 14-day hotel quarantine, following the tough decision to move her family to Sydney, so devastated was the live music scene in Melbourne because of Covid-19.

“You have painted me inside and out of my skin, you have given me dignity and power, without words,” says Ceberano, who flew in from Melbourne for the announcement but opted not to attend in person because of the recent Covid-19 outbreak. “I feel the painting expresses my concern for the future but I still feel strong, like a proud Mohican, especially today when so much of my work has been taken away by a culprit unseen and yet so calamitous. I was so fragile and burdened with more change than I could handle at that time, so much to process. The sitting relaxed and allowed me to share this with Kathrin and I’m so pleased she’s captured all of this on the canvas.”

Longhurst says she had three concepts for the portrait but ultimately let Ceberano choose, believing that portraiture is a collaborative process between artist and sitter. “I’d picked Kate mid-song [as a concept], but she said she wanted her daughter to see her as strong and calm, so that’s what we ended up settling on.”

One hundred years since former AGNSW trustee and founder of The Bulletin magazine JF Archibald left a bequest to foster portraiture and perpetuate the memory of great Australians, the Archibald Prize has resulted in more than 6000 works from 1500 artists.

And there are yet more firsts in this centenary year: for the first time there are more finalist works by women than men across all three shows (58 of the 112 Archibald, Wynne and Sulman finalists are women and 54 men). And, there are 20 Indigenous artists among the finalists in the Wynne Prize for landscape, also a record.

Despite being 100 years in, the popularity of the Archibald Prize shows no signs of abating.

“The public likes it because it’s us looking at us and it’s a capsule of a period of time, so these are people who are around us now,” says Archibald, Wynne and Sulman Prize curator Anne Ryan. “People feel drawn to portraiture because of our curiosity towards other people, so the subject is perennially popular with a broad audience.”

The winning paintings will be announced on June 4, with the $100,000 Archibald Prize finalists and winner chosen by the AGNSW trustees, including artists Tony Albert and Quilty. The trustees also judge the $50,000 Wynne Prize; while this year’s [rotating] judge of the $40,000 Sulman Prize for best genre painting, subject painting or mural project is artist Elisabeth Cummings. The ANZ People’s Choice winner is announced on September 1.

This year the Archie 100 exhibition will be presented alongside the Archibald, Wynne and Sulman prizes. It’s a landmark exhibition exploring the faces and stories behind 100 finalist portraits handpicked from each decade.

Archibald, Wynne and Sulman Prizes 2021 and Archie 100: A Centenary of the Archibald Prize will be on display from June 5 to September 26 at the Art Gallery of NSW.