A film created on a bullet train, a spectacular two-piece painting by a mother and daughter, and a piece in which the fabled, dragon-fighting Saint George is replaced with an Indigenous woman are just three finalists in the prestigious Telstra National Aboriginal and Torres Strait Islander Art Awards. 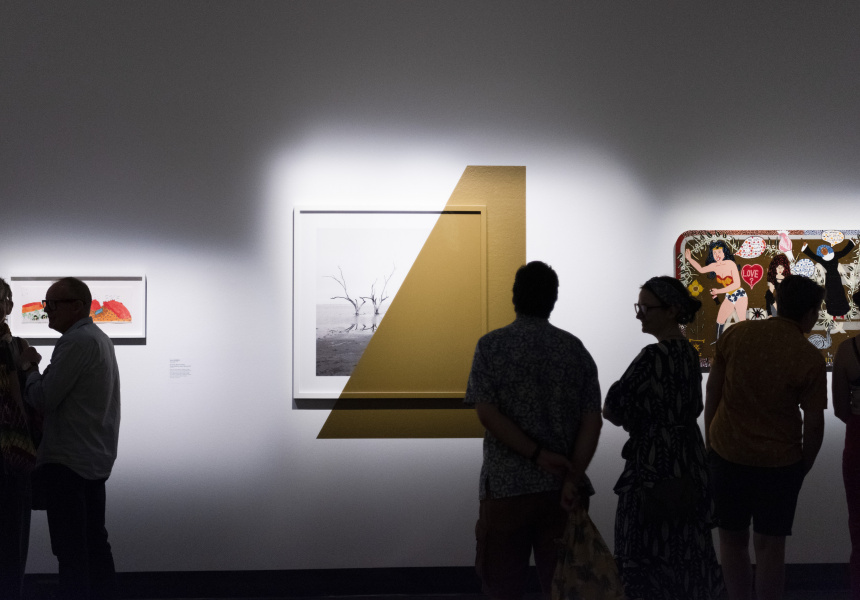 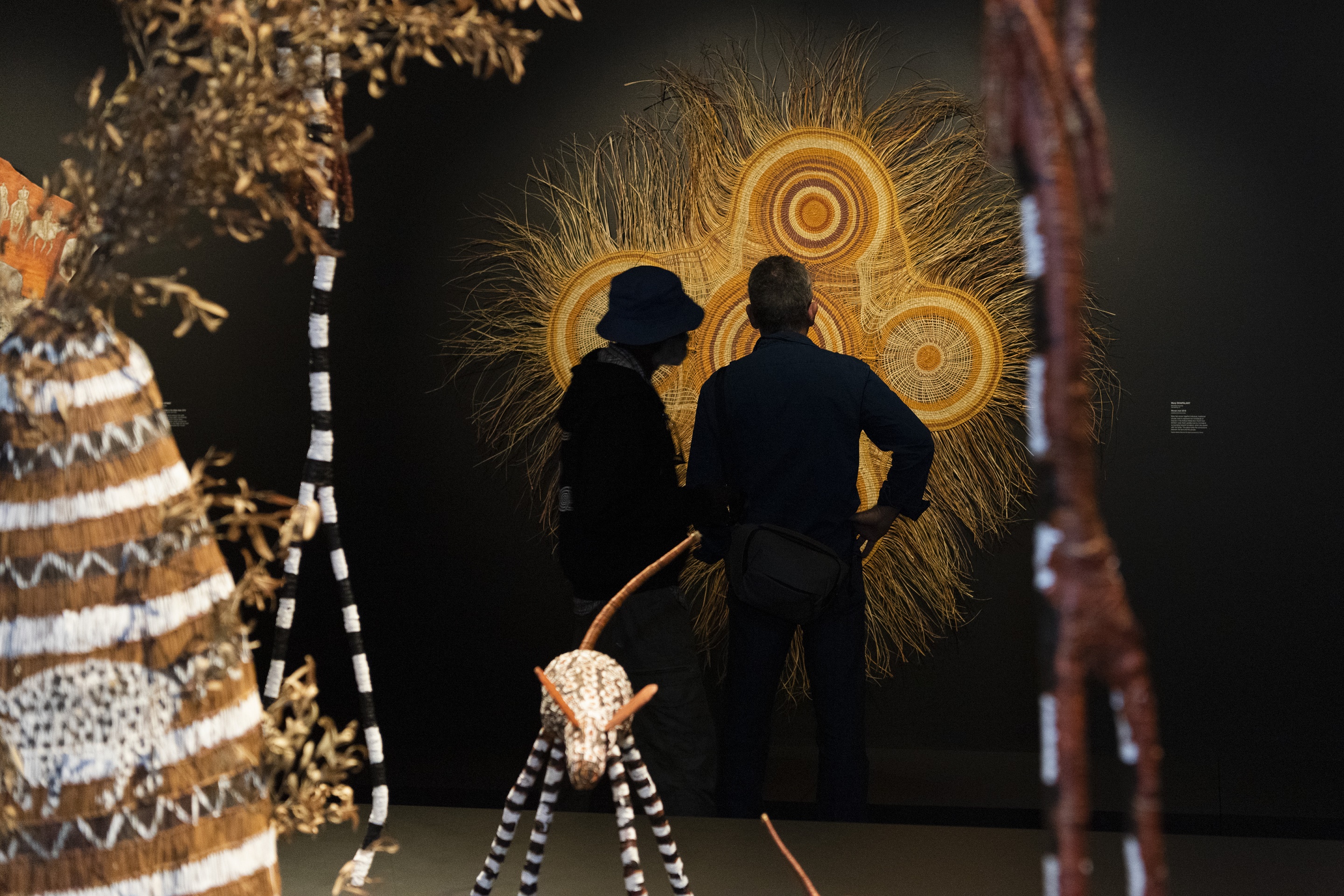 In any other year, the second weekend of August brings myriad events – and thousands of visitors – to Darwin to celebrate the creative achievements of Australia’s First Nations peoples. One of these is the announcement of the winners of the Telstra National Aboriginal and Torres Strait Islander Art Awards (NATSIAAs), the country’s longest-running Indigenous art awards.

The ceremony usually attracts thousands of people to the lawns of the Museum and Art Gallery Northern Territory, says the museum’s curator of Aboriginal art and material culture, Luke Scholes. “It is a really pivotal event on the Aboriginal Indigenous art calendar.”

The night of celebration will have a different kind of feel this year, in the form of a digital broadcast, he says. But the excitement around the group of finalists remains the same.

“Pre-selection was challenging. But it was incredibly reaffirming to see the unique ways people are telling stories, the ways people are reinventing traditional forms and materials and the generosity of our community in sharing the most personal, and often challenging stories, through their diverse practices,” curator Tina Baum, a Larrakia/Wadaman/Karajarri woman, said in a statement.

Baum selected the 65 finalists – from 238 entries – with Wadjarri/Nhanda/Nyoongar curator Glenn Iseger-Pilkington and Scholes.

“We have traditional weaving forms hanging next to video works, next to crazy beautiful acrylic painting from the APY lands,” Scholes says. “It’s an incredible selection of work that brings into one space the diversity of practice.”

The NATSIAAs, now in their 37th year, are awarded in seven categories – including works on paper, bark painting and multimedia – with a total prize pool of $80,000. The main prize, the Telstra Art Award, is worth $50,000.

The awards have played an important role in amplifying the work of Aboriginal and Torres Strait Islander artists, and many alumni are now represented in major national and international museums and private collections. Richard Bell, Tony Albert, Nici Cumpson, Danie Mellor and Josh Muir are all past winners.

The awards also have a rich history of selecting finalists from diverse regions across Australia: this year’s come from remote communities from the Aṉangu Pitjantjatjara Yankunytjatjara (APY) Lands in northwest of South Australia, the Kimberley region of Western Australia, the West Arnhem in the Northern Territory, as well as cities including Darwin and Melbourne.

“Because so many indigenous artists, particularly from remote areas of country, don’t begin their artistic practice until quite late in life you do have these incredible ages and life experiences of the artists,” Scholes says. “This year we have an 18-year-old artist and a 95-year-old artist as well.

“It’s the strength of emerging artists in this year’s exhibition that is the highlight for me,” Scholes adds. Eleven of this year’s finalists have practiced for less than five years.

At 18 years old, Siena Mayutu Wurmarri Stubbs, a Yolnu woman who grew up in the community of Yirrkala in the Northern Territory, is the youngest finalist. Since graduating from high school last year, she’s been working at the Mulka Project, a collective of artists, filmmakers, engineers and post-production technicians who are using technology to sustain Yolnu knowledge. (The Mulka Project’s powerful, immersive artwork, Watami Manikay, is a highlight of this year’s Biennale of Sydney.)

Stubbs’s NATSIAA piece is a film and sound work, Shinkansen, which she created on a bullet train in Japan as it travelled between the cities of Nagoya and Kyoto, and which reflects on her heritage and place in the world.

A shortlisted work by Marri Ngarr man and Brisbane-based artist Ryan Presley, draws on the Christian story and iconography of Saint George and the Dragon and features 23 karat gold, an ironic nod to early Christian Western art.

In his work Crown Land (till the ends of the earth) Presley has replaced St George with an Aboriginal woman, who battles the grotesque dragon. Like the Blood Money currency exchange booth he created for a 2018 solo exhibition, this piece continues his exploration of the dark role of currency in colonialism.

Other highlights include a spectacular diptych painting that former NATSIAA and Wynne Prize-winner Betty Kuntiwa Pumani created with her daughter, Marina Pumani Brown, and a piece by Wiradyuri artist Amala Groom (the only New South Wales finalist) called The Fifth Element, 2020, in which a print of Down on His Luck – the celebrated 1889 work by Australian impressionist Frederick McCubbin that depicts a brooding swagman – is painted over in red text that ironically says, “We Are All In This Together”. (Groom also recently won the prestigious Wyndham Prize for a piece that featured a fake boomerang on a stack of gold coins, titled Copywrong.)

The artworks remain under wraps until August 8, when they’ll be revealed in Darwin – alongside the prize winners – at the exhibition opening.

The 2020 NATSIAA exhibition is showing at the Museum and Art Gallery of the Northern Territory from 8 August 8 to January 31, 2021.

Alana Kushnir is the founder of Guest Work Agency, an art law and advisory practice for artists, galleries and arts organisations, and Guest Club, a support network for emerging art collectors. 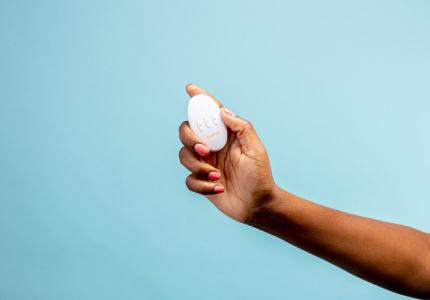 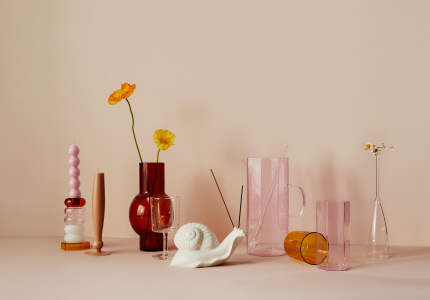