“I feel like this is a very important moment in Australian art,” said the artist in a statement. This year’s Wynne Prize was won by fellow Indulkana artist Hubert Pareroultja, and the Packing Room Prize went to Wongutha-Yamatji man Meyne Wyatt. “What an honour it is to be the first Indigenous winner of the Archibald Prize. It only took 99 years,” said Vincent Namatjira via video link, when he accepted the award on Friday.

The Anangu Pitjantjatjara Yankunytjatjara (APY) artist has won this year’s $100,000 Archibald Prize for his portrait of ex-AFL player and community leader Adam Goodes, titled Stand strong for who you are. The painting depicts Namatjira in the foreground alongside Goodes, who also appears in the background in three iconic poses – including his 2015 “war dance”, which sparked racist abuse and a public discourse.

Speaking from Indulkana in the remote APY Lands, Namatjira said: “I feel like this is a very important moment in Australian art. It’s an honour to be the first, but I also want to acknowledge all of the Indigenous finalists and Indigenous sitters for the Archibald this year and in past years.”

Namatjira first met Goodes when Goodes visited Indulkana as part of his work promoting Indigenous literacy. The artist reached out to him after watching Ian Darling’s 2019 documentary The Final Quarter, which explores the final three years of Goodes’s playing career, when he took a stand against racism.

“When I saw [it] my guts were churning as I relived Adam’s experiences of relentless racism on and off the field. Memories of my own experiences were stirred up,” said Namatjira.

“We share some similar stories and experiences of disconnection from culture, language and Country, and the constant pressures of being an Aboriginal man in this country. Goodesy is much more than a great footballer; he took a strong stand against racism and said enough is enough. I stand strong with you too, brother.”

For Goodes, this is also a defining moment, and he sent a message of support to Namatjira, which was read at the prize-giving ceremony.

“I am thrilled that an Indigenous artist has won for the first time and I’m so pleased it shines a light on all Indigenous art. We have a 60,000-year history of art and culture in our people, and we share this knowledge and gift of culture with all Australia. Vincent and I are also countrymen. I’m so proud of Vincent and his family, their journey has been shared through art for generations.”

The great-grandson of acclaimed landscape painter Albert Namatjira, Vincent’s win marks his fourth time as an Archibald Prize finalist. Last year he was awarded the $100,000 Ramsay Art Prize for his irreverent, double-sided interrogation of colonisation. Close Contact featured Captain Cook on one side and Namatjira on the other side giving a thumbs up.

“Vincent’s work shows how much portrait painting still has to say and what strong voices our Indigenous artists have,” he said.

The Archibald Prize (now in its 99th year) and the Wynne Prize for landscape painting or figure sculpture (established in 1897) are judged by the AGNSW’s 11 trustees, two of whom are artists.

This year’s $50,000 Wynne Prize was also won by fellow Indulkana Indigenous artist Hubert Pareroultja, for his stunning landscape Tjoritja (West MacDonnell Ranges, NT). The first-time Wynne finalist said he’d been so shocked by the news he was initially speechless.

“I’m glad my work is appreciated and seen by so many people down south, it’s my country that my father showed me when I first learnt to paint ... the West MacDonnell Ranges, a country I’m a traditional owner of,” the Western Aranda man said of his painting, which depicts his family’s giant caterpillar Dreaming.

This is the fifth year in a row an Indigenous artist has been awarded the Wynne Prize.

The $40,000 Sulman Prize for subject painting, genre painting or mural project was selected by guest artist Khadim Ali from 18 finalists and awarded to western Sydney artist Marikit Santiago for her work The divine, which depicts her three young children (the work also includes markings from all three).

In accepting the prize, Santiago – who is also the guest judge for this year’s Young Archie – said, “I hope the communities from which I belong feel represented when they see my work. I hope it speaks to the Filipino community, the biracial kids growing up with multiple multicultural identities, the young artists in Western Sydney and artists who are mothers. I hope they feel supported and accepted when they see work from someone like me hung on the walls of the Art Gallery of NSW.”

The Archibald, Wynne and Sulman finalists will be on display at AGNSW until January 10, before touring regional NSW and Queensland. The Young Archie winner will be announced on October 24. 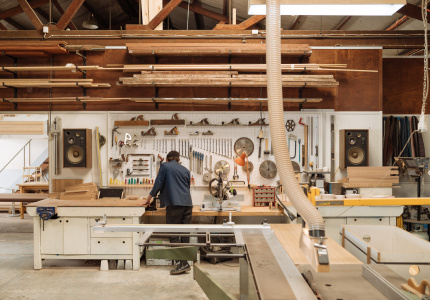